Home > Analysis > A Conversation with Esraa Abdelfattah and Bassel Adel 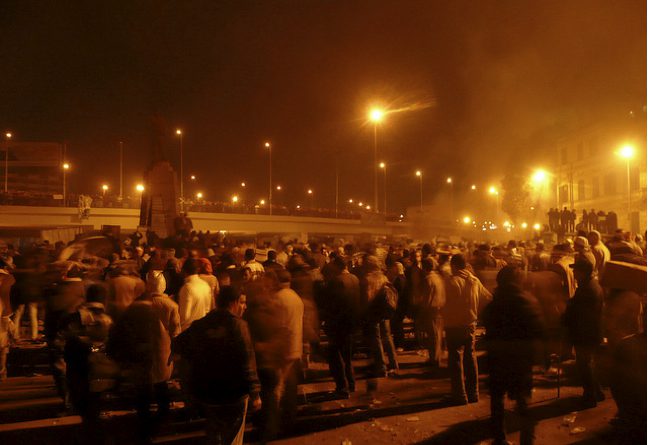 Esraa Abdelfattah, already a leading activist prior to 2011, played a major role in the January 2011 Egyptian revolution. She has been a political activist since 2008, when she created the April 6 Strike Group on Facebook, which grew to 70,000 members and resulted in her arrest. She is currently vice-chairman of the Egyptian Democratic Academy, a nonprofit youth organization that promotes democracy, human rights, and political participation. For her efforts during the revolution, she was nominated for the 2011 Nobel Peace Prize, selected as the 2011 Woman of the Year by Glamour magazine, nominated for an Atlantic Council Freedom Award, and named as one of the 100 Most Powerful Arab Women by the Arabian Business magazine. Abdelfattah also won a New Generation Democratic Activist Award from Freedom House in June 2010 and founded the Free Egyptian Women Group, which seeks to empower women to participate in social and political activities.

Bassel Adel represented Nasr City as a Member of Parliament before it was dissolved last June. He is also a political columnist for Youm 7 and Al-Watan daily newspapers. He cofounded the Free Egyptians Party in April 2011, a party of the Egypt Bloc, and serves as a member of its executive committee. Since cofounding the El-Ghad Party with Ayman Nour in 2004, Adel has advocated for broader political participation in Egyptian politics, and he has run for parliament twice on a liberal-secular platform. He was also a cofounder of the Misryatona Amana campaign to raise citizen awareness of the December 2012 Egyptian Constitution. In 2011, he was ranked among the most active Egyptian parliamentarians, and in January 2013, he was appointed to serve as a steering committee member of Mohamed Al-Baradei’s Dostour Party.

El-Ghad Party with Ayman Nour in 2004, Adel has advocated for broader political participation in Egyptian politics, and he has run for parliament twice on a liberal-secular platform. He was also a cofounder of the Misryatona Amana campaign to raise citizen awareness of the December 2012 Egyptian Constitution. In 2011, he was ranked among the most active Egyptian parliamentarians, and in January 2013, he was appointed to serve as a steering committee member of Mohamed Al-Baradei’s Dostour Party.

JMEPP: The new Egyptian constitution codified a special position for the Egyptian army, even legalizing the use of military courts to try civilians. Do you see this as a major hurdle to the development of democracy in Egypt?

JMEPP: Where would this committee operate? Would it be based in parliament?

ABDEL FATTAH:  It would not be based in parliament, because the majority of the members in the Shura Council are Islamist-oriented. We need an independent legal institution made up of people who have experience in domestic and international law to make modifications to these twenty-five or thirty items.

JMEPP: Bassel, do you agree with Esraa’s recommendation and, if so, where would this committee gets its power if it is not located within parliament?

ADEL:  I support the idea of an independent legal committee, one that includes every political color in Egypt in order to make new recommendations for the constitution. Other examples from the thirty items in the constitution that need to be rewritten relate to the military, the independence of the constitution, transitional justice, as well as the authority of the religious state that is protected in the new constitution. Additionally, this constitution must become compatible with the international standards of human rights. President [Mohamed] Morsi and the Muslim Brotherhood must pass these modifications in the next parliament.

JMEPP:  So you see the reforms happening by the committee advocating to the president and then the president helping these reforms pass through parliament?

JMEPP: Esraa, you mentioned that the new constitution is problematic for women. What reforms would you recommend to better protect the rights of women in Egypt?

ABDEL FATTAH: We asked that women be included in the first half of any party list in an election, but the Islamists rejected this idea. This reform would guarantee women seats in parliament. I do not think this is a strange recommendation. There are many other items against women’s rights, not only in political life but also in social life.

JMEPP:  What recommendations do you have for policy makers in the United States and other countries regarding their relations with Egypt?

ADEL: We have told U.S. policy makers that they must support the Egyptian people and the demands of the street, not the regime in Egypt. Supporting the regime will repeat the same mistakes made by the U.S. during the Mubarak era. It is essential to forge a new relationship between the Egyptian people and the American people, based on a partnership, not on following U.S. policy.

ABDEL FATTAH: I would tell policy makers that our country is not our president. If you deal with the president as if he is the country, then it will be no different than the Mubarak era. This was the case for the last fifty years. The U.S. government dealt with our country as the country of Mubarak and now you see him going to jail by the voice of the people. So I would tell policy makers that the real power of any country lies in its people, not in its leader. I advise them to recognize and understand that the people can change any leader, so your interest and trust should be with the people. 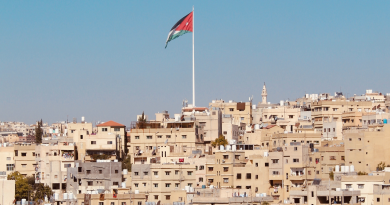 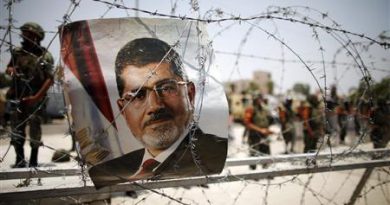 March 19, 2014 Comments Off on Inside the Middle East: Democracy in Egypt (Video)