Home > Uncategorized > The Triumph of Democracy in Tunisia

Tunisia’s parliamentary elections, held on October 26, resulted in Nidaa Tounes garnering 39.71% of the vote and Ennahda receiving 31.79%, robbing the Islamists of their leading seat. Nidaa Tounes’s victory has been widely hailed in the media as a victory of secularism over Islamism. This discourse fits neatly into Western conceptions of modernization and secularization that accompanies it. In their framing, Tunisia’s transition is succeeding precisely because the people have kicked out the Islamists and voted in the seculars, embracing the liberal principles of separation of state and mosque, and commencing on a path to modernity akin to the West’s own. However, a closer examination of the Tunisian case seems to render the Islamist vs. secular distinction unproductive in helping us understand the rationale behind the Tunisian vote.

First, one must examine the reasons behind Ennahda’s victory in 2011. Polling data from the Arab Barometer (an initiative conducted jointly by the University of Michigan and Princeton University), conducted during the summer of 2011, reveals that Tunisians did not desire a religious system. 76.5% of respondents indicated that they supported a civil state compared to 23.5% who claimed that they wanted a religious one. Furthermore, 78.5% of respondents agreed that the role of Islam in public life should be minimal. Even among those who identified themselves as religious, 63% said that men of religion should not influence government decisions and 78.4% agreed that men of religion should not influence how individuals vote. In addition, when asked about the primary causes of the Revolution, 64% cited economic dissatisfaction as the primary factor and a further 17.9% identified it as the second most important cause. Only 4.1% cited the creation of an Islamist state.

Nonetheless, perceptions of Ennahda as a party were more favourable than expected, given the party’s identification with Islam and the electorate’s views mentioned above. 49.4% of respondents indicated that they trusted the party. Therefore, the Arab Barometer’s findings seem to demonstrate that the vote for Ennahda in 2011 was not related exclusively to its Islamic credentials.

Possibly the most significant factor involved in Ennahda’s success was its ability to organize and mobilize more effectively than its rivals. Ennahda established offices in every Tunisian province, canvassed from door to door, and sponsored local charitable events. From gleaming high-rise headquarters in Tunis, it distributed its publications in several languages and held news conferences to lay out its platform. Tireless organizational campaigning, accompanied by the resources to support such efforts, ensured that Ennahda was able to establish a greater local presence than any of its rival parties.

Ennahda’s dynamism and cogency were contrasted to the non-Islamist camp’s fractiousness and obscurity. 106 new parties were created in the lead up to the elections. In some districts, nearly 100 lists competed. The overabundance of parties meant that the biggest bloc of votes tended to be dispersed among parties and lists that did not obtain any seats in the Assembly, “wasting” 28.5% of the total votes. In at least thirteen districts, these wasted votes amounted to a larger proportion of the vote than what any one party managed to secure. Had the opposition been able to unite, the non-Islamist vote would have amounted to a similar percentage to that received by Ennahda. But due to that division, Ennahda was able to win five times the share of the popular vote than its closest rival.

Moreover, Ennahda had a “brand name” that the newer parties lacked. Following a brief honeymoon period with the regime in the early days of Ben Ali’s presidency, Ennahda was systematically repressed and most of its leadership was either exiled or jailed. Some spent more than a decade in solitary confinement. As the families and friends of these activists raised awareness around them, entire communities were aware of -if not affected by- state repression vis-a-vis the Islamist movement. During the nineties, Ennahda thus gradually became part of the social fabric of Tunisian society. Though, and perhaps because, its ranks were decimated by Ben Ali’s police, it was undoubtedly the most legitimate opposition party. In fact, following its assent to power in 2011, Ennahda capitalized on what it identified as a comparative political advantage and successively appointed Hamadi Jebali and Ali Laarayedh as prime ministers, both of whom, combined, served over 30 years in the regime’s geôle. Quite naturally however, this “street legitimacy” came at the price of unpreparedness to hold public office, let alone govern the country. Interviewed in a recent documentary on the history of Ennahda, Jebali declared that “we were not ready at all to take power, but we were also the party most ready to do so.”

Votes for Ennahda were also closely related to perceptions that the Islamist party was the most capable of solving Tunisia’s economic woes, which were overwhelmingly stated as the electorate’s number one concern. Ennahda cultivated the image of a pious party, which worked hand in hand with its history of opposition to Ben Ali’s regime in presenting the Islamist party as an “honest party.” Corruption was seen as one of the major factors behind economic grievances. The fact that Ennahda was perceived as a pious and honest party that would veer away from greedy corruption and put Tunisia back on the right economic track played a key role in securing the party’s electoral win. When asked why they thought Ennahda was best equipped to address their economic concerns, voters often replied that it was because they feared God (ykhafu rabbi).

Just as it would be erroneous to assign Ennahda’s votes to purely ideological considerations, it would be equally inaccurate to say that religion played no role in these considerations. The Pew Global Attitudes Project found that 84% of Tunisians thought that Islam plays a large role in politics, and 82% view this as a good thing. Yet, it is important to note that Ennahda did not hold a monopoly on religious discourse. Precisely because of the importance of Islam for Tunisians, all the parties, even the ones misleadingly labeled “secular” in Western media outlets, acknowledge the Muslim identity of the country, and would reject their categorization as secular or ‘ilmaniyyin.’ During the constitutional debates, no party challenged Article 1 of the constitution, which established Islam as the religion of the state. Therefore, the notion of laïcité à la française is one that does not exist in Tunisia among neither the Islamist nor non-Islamist camps.

Perhaps more importantly, although Tunisians hold largely favourable views towards the role of Islam in politics, their perceptions of what this relationship means is more flexible and nuanced than is often assumed, and again, is not limited to Ennahda’s platform. For example, although 84% of respondents view the role of Islam in politics favorably, this role does not involve the creation of an Islamic state or the implementation of Shari’a law. According to Pew’s Global Attitudes Project, only 17% of Tunisian respondents think that laws should strictly follow the Quran. The majority (64%) favor laws that “follow the values and principles of Islam” instead. These values include social justice, equality, dignity, and freedom.

Only when the vote for Ennahda is understood not to be exclusively an ideological one, but a pragmatic, rational one based on the salience of economic and security issues, can we begin to understand the shift in voting patterns between the 2011 and 2014 elections. Tunisians have not become less religious in the last three years. Nor have they repudiated their religion by switching their votes to non-Islamist parties. Ennahda won in 2011 because it was seen both as the most legitimate party and as the one most likely to be able to address the electorate’s main concern: the ailing economy. However, by all accounts, Ennahda has failed to deliver on its 2011 campaign promises of economic growth and job creation. Unemployment remains high at 15.2%, GDP growth has stagnated at around 2.6%, and socioeconomic inequality between the coastal areas and the impoverished interior continue to be pronounced. Furthermore, Ennahda was seen as complicit, if not morally responsible, in the rapid deterioration of the security situation. Under the party’s rule, two political assassinations, several military clashes with terrorist groups at the Algerian border, and the assault on the US embassy in Tunis made it clear that Ennahda was unable to maintain domestic security. Furthermore, almost 2,500 Tunisian fighters joined ISIS in Syria. Adding to the lack of economic growth, inefficiency in dealing with the security situation broached Ennahda’s popularity.

A recent IRI poll confirms Tunisian dissatisfaction with their government’s economic performance. When asked about the state of the economic situation, an overwhelming majority (80%) felt that the situation had gotten worse in the past year. In addition, almost half of the respondents cited security concerns as one of the most important problems facing the country.

Studied in that light, Ennahda’s losses at the polls are unsurprising. The party failed to deliver on its promises and was held accountable for its shortcomings. Had voters cast their ballots based on the party’s Islamic credentials, the shift in votes away from Ennahda to Nidaa Tounes and other non-Islamist parties would be illogical. Instead, as suggested elsewhere, this points to the emergence of a significant group of “swing voters” responsive to government performance and unbound by identity politics. This new characteristic of the Tunisian political landscape is perhaps the country’s most precious achievement, as it guarantees political accountability.

The victory of Nidaa Tounes over Ennahda bodes extremely well for Tunisia’s transition. But it is not because the secular has triumphed over the Islamist. Rather, it is because Tunisians were able to hold accountable a government that did not deliver on its campaign promises. The democratic process triumphed, and therefore, every Tunisian, of every ideological persuasion triumphed too. This should serve as a cautionary tale for the incoming Nidaa government. The party should disregard narratives imputing its victory to its non-Islamist identity and remain attuned to the most pressing issues facing the Tunisian people. Only then will the party have a chance of renewing its electoral mandate – this is, after all, the beauty of a democratic system.

Aya Majzoub is a managing editor at the Harvard Journal of Middle East Politics and Policy (JMEPP) and a Master’s candidate at Harvard’s Center for Middle Eastern Studies.
Youssef Ben Ismail is a PhD student at Harvard’s Near Eastern Languages and Civilizations Department with a focus on histories and cultures of Muslim societies. 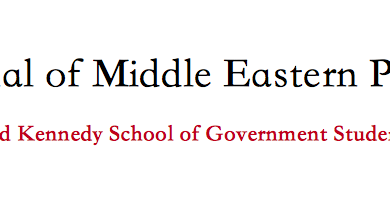 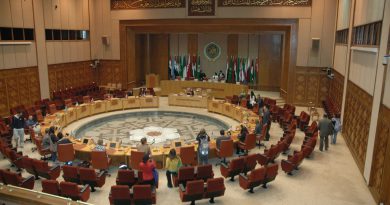 December 3, 2014 Comments Off on Turki al-Faisal and Dan Meridor Talk Instability in the Middle East and Regional Cooperation 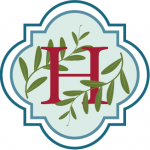