Home > Past Events > Rania Succar, Jusoor and Innovation in Response to the Syrian Refugee Crisis 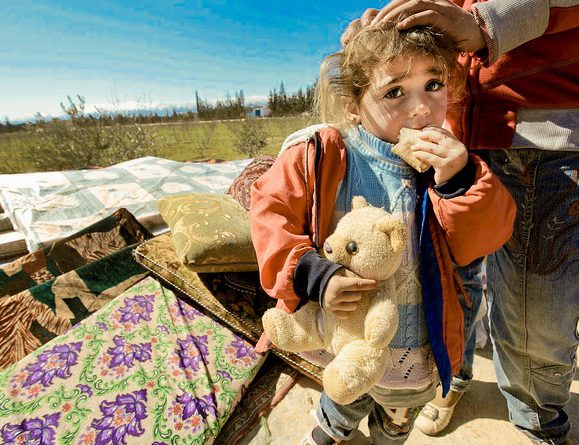 Rania Succar, head of North America Brand Solutions at Google, was one of the most dynamic keynote speakers at Harvard Arab Weekend. Rather than talking about her extensive successes in business, she spoke about her passion for innovation in response to the Syrian refugee crisis.

Succar is one of eight co-founders of the NGO Jusoor  — meaning “bold” in Arabic — each with full-time jobs in the private sector. Jusoor aims to harness the energy of young Arabs who want to come together to change the region. Currently, its programs focus on the issue of Syrian refugee education in Lebanon, with the long-term aim of broadening its success to other host nations of Syrian refugees.

The Syrian diaspora has been incredibly active in responding to the needs of Syrian people. Succar highlights that the passion of young Arabs has been the prime reason for Jusoor’s success thus far. Everyone involved has freely volunteered their time – from Syrian refugee teaching to building bi-lingual websites. Jusoor exemplifies people’s  desires to assist Syrians who are in desperate need.

Only 15 months since its founding, Jusoor runs three educational centers in Lebanon, serving roughly 1000 children. Its most developed site is located in Beka’a and serves 500 children, with expansion plans that will accommodate 750 children this month. It also operates a tented educational center in collaboration with Sawa for Aid and Development in one of the largest informal camps in West Bekaa, serving 300 Syrian children, and its Beirut center serves 200 Syrian children. These centers are unable to offer formal educational certificates, but they hope to overcome some of the biggest challenges in educational integration for Syrian refugees in Lebanon, including differences in language and curriculum.

The Lebanese government has pledged to create places in schools for every Syrian refugee child. However, formal Lebanese education is conducted in English and French, requiring Syrian children to rapidly learn two new languages. The failure rate for Syrian children in Lebanese schools is over 50%.

Jusoor’s programs emphasize integration into formal schooling whenever possible; introducing contextual and relevant curricula and teaching methods to deliver informal education, whilst providing a strong psycho-social support within the framework of community engagement and rehabilitation. The NGO also uses Syrian refugee teachers and administrators, injecting energy into the community. In a disempowering situation, where Syrians lack the right to work, Jusoor hopes to show Syrian adults that they can still play an important social role.

The main challenges facing Jusoor are two-fold. Firstly, they are searching for means of scaling-up their educational center model. There are over 2.5m Syrian refugee children located predominantly in the host nations of Turkey, Lebanon, Jordan and Iraq, and each nation faces different political climates and challenges.  Expansion will require innovation in each separate location and deep local knowledge. Secondly, the education problem is closely tied to the employment problem. Without the potential for employment after education, there is very little motivation to enrol children in schools.

The employment question leads to the other two aspects of Jusoor’s programing. The Jusoor Scholarship Program and the Jusoor Academic Mentorship Program both focus on providing employment and education opportunities overseas for Syrian youth.

In order to develop employment opportunities, Succar is considering leveraging Syrian refugee capabilities with the demand for international freelance work. She mentioned the possibility of working with Samasource, in order to utilise the skills of Syrian refugees, who could work remotely for companies across the world.

One of the most innovative aspects of Jusoor is the combination of a private enterprise mind-set with a human rights ethos. Succar emphasised that the business mentality of the founders is one of the strongest drivers of innovation and effectiveness for Jusoor. It forces the founders to adopt a Minimum Viable Product mentality, creating an efficient organization that challenges the bureaucratic norms engrained in many humanitarian organizations. In addition, the founders are all driven by passion, choosing to dedicate free time outside their careers  to Jusoor. This organizational structure encourages both motivation and efficiency from all involved.

Rana Succar painted a compelling picture of Jusoor as harnessing many of the most dynamic aspects of the humanitarian sphere. Some of the most interesting initiatives in response to the Syrian refugee crisis have engaged the private sector, such as the World Food Programme’s engagement with Mastercard to create e-cards for Syrian refugees in Jordan. Jusoor’s innovative approach could offer an inspiring model for future interaction between humanitarian ends and private-sector means. 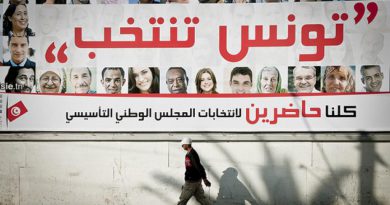 Roundtable on the Tunisian Elections: Islamism, “Secularism,” and the Old Regime

November 17, 2014 Comments Off on Roundtable on the Tunisian Elections: Islamism, “Secularism,” and the Old Regime 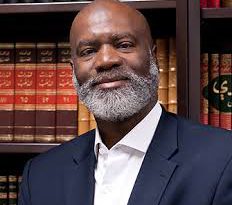 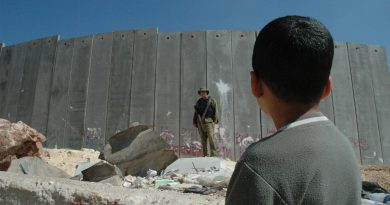 November 13, 2013 Comments Off on Gertraud Auer Borea D’Olmo: The European Union and the Israeli-Palestinian Peace Process