Home > Op-Ed > Why There Should Be A Deal 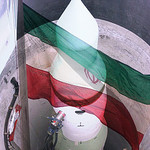 On Sunday, March 29th, 2015, a senior Iran negotiator in the P5+1 nuclear talks, Deputy Foreign Minister Seyyed Abbas Araqchi, told Persian news sources that there is no agreement taking place and there are “no plans” to continue the talks until March 31st—the day of the deadline.

Earlier in March, White House Spokesman John Earnest, making sure not to set unrealistic expectations, maintained, “reaching an agreement is at best 50-50.” The parties still have substantial common ground to find technical details to iron out. The key points of the framework are how many centrifuges are allowed (6,000 vs. 10,000 currently operational), sanctions relief (gradually over six to ten years after adhering vs. immediately after signing agreement), breakout time (one year vs. eight months) and IAEA inspection conditions (spontaneous and indefinite vs. spontaneous for a limited time). More technical details have the deadline of June 30th, if this stage is successfully completed.

However, it is being reported that the straw that has the potential to break the camel’s back pertains to Iran’s already-enriched uranium fuel rods. According to the New York Times, Iran had tentatively agreed to send the uranium to Russia where it would be downgraded, and then sent back to Iran to ensure use for peaceful processes. Deputy Foreign Minister Araqchi now says it wants to keep its already-enriched uranium in Iran. This significantly lessens its breakout time, where scientists from around the world differ in estimates.

Does Tehran have the upper hand here?

Domestically, President Hassan Rouhani and Foreign Minister Javad Zarif have been the target of hardline media in Iran who do not want a deal—much like President Obama’s adversarial relationship with the 47 members of Congress. Political will has been expended on all sides, but undoubtedly in Iran it will be perceived as the United States’ fault if the talks breakdown. The Supreme Leader Ayatollah Khamenei, time and time again, expressed his distrust of the United States but supported the negotiations.

In the same vein of placating the hardliners, President Rouhani is also rolling out a domestic program known as the Plan to Promote Virtue and Prevent Vice that aims to curb Iran’s heroin and opium use, and promote other societal ideals. The program is meant to “invite” the Iranians to encourage virtuous acts and behavior and distance the vice, as defined by Sharia Law and the ijtihad nature of the Imamate. Earlier this year, the United Nations Office on Drugs and Crime (UNODC) agreed to dedicate a multimillion-dollar fund package to help Iran stop drug trafficking and use.

With tacit UN support behind President Rouhani’s multi-pronged PVPV domestic program and the Ayatollah’s defense of the negotiations, President Rouhani can say he tried his best and fulfill the nation’s narrative of being conspired against and not being subject to Western powers.

Iran has gained a lot since the nuclear talks were extended in November and has been reintegrating itself into the international community despite only few sanctions being eased.

Independent of the P5+1, Iran’s activity in the United Nations has increased. In December 2014, after al Qaeda targeted and killed three at the Iranian Ambassadorial residence in Sana’a, Yemen, the Iranian Ambassador to the UN urged the world to take action and the UN strongly condemned all acts of violence on diplomatic missions. Even with dubious intent in Yemen, the international community, including the United States, evoked the 1961 Vienna Convention on Diplomatic Relations and the 1963 Vienna Convention on Consular Relations in Iran’s defense.

With the incentive in mind to open up every sector of its economy to alleviate the sanctions, Iran is reforming its visa application process and allowing more foreign airlines to have direct flights to Tehran to shore up tourism.

It is hard to say who wants the deal more, especially as teachers across 24 cities in Iran protested, and approximately 6,000 teachers formally addressed parliament as announced wage increases will not keep up with inflation. President Rouhani is claiming economic growth, but many opposing and supporting him question the veracity of his statistics.

The Obama administration faces a difficult domestic landscape while attempting to redefine American foreign policy by engaging a nation with whom the United States has not had diplomatic relations for more than three decades.

The negotiation tactic of demanding a sweetener to the deal at the last minute is a strategic play, but not a complete derailment of the talks. The sad irony if the talks fail is that continuing sanctions will further entrench many hardliners of the Iranian Revolutionary Guard Corps in the Iranian economy, in turn strengthening the position of actors and institutions that Washington intends to undermine the most. Thus making any return to negotiations much more difficult than they have already been. Washington, and its counterparts at the negotiating table, should seize this opportunity to widen the chasm between the Rouhani administration and the IRGC by accepting a reasonable and fair deal that ensures Iran will not posses weaponized nuclear capabilities, and integrate Iran back into the community of nations.

Although the deal may not be ideal, the location of the uranium degradation should not sour the pot. However, for the sake of nuclear non-proliferation, all of Iran’s potentially weapons-grade uranium needs to be degraded by a third party and subject to spontaneous and unfettered international review. 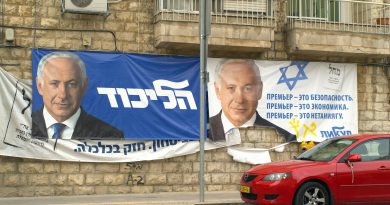 Israel’s 2019 snap elections: everything you need to know

January 17, 2019 Comments Off on Israel’s 2019 snap elections: everything you need to know 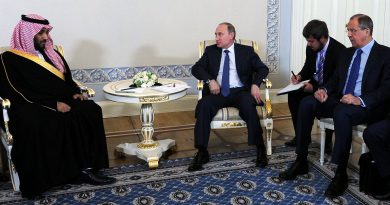