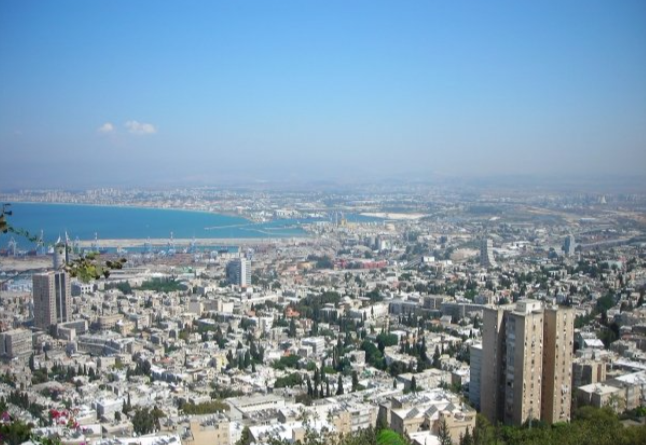 Israel has experienced tremendous natural gas findings over the past 6 years, and there is currently debate over its future as an exporter, with an expressed desire by the government to export 40% of its offshore finds. While contracts have been signed with Jordan and the Palestinian Authority, Israel has begun a campaign to encourage the EU to approve the construction of an Israeli pipeline that would supply Cyprus, Greece and Italy with natural gas from the Tamar and Leviathan fields. The proposal would require a multi-billion dollar commitment from the EU. The following is a presentation of Israel’s options in a scenario-analysis framework of optimistic and pessimistic scenarios with an ultimate, likely outcome.

The pipeline to Europe could be a mutually beneficial project. Israel would line its coffers with natural gas revenue while enhancing its global reputation as a major natural gas exporter. The EU, meanwhile, would benefit diplomatically from a reduction in its current dependence on natural gas from Russia, with which it has been at odds over Ukraine and the South Stream pipeline project.

The project is unrealistic and will not satisfy Europe’s gas needs. The pipeline is technically difficult to build, as areas of the proposed route run through deep waters. This engineering challenge has caused Brussels to balk at the idea and demand that ‘feasibility studies’ be completed. Additionally, the pipeline would have a capacity of merely eight to twelve Bcf/year, compared to Russia’s current supply of 160 Bcm/year. This disparity makes the Israeli pipeline economically unfeasible, as Israel’s gas would be too expensive, as seen with current domestic prices, or unable to meet demand. Greece, although expressing interest, has a deal in place with Azerbaijan to import gas via the Trans-Adriatic Pipeline, with construction set to begin in 2016.

Realistically, the Israeli-EU pipeline will not be approved. As stated, the economics are not conducive for Europe to switch its natural gas suppliers from the Russian giant to the novice Israel. Although the EU and Russia have been at odds, Russian gas remains the cheaper option as one of the lowest cost suppliers of natural gas in the European market. Additionally, as Michael Klare discussed at the 2015 Tufts Energy Conference, the fact that European natural gas is currently pegged to oil makes it unprofitable due to low crude prices, discouraging the need for additional streams. Domestically, the delayed production of the Leviathan gas field beyond the original 2018 projection to 2020, due to anti-trust allegations, could deter European investment as it already has with the Palestinian Authority, which cancelled its contract with Israel this past Spring. Finally, the recent discovery by an Italian gas company, Eni, of up to 30 trillion cubic feet of natural gas in Egyptian waters may completely nullify Israel’s natural gas as an export.

Although Israel has a wealth of resources at its fingertips, certain factors may make it unprofitable to export natural gas. The U.S. shale boom, combined with African and Russian gas supplies to Europe, may diminish the need for Israel’s natural gas supplies. Europe’s push for greater efficiency and a growth in renewables may also quell Israel’s hopes to become a major natural gas exporter, as countries turn to cleaner energy options.

By exporting natural gas the Israeli government estimates the generation of billions of dollars in revenue. Such revenue could further increase Israel’s GDP, which experienced 1% growth between 2013 and 2014. Liquid natural gas (LNG) plans face pitfalls in Australia due to their high production and labor costs, as well as in Mozambique due to poor legislation and a lack of skilled labor and infrastructure. Israel could supplant these two countries’ supplies with its own, increasingly productive infrastructure and research and development.

Europe currently desires to wean itself off Russian natural gas, or at least demonstrate to President Putin that it can look elsewhere. As long as Russia remains a looming influential power in Europe, it makes sense for the EU to find additional options to maintain a competitive market. In addition, as pipelines go, the Middle-East-European connection has remained elusive as there are inherent political issues with transboundary pipelines. However, a pipeline stretching a shorter length from a bordering body of water into Europe’s southern regions would avoid the transboundary political concerns that a lengthy pipeline, such as Azerbaijan’s Trans-Adriatic Pipeline, would incur.

Economically and socially, the benefits from sales revenues of natural gas could outweigh arguments against exporting. In Israel, poverty has become more widespread as the cost of living has increased and social services have atrophied. The revenues that natural gas generates could greatly improve Israeli citizens’ quality of life, making the export option even more lucrative.

Natural gas prices are highly unstable, as seen in both Asia and Europe during the latter half of 2014, when LNG spot prices dropped to single-digits. As Professor Maugeri of the Harvard Kennedy School of Government notes, building on Michael Klare’s previous point, “exacerbating matters is the effect of indexing natural gas to oil in most contracts outside the U.S”. With this in mind, a slump in oil prices as we have experienced over the past 15 months could make natural gas production unprofitable, meaning that despite Israel’s tremendous gas resources, it could be left with no worthwhile way of producing and selling it. Alternatively, a rise in the price of natural gas and oil over the past decade until 2014, in tandem with the 2008 economic crisis and proliferation of renewables, has caused a “significant reduction in European gas demand”. These factors could make Israel’s proposed pipeline to Europe unprofitable.

Israel will not be an exporter of natural gas to countries beyond its immediate neighbors. The European market appears to be an unfeasible one for Israel’s gas supply, both because Russia can provide natural gas at a lower cost and because Europe seeks to improve its energy efficiency, reducing its demand for gas in the medium and long-term. Europe’s plan currently proposes a 30% reduction in primary energy consumption, which could result in 26% lower natural gas imports by 2030, an equivalent of an eight Bcf/d decline in net imports. Thus, Israel’s proposed EU pipeline would not make sense for Europe. Instead, Israel should likely work to solidify its recent deal with Jordan, while seeking to re-establish the recently cancelled contract with the Palestinian Authority and prove to investors that it is serious about further development of its resources. However, as noted above, the possibility of a massive Egyptian natural gas reserve could put Israel’s regional status in jeopardy along with its hopes for becoming a global exporter. Israel may therefore be forced to wait in a growing line of those wishing to export natural gas to Europe and throughout the rest of the world. 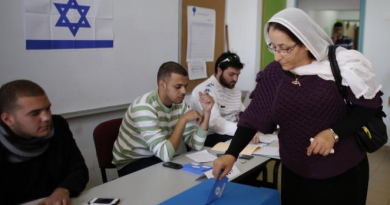 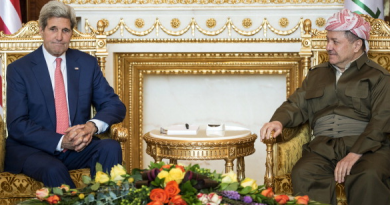