Home > Analysis > 2015: The Year of al-Qaeda in the Arabian Peninsula 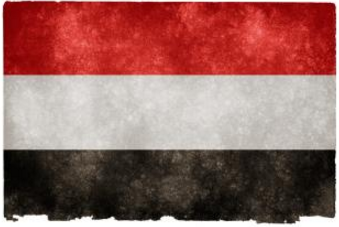 Al-Qaeda in the Arabian Peninsula has operated in Yemen since 2006, when it was called al-Qaeda in Yemen (AQY). While al-Qaeda in the Arabian Peninsula (AQAP) has been dubbed “al-Qaeda’s greatest direct threat to the United States” and is responsible for numerous attempted attacks on the U.S., the al-Qaeda branch has only expanded in the country.[i] Additionally, the branch provides leadership, expertise, and logistical support to al-Qaeda Central.[ii] AQAP has long taken advantage of the instability of the poorest country in the Arab world, but it has expanded its influence since Houthi rebels overthrew the Yemeni government of President Abd Rabbuh Mansour Hadi in the fall of 2014, which resulted in an air and ground campaign by a coalition of Arab states. The power vacuum created by the conflict and the shared interest to prevent Houthi gains in Yemen by the Arab Coalition and AQAP has enabled the terrorist organization to pose a greater risk to the region and to the international community.

The “Arab Spring” in Yemen ended the thirty-three year rule of President Ali Abdullah Saleh in February 2012, when Abd Rabbuh Mansour Hadi was elected president of a two-year transitional government.[iii] However, the government of President Hadi faced domestic unrest, including anti-government protests in August 2014 in which Houthi rebels participated.[iv] These protests provided Houthi rebels with momentum to begin its push to Sana’a, the capital of Yemen, which they took on September 18, 2014.[v] Yemeni Houthis belong to a Shia sect of Islam, Zaydi, and suffered from decades of repression at the hands of the Yemeni government. To further complicate matters, the Houthis are backed by former President Saleh, as well as Iran.[vi] The extent to which Houthi rebels had penetrated the country became apparent on January 22, 2015 when President Hadi resigned. He fled to Aden in February, and eventually to Saudi Arabia as the Houthis pushed their way south.[vii] Saudi Arabia, worried of the increased presence of Iran to its south, formed a coalition of ten Arab countries and began its air campaign against Houthi rebels on March 26, 2015.[viii]

The Arab Coalition’s focus on combatting Houthi gains has provided AQAP with the conditions under which to expand its influence and territory in Yemen. The Coalition’s inability, or unwillingness, to target both the Houthi rebels and AQAP has enabled the latter to expand from its previous territories in the sparsely populated provinces in the east and to infiltrate areas in western and southwestern Yemen. According to Jamal Benomar, a UN diplomat who attempted to reach a political settlement in Yemen until April of this year, AQAP is developing close relations with Sunni Yemeni tribes that do not want to be ruled by Houthis.[ix] AQAP aims to brand itself as a Sunni force that can push back against the Houthi rebels, but also as a more moderate Islamic leadership than ISIL. This creates opportunities for new AQAP alliances with local forces and has expanded AQAP’s presence in strategic provinces and cities.[x] To increase local support and brand itself as a solution to the Houthi problem, AQAP has “been careful to limit collateral damage,” and has taken advantage of “opportunities to integrate AQAP’s forces into local militias and personnel into local governance structures.”[xi] AQAP has, however, increased its attacks – on April 2nd, it freed hundreds of prisoners, including a former leader, from a prison and raided a bank in southeastern Yemen.[xii] Additionally, it took over an airport and oil export terminal in mid-April and seized control of al-Mukalla, a major port city in Yemen.[xiii]

The Coalition’s lack of attention to AQAP has raised the concerns that the Coalition has allowed AQAP to operate freely as both fight the Houthis. As one Yemeni intelligence official said, “Why would Saudi attack them if they’re effectively on the same side in this war?’[xiv] In fact, AQAP and the Houthis have been fighting each other since the Houthi rebellion began in 2014.[xv] In addition to benefitting from the lack of attention by international actors, AQAP has also maintained its previous level of attacks on the Yemeni government and military.[xvi]

The Arab Coalition may be justified in its efforts to subdue Houthi rebels, but it must be cognizant that shortsighted behavior that has allowed for AQAP to expand in Yemen poses a threat to its members and to its allies, including the United States. Further gains by AQAP in Yemen will only exacerbate the instability in the country and pose a larger threat to international security down the road. 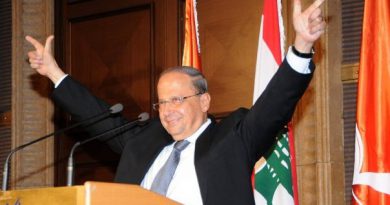 President Aoun has no quick fix to Lebanon’s challenges

December 28, 2016 Comments Off on President Aoun has no quick fix to Lebanon’s challenges 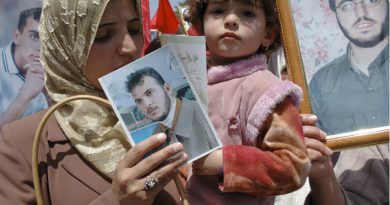 What Lies Behind Our Lies? Self-Deception and the Israeli-Palestinian Conflict

April 17, 2013 Comments Off on What Lies Behind Our Lies? Self-Deception and the Israeli-Palestinian Conflict