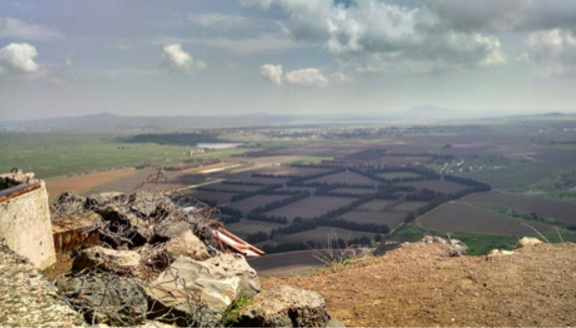 There is a common saying amongst Israeli Jews in reference to Israel’s historical dependence on foreign fossil fuels: Moses took a wrong turn while traveling to the Holy Land. Yet this aphorism continues to be challenged, much to Israel’s benefit. What started out with the discoveries of natural gas fields equaling 22 trillion cubic feet (tcf) in the Leviathan, Tamar, and Dalit fields located in the Eastern Mediterranean, has now proceeded to a wholly new narrative: the discovery of oil.

Afek Oil & Gas, a subsidiary of American company Genie Energy, believes it has discovered oil reserves in the Golan Heights. The layer in which the reservoir was found measures 350 meters in thickness, which is much larger than the world average strata of 20-30 meters.  Afek estimates that this reservoir holds the potential to produce billions of barrels; for a country that consumes 270,000 barrels of oil per day, this find could be a major boon (Blackburn, 2015). As a result, Afek has requested to drill 10 more wells, and while the oil find has become reality, the extraction and production, let alone distribution, have yet to be fully studied (Blackburn, 2015). However, this find occurs in a strategically dangerous and contentious location, raising serious security concerns, while the scenic and agricultural environment of the Golan Heights raises opposition from residents that drilling will cause undue harm and pollution, as well as a depletion of precious water resources.  Although only in the early stages of exploration and discovery, this development deserves a closer look.

A major obstacle to any future drilling in the Golan will surely come from opposition via the local environmental bloc.  According to Ynet News, the Israel Union for Environmental Defense and the Society for the Protection of Nature in Israel, as well as several state agencies, have opposed the operation on the grounds that damage could be caused to the surrounding environment (Ben-David, 2015). Originally, a license to drill inside approximately 98,000 acres of the Golan was granted. However, the aforementioned environmental groups, as well as international groups such as Greenpeace, blocked all drilling in the area until a December 2014 ruling overturned the stop-work order (Alster, 2015). In addition, locals in the Golan Heights have opposed the project. In September of 2014, Adam Teva V’Din (Israel Union for Environmental Defense) along with a group of Golan Heights residents signed and submitted a petition to the High Court of Justice, demanding the exploration be halted and cancelled. The petition addressed concerns that since the oil was considered “tight”, conventional drilling would be replaced by fracking (Udasin, 2015). Yet the greatest opposition to drilling in the Golan Heights results from water conservation concerns. The water found in the Golan Heights directly feeds into the Sea of Galilee, which provides most of Israel’s drinking water (The Economist, 2015). In a hot, hostile, and dry region, water could become a more valuable commodity than oil in the years to come.

Unlike the natural gas reserves 81 miles west of Israel, in the quiet Leviathan basin, the Golan Heights’ location serves as a calamitous area to develop a natural resource like oil. The Golan Heights, within a stone’s throw of the Syrian civil war and the crosshairs of Hezbollah, is generally perceived as a front-line in several conflicts. This past August, the Israeli Defense Forces cited four incidents of rocket fire that originated from the Syrian side of the Golan Heights and landed inside Israel’s territory. In September, rocket fire again hit the Israeli side of the Golan Heights in an apparent errant fire incident (Times of Israel Staff, 2015). Defense Minister Moshe Ya’alon stated that  “the Iranian regime through the Quds Force, its commander Qassem Suleimani and its emissaries in Syria and Lebanon, is seeking to open a terrorist front against Israel from the Golan Heights” (Times of Israel Staff, 2015). To build upon Mr. Ya’alon’s point, this past January saw Israel conduct an air strike on the Syrian Golan Heights, which killed several Hezbollah fighters, including the son of the group’s deceased operations mastermind Imad Mughniyeh. Mohammad Allah Daddi, an Iranian commander, was also killed in the strike (Al Jazeera, 2015). In response, Hezbollah struck an Israeli army convoy in the Sheba Farms area of the Golan, killing two Israeli soldiers (Bobb, 2015). As shown by these events, the Golan Heights is certainly not an ideal place, from a security standpoint, in which to place oil-drilling assets that could fall into the crossfire of the IDF, Hezbollah, and various Syrian rebel groups.

Much of the geopolitics surrounding a discovery of oil in the Golan has yet to develop, however one can surmise a few possibilities.  Firstly, Israeli development of a coveted resource on territory that is not recognized as sovereign land will intensify the dispute with Syria, once (or if) the civil war abates.  Alternatively, Israel could further consolidate its claims to the Golan Heights and prevent the possibility of using it as a bargaining chip in any future negotiations if oil development proceeds.  Secondly, as an oil producer, Israel would further enhance its self-sufficiency in producing energy from oil.  From a market standpoint, however, oil is a global integrated market in which supply and demand dictate prices.  It would thus be interesting to see if Israel would subsidize its oil, like several OPEC members do currently, or tax it heavily.  In addition, Israel would need to consider expanding its domestic refineries in Ashdod and Haifa.  Finally, the geostrategic dimensions in how Israel’s oil market would compete in a neighborhood crowded by OPEC members could be impacted by hostility and poor relations.  As these narratives may be a bit premature to consider, they should always be in the backs of the minds of policymakers and private companies wishing to open up new markets and sources of profit.

What may remain as the most crucial resource issue surrounding oil is not oil itself, but rather the substance that could be needed to extract tight oil. As its civil war has grown since 2011, water scarcity has plagued parts Syria. Israel must likewise take into account water’s importance in an area that is historically dry, especially as the effects of climate change continue to exacerbate declining aquifer supplies. Additionally, the continued drilling of oil wells could negatively impact the Golan Heights’ extensive agricultural importance and expansive farmland. Yet the issue of developing fossil fuels is further compounded by what may be an even greater concern: the Golan Heights’ strategic and precarious position in an area that is internationally regarded as illegally annexed by Israel. With a declared enemy in Lebanon, chaos in Syria, and opposition within Israel, the likelihood of Golan oil becoming a domestic source of energy looks unrealistic. 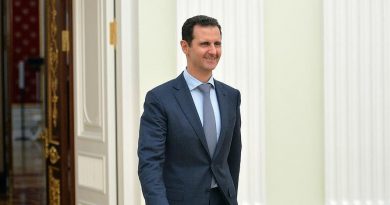 To Assad and his admirers, Trump offers ‘hope and change’

January 23, 2017 Comments Off on To Assad and his admirers, Trump offers ‘hope and change’