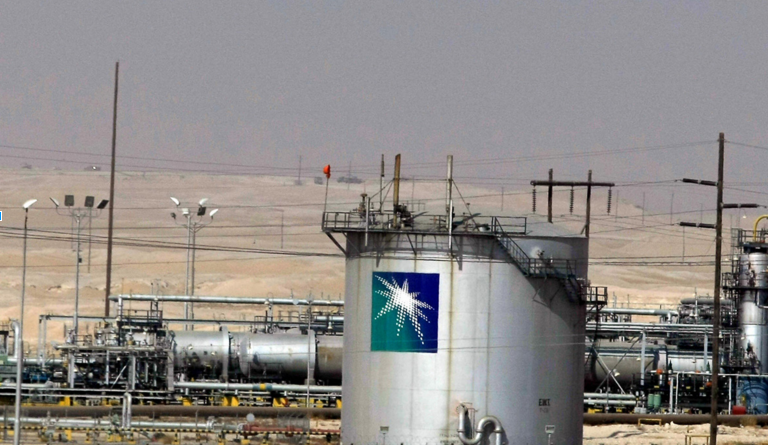 It appears the Gulf states, hit hard by a 65% drop in oil prices since early 2014, have decided to cut back on spending. Notably, Oman will cut spending this year by 15.6% due to low oil prices. In addition, Oman has announced it will introduce measures to boost non-oil revenues. The country faces major deficits this coming year in addition to its $20.3 billion dollar deficit over the past two fiscal years.  According to Finance Minister Darweesh al-Bloushi, spending is projected at 11.9 billion riyals ($30.9 billion USD) in 2016, a decrease from $36.6 billion last year. Most of the Gulf states are expected to introduce a variety of austerity measures over the next year as oil prices remain low.

Given the diplomatic crisis spawned by the Turkish air force’s downing of a Russian warplane, the recent outlook for Russo-Turkish relations appeared gloomy. However, it seems economic gains will not face interference from the recent hostilities.  Prior to the start of the new year, Russian Energy Minister Alexander Novak proclaimed that Russia is ready to “scale up natural gas supplies to Turkey,” pointing out Russia’s massive supplies of cheap gas and stating that “economic and commercial cooperation must continue and it will be efficient for both parties”.  With speculation that Turkey would begin looking elsewhere to replace the 30 billion cubic feet of natural gas supplied by Russia annually, such news brings welcome reassurance to Turkey.

In a rare interview granted to The Economist by Mohammed bin Salman, Saudi Arabia’s Deputy Crown Prince indicated that the country may be willing to issue shares in state-owned oil company Saudi Aramco. According to Prince bin Salman, this move would be “in the interests of the market, the company and greater transparency.”  Saudi Aramco has remained the world’s largest oil company in terms of crude production and exports, but Saudi Arabia has certainly seen the effects of the plunge in oil prices, as last week it reported a record deficit of $98 billion for 2015. While Riyadh has announced increases in the prices of subsidized fuel, electricity, and water utilities, bin Salman insisted that Saudi Arabia is far from an economic crisis due to its ample reserves and increasing non-oil revenues. It is worth noting, however, that the drop in oil prices has largely been due to the Saudis’ refusal to cut crude production in its drive to force out smaller and less-competitive producers from the market. Analysts seem to agree that even opening Aramco to public shares would not result in an effect on the market itself. According to Jasper Lawler of CMC Markets, the Saudi motive is “to raise cash when times are tough”.

The U.S. Government is announcing new initiatives to improve our international and domestic efforts to counter violent extremism. The Department of Homeland Security and the Department of Justice will announce the establishment of the Countering Violent Extremism Task Force, a new organization that will integrate and harmonize domestic CVE efforts within the country. The State Department will establish the Global Engagement Center, which will enable an intensified focus on empowering the voices of international partners, governmental and non-governmental, as well as a shift away from direct messaging. Additionally, today some of the most senior officials from the White House and across the President’s national security team are meeting in Silicon Valley with representatives from a number of leading technology companies to follow up on the President Obama’s call in his December 6th address for the government and private sector to work together to combat terrorism and counter violent extremism online.

Turkey plans to offer Syrian refugees work permits to discourage them from crossing illegally into the EU, Ankara’s minister for European Affairs said on Monday, amid EU pressure to reduce the flow of migrants. Syrians will be allowed comprise up to 10 percent of employers’ staff, although this condition may be waived by provincial governors in certain cases. More than 2.2 million Syrians have sought refuge in Turkey from the Syrian civil war, now in its sixth year. Another 200,000 Iraqi refugees also shelter there, and migrants from Iran, Afghanistan and Africa all use Turkey as a transit point to Europe.

A suicide bomber who killed himself and 10 German tourists in Istanbul’s historic heart had registered with Turkish immigration authorities but was not on any list of known militant suspects, Turkey’s interior minister said on Wednesday. The bomber, an Islamic State member thought to have come recently from Syria, blew himself up on Tuesday in Sultanahmet square near the Blue Mosque and Hagia Sophia, major tourist sites in one of the world’s most visited cities.

An airstrike this week hit what a U.S. defense official called an Islamic State group “cash storage facility” in the city of Mosul. The official said Monday that two 2,000-pound bombs targeted the facility. Officials said the amount of cash destroyed was believed to be in the millions of dollars, but the exact amount was unknown.

UAE boasts it has “leapfrogged” Europe in preparedness

Despite persistent bad news from the region, the most recent United Nations International Telecommunications Union’s “Global Cybersecurity Index” has ranked the UAE 17th in terms of overall cybersecurity preparedness. The high ranking stems from the UAE National Electronic Security Authority’s (NESA) National Cyber Security Programme, initiated in 2014 after an increase in attacks in the country. The legislation allows the NESA to audit cybersecurity systems in the government and establishes standards for private companies operating in the country.

Security spending expected to surge in 2016

Global security analysts Frost & Sullivan estimate that regional demand in the Middle East for electronic security equipment will increase to $5.2 billion in 2016, from $3.8 billion in 2015. The jump is expected due to heightened threats in the region, as well as increasing popularity and capacity of connected devices in the so-called Internet of Things (IoT). In Dubai in particular, plans to create the world’s first “smart city” have put upward pressure on demand for network and physical security.

News from the Arabian Peninsula

Civilian casualties and seizure of a port town in Yemen

At least 15 Yemeni civilians were killed in an airstrike by the Saudi-led military coalition outside the capital of Sana’a, residents said on Wednesday. The airstrike hit an area near a village about 25 miles south of the capital, close to an army base for Houthi-allied Yemeni forces, which have been fighting Saudi-backed troops in the conflict (Reuters). Doctors Without Borders condemned a missile strike on one of its clinics Sunday in the Razeh district of northern Yemen, saying at least four people were killed and 10 others wounded. Three MSF staff members are among the wounded and two are in “critical condition,” the agency said in a statement, adding that the toll could rise as several buildings have collapsed. MSF said it was unclear who was behind the attack. Troops loyal to Yemeni President Abd Rabbo Mansour Hadi seized a Red Sea port town in the country’s northwest Wednesday, following fierce fighting with Shiite rebels, a military chief said.

Germany is carefully reviewing all future arms exports to Saudi Arabia because of human rights concerns, but won’t cancel previously negotiated deals. Saudi Arabia’s execution of 47 people earlier this month, including a prominent Shiite cleric, has renewed calls on Germany’s federal Liberal government to suspend the lucrative deal between Saudi Arabia and General Dynamics Land Systems. Saudi Arabia arrested a prominent human rights activist on Tuesday. Until recently, Samar Badawi, had led the campaign to free her former husband, Waleed Abu al-Khair, a Saudi lawyer currently serving a 15-year sentence in connection with his own activism. She is also the sister of Raef Badawi, a Saudi blogger who was sentenced to a large fine, 10 years in prison and 1,000 blows with a cane for running a website that criticized the country’s religious establishment.

Oman finds itself mediating between angry Iran and Saudi Arabia

The Middle East’s escalating geopolitical crisis of early 2016 — stemming from Saudi Arabia’s execution of Sheikh Nimr al-Nimr on Jan. 2, followed by Iran’s livid response — is testing Oman’s ability to maintain such strategic neutrality at a time when Riyadh is determined to unite its allies against Tehran. As a historic mediator between the two regional powers, Oman’s national interests are not well served by the increase in tension.

A court in Kuwait has sentenced two men to death after finding them guilty of spying for Iran and plotting attacks in the emirate. One of the men was a Kuwaiti and the other an Iranian convicted in absentia. They were convicted alongside 20 other Kuwaitis, who were sentenced to between five and 25 years in prison. The top court in the UAE sentenced to death an Emirati convicted in absentia of having joined and recruited fighters to both IS and al-Qaida’s branch in Syria, the Gulf News newspaper reported. The court also sentenced two other Emiratis to seven years in prison each after convicting them of having joined “terror groups in Syria.” A third defendant was handed a three-year prison sentence after being convicted on similar charges, the daily said.

ISIS sets its sights on Libya

While high-profile attacks in France, Turkey, and Lebanon have garnered attention to ISIS’s wanton violence, Libya is currently bearing the brunt of its brutality on a frequent basis. ISIS has taken advantage of the chaos following the 2011 overthrow of Muammar Gaddafi in order to gain a foothold in the lawless country. Ringing in the new year, ISIS fighters shelled a major power plant in the eastern part of Benghazi, shutting down one of the plant’s power units and starting a fire that took hours to extinguish.  According to Libyan military commander Fadhal al-Hassi, ISIS fighters were behind the attack and have increasingly targeted civilian infrastructure inside Libya. Only a day prior to the attack on the power plant, dozens of police recruits were killed in a bombing claimed by ISIS in the western town of Zliten. Earlier in the week, ISIS terrorists attacked the major oil terminals at Es Sider and Ras Lanuf, resulting in several days of gun battles and sparking fires in seven oil storage tanks. While Western powers remain steadfast in their desire to destroy ISIS inside Iraq and Syria, it remains to be seen if their focus will eventually shift to halt ISIS’s rise in Libya.

After being dissolved in a 2012 court ruling, Egypt’s parliament of 568 elected members has reconvened this week. The parliament now faces a daunting task, with only 15 days to ratify over 300 new laws and elect a speaker and two deputies. Many observers hope the new parliament, reportedly filled with supporters of President Abdel Fattah al-Sisi, will review the death sentence handed down to former president Mohammed Morsi. 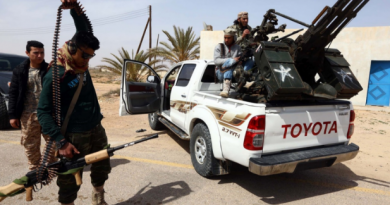