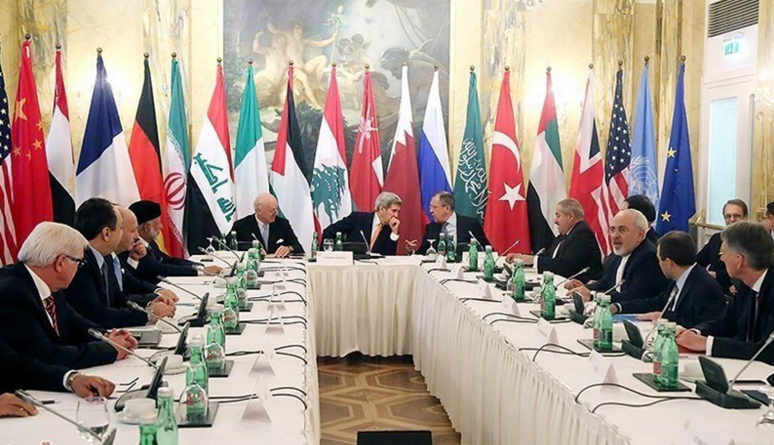 Iran Back on the Market

With the lifting of international sanctions in January, Iran is preparing its natural gas industry for the export market. Importantly, Iran’s leadership hopes not just to generate revenue by exporting its natural gas, but also to gain geopolitical power. However, Iran’s hopes to use its natural gas as a tool for leverage may not come to fruition for some years. January’s whirlwind visits to Italy and France by Iranian President Hassan Rouhani saw the signing of 14 contracts, Memorandums of Understanding, and cooperation agreements in Rome alone worth $18.4 billion in business contracts; in Paris, agreements worth $600 million were made between the respective auto industries. However, it is not so much the deals and money generated by the visit, but rather spreading the word that Iran is back on the market and desires to utilize its vast reserves of fossil fuels, that has been most newsworthy. While it is certainly true that Iran currently lacks the business connections with international oil and gas companies that Qatar has fostered over the past decade, and while its regulatory environment is still hazy, Iran’s estimated 1,200 Tcf of natural gas reserves provide the country the potential to become a major competitor in the future.

The number of fighters in the Islamic State’s army largely “remains the same” as it did a year ago, according to a U.S. official briefed on the latest intelligence estimate. The U.S. military estimates that 40 percent of the group’s territory in Iraq has been retaken. The progress is not so well defined in Syria, where just 5 percent of ISIS-controlled land has been retaken, in contrast to previous estimates that up to 20 percent of ISIS-controlled Syria had been reclaimed. These estimates have come into the news cycle as pressure to increase pressure on the Islamic State has grown both internationally and domestically in the United States. Secretary of State John Kerry said on Tuesday that members of the American-led coalition fighting the Islamic State had agreed to intensify their efforts to defeat the group, but he ruled out sending United States forces to intervene in Libya, where the Sunni extremists are pressing to claim territory

Chinese telecommunications giant Huawei has announced the opening of a new headquarters in Dubai’s Internet City. The UAE hopes this investment will drive further digitization and innovation, contributing to its goal to become a technological vanguard in the region and to develop Dubai as a truly “smart city.” Huawei, in turn, will look to solidify its foothold in the region through ties to the government of the UAE. Also this week, Oracle announced its development of a new cloud data center in Abu Dhabi in order to support increased regional demand for cloud computing services.

Cyber security firm Kaspersky Lab released a report on distributed denial of service (DDoS) attacks in 2015, showing a marked increase in the attacks’ scope and duration. Though simple in execution, DDoS attacks, which shut down servers by overloading them with traffic, remain popular and generally succeed by taking advantage of unpatched software vulnerabilities. One such attack this year took advantage of a vulnerability in the popular WordPress content management system to shut down various web resources. As more devices become connected on the pathway to a true “Internet of Things,” the ability to deter such disruptive attacks will be critical to avoiding real, physically destructive effects.

Tunisia’s parliament made a significant breakthrough for human rights by approving proposed changes in detainee rights. Provisions to grant suspects the right to a lawyer from the onset of detention, and to shorten the maximum pre-charge detention are included in a revision of the Code of Criminal Procedure (CCP) adopted by the parliament on February 2.

The main Syrian opposition delegation vowed Saturday not to participate in U.N.-sponsored peace talks with the government unless their demands were met, including lifting the siege imposed on rebel-held areas and an end to Russian and Syrian bombardment of regions controlled by opposition fighters. Peace talks have since been temporarily halted, with increasing violence across the country. Russian and Syrian government forces have gained ground north of Aleppo, intensifying an assault on rebel-held areas that has prompted tens of thousands more Syrians to seek refuge across the border in Turkey.

Jordan calls for assistance in responding to refugee crisis

Jordan’s King Abdullah says his country needs long-term aid from the international community to cope with a huge influx of Syrian refugees, warning that unless it receives support, “the dam is going to burst.” Jordan’s social services, already under strain from a large population of displaced persons, have been stretched to the breaking point by the Syrian conflict.

Algeria’s parliament met this week to instate a package of constitutional reforms that authorities say will strengthen democracy but critics have denounced as window dressing. The reforms come amid concerns over the health of the country’s 78 year-old leader, Abdelaziz Bouteflika, with the goal of enabling a smooth transition of power.

The U.S has acknowledged ISIS’s further expansion westward, from the battlefields of Syria and Iraq to lawless Libya. Over the past month, according to U.S intelligence sources, the estimated number of ISIS fighters in Libya has doubled, signaling difficulties the group now faces in sending and keeping its members in Syria. There may now be 6,500 ISIS fighters in Libya, twice the number previously thought. However, the intelligence community has been careful to underscore that this estimate is made of “best guesses with low confidence,” revealing much uncertainty as to which militias and fighters in the country actually belong to ISIS. The rise in Libya signifies the failure by governing parties to come to an agreement and install rule of law in a country that has seen nothing close to it since the fall of former president Muammar Qaddafi.

Iran’s former president Akbar Hashemi Rafsanjani has sharply criticized the country’s constitutional watchdog for barring moderate candidates from running in elections for a top clerical body, including Hassan Khomeini, a grandson of the Islamic Republic’s founder.

An all-party group of MPs has called for an immediate suspension of UK arms sales to Saudi Arabia and an international independent inquiry into the kingdom’s military campaign in Yemen.

Oman has supported the initiative to hold the next ministerial meeting of the Strategic Dialogue between Russia and the Gulf Cooperation Council (GCC) in Moscow in the spring. Omani officials said they supported multifaceted coordination with Russia regarding collective security in the Gulf.

January 29, 2018 Comments Off on Weekly Roundup: Netanyahu meets with Putin, Turkey’s offensive in Syria enters its second week, and Egypt prepares for a presidential election