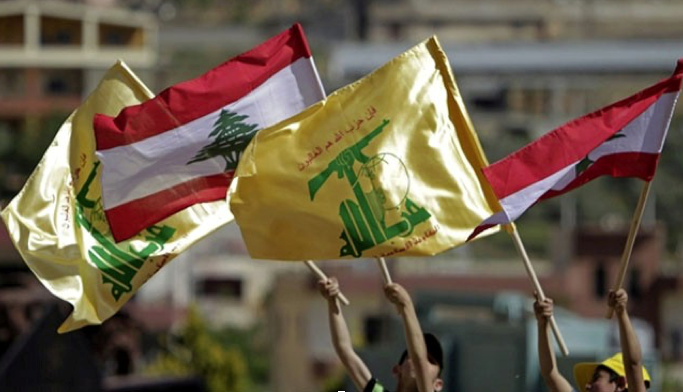 Headline of the Week

After accusing Hezbollah of perpetrating hostile acts against Gulf states, the Gulf Cooperation Council (GCC) designated the group as a terrorist organization. According to the Council’s Secretary General, these hostile acts include recruiting youth for “terrorist attacks, smuggling weapons and explosives, stirring up sedition and incitement to chaos and violence”. Tensions between Lebanon and the Gulf states have been mounting in recent weeks. Saudi Arabia withdrew a generous military aid package after Lebanese authorities abstained from condemning protests in Iran against the execution of Saudi Shia cleric Sheikh Nimr. Shortly after, the United Arab Emirates, Saudi Arabia and Bahrain advised their citizens against traveling to Lebanon. Hassan Nasrallah, Hezbollah party leader, has accused the Saudi government of backing recent car bomb attacks in Lebanon, Syria and Iraq and has criticized Saudi Arabia’s intervention in Yemen against Shia Houthi rebels.

Israeli Energy Minister Yuval Steinitz, armed with new survey figures more than doubling previous natural gas estimates, seeks to persuade international energy companies to explore Israeli waters for further oil and gas deposits.  French consulting firm, BeicipFranlab, assessed the potential for 2,100 Bcm of natural gas as opposed to previous survey estimates of 680-950 Bcm.  Steinitz took to the stage at the Feb 22-26 IHS CERA conference in Houston, Texas, in an effort to convince exploration companies that Israeli waters held more reserves than previously believed.  While the new estimates have just a 50% probability factor, even a fraction of the 2,100 Bcm figure could further add to the growing Eastern Mediterranean gas reserves and hasten Israel’s drive to become an exporter.

A series of raids in the Jordanian city of Irbid culminated in the arrests of 13 alleged supporters of the so-called Islamic State, as well as the deaths of 7 others, in addition to the death of a Jordanian special forces officer. The group was reportedly planning attacks in Jordan, according to government officials.

Aleppo has had its water services restored at pumping stations throughout the city. Residents of the city have not had a steady water supply throughout the conflict, with the most recent cut lasting for three months; as a result, people have been forced to collect water from wells, many of them not potable.

Low oil prices and the recent rise in U.S. interest rates are raising questions about Gulf countries’ abilities to maintain their fixed exchange rates. Kuwait pegs its dinar against a basket of currencies including the U.S. dollar, unlike the other Gulf countries, which peg directly to the dollar. Still, some experts how long Kuwait’s foreign reserves can hold out as it tries to maintain its peg in the face of a drop in export prices.

Doctors Without Borders says its staffers are “scared” to resume their work in a facility it supports in the northern Yemeni city of Saada after two nearby airstrikes by the Saudi-led military coalition. Houthi forces captured the Yemeni capital Sanaa in September 2014 and in March 2015, the Saudi-led coalition started an extensive air campaign in support of the internationally-recognized government.

The Saudi government executed its 70th citizen of the year this week, putting to death a man convicted of murder. Amnesty International reports that the number of executions in Saudi Arabia last year was the highest in two decades, though the country still ranked far behind China and Iran.

Iran has sentenced billionaire tycoon Babak Zanjani to death after his corruption conviction in a long trial over accusations that he fraudulently pocketed $2.8 billion.

Iran and Turkey  have strengthened their trade ties, aiming to triple their annual trade to $30 billion within two years despite the two countries being at odds over fighting in Syria.

The U.S. Expeditionary Targeting Force, consisting of elite special operations forces, announced that its first operation, undertaken over a week ago, resulted in the capture of a mid-level Islamic State operative. U.S. officials announced that the captive is currently in American detention, but will soon be turned over to Iraqi control.

At least 60 people were killed and dozens were wounded after a suicide bomber drove a truck filled with explosives into a security checkpoint south of Baghdad. The attack, which took place in Hilla, was the deadliest to date in Babylon Province.

A Turkish court ruled Friday that the country’s largest newspaper, Zaman, a pro-opposition daily, was to be taken over by government-backed administrators. Hours after the decision, for which no reasoning has yet been given, riot police occupied the daily outlet’s Istanbul headquarters. Riot police fired tear gas and water cannon at crowds of protestors Saturday outside the Zaman offices, as the Editor-in-Chief was fired and some journalists reported restrictions on their access to company files. The White House and a number of foreign governments have already condemned the takeover.

Zaman is linked to Fethullah Gulen’s Hizmet movement, once a key pillar of the ruling AK Party’s rise to power in 2002. However Hizmet has broken its ties to President Erdogan in the past year over his plans to significantly boost presidential authority. The move against Zaman follows attacks on another pro-opposition newspaper, Hurriyet, last September and the arrest in November of a number of prominent journalists critical of the government. Can Dundar, Editor-in-Chief of the secularist, pro-opposition Cumhuriyet newspaper and his colleague Erdem Gul were released from jail Friday after a court deemed their detention unlawful. Both still face potential life sentences for aiding a terror organisation after revealing the Turkish Intelligence agency’s arming of Syrian militant groups.
Turkey is currently ranked 149 out of 180 countries on the Reporters without Borders’ World Press Freedom Index.

The Secretary-General of the United Nations, Ban Ki-moon, called the plight of Sahrawi refugees in Algeria “an unacceptable situation” during a visit to the Smara refugee camp close to Tindouf. He also spoke to the lack of progress in negotiations, deeming the situation of the refugees “one of the forgotten humanitarian tragedies of our times.”

Algeria’s Ministry of National Defense and a Russian aircraft manufacturer are reportedly close to  a defense deal that will be signed by the end of 2016, providing Algeria with 12 military aircraft as a result. Similarly, in a recent interview Russia’s foreign minister Sergey Lavrov stated that his visit to Algeria this coming week would include a discussion pertaining to building a “Russian-designed nuclear power plant” in an effort to help develop Algeria’s infrastructure. If a deal is constructed and signed, the plant will constitute the second nuclear power station in Africa, with the first one located in South Africa.

Hamas has been accused by the Egyptian interior ministry of having carried out a bomb attack approximately one year ago that led to the assassination of then-public prosecutor Hisham Barakat. Hamas has fully denied the accusations, deeming them “baseless”.

Autopsy results on the body of Giulio Regeni have revealed that the Italian student, found dead in Egypt last month, was interrogated and tortured for nearly a week before he was killed, according to Egyptian forensics officials. Human rights groups and others have speculated that the marks on Regeni’s body bear the “hallmark of the [Egyptian] security services,” despite denials by the Egyptian authorities.

Morocco is the newest member of NATO’s Interoperability Platform, an alliance begun in 2014 that allows for members to jointly pursue operations based on NATO standards.

Tunisian businesswoman and 2015 Nobel Prize winner Ouided Bouchamaoui has stated that peace in Libya will “solve 80% of Tunisia’s problems.” She made the statement in an interview with the online publication Al-Monitor on March 3rd, further elaborating that the US should significantly increase its support to Tunisia in order for democracy to succeed.

In a sign of further security deteriorations in Libya, the United Kingdom has sent troops to Tunisia to bolster their border security in order to prevent Islamic State fighters from moving across and into Tunisian territory.  While the mission only calls for a deployment of 20 British soldiers, the move is highly significant in that the concern now appears to be centered on the stable government in Tunis.  In addition to the UK, Germany has reportedly agreed with Tunisia’s government to send its own troops to train Libyan government forces in combating the Islamic State’s fighters, who have recently overtaken the coastal city of Sirte. While the UK and Germany undertake missions in and around Libya, the severity of the situation continues to increase as the so-called Islamic State hardens its position amongst the other militias in control of Libyan territory.

Sudanese opposition leader and founder of the Popular Congress Party, Hassan al-Turabi, passed away in Khartoum at the age of 84. He was best known for helping to orchestrate the coup that led to current president Omar al-Bashir’s seizure of power in 1989.

As part of a tour of several African countries, UN Secretary-General Ban Ki-moon visited Mauritania over the weekend. The Secretary-General announced that he intended to focus on preventing terrorist attacks across the Sahel region of the continent, and to promote cooperation of Mauritanian forces within a UN peacekeeping structure.

As if to underscore the UN’s concerns, Ansar Dine claimed responsibility for four attacks against UN peacekeeping forces in Mali. The Tuareg group, which acts as a front for al-Qaeda in the region, released statements on the attacks through a newly created propaganda unit, displaying a new focus on information operations in concert with its violent tactics.

At the end of February, Tony Blair and Leon Panetta announced they were teaming up to launch an anti terrorism commission. Specifically focused on violent extremism, the commission seeks to further counter radicalization efforts.

The legal debate between Apple and the FBI over access to technology continues. According to The Hill, “countering violent extremism is a big definitional dilemma. In our view, CVE is preventing kinetic attacks by hopeless individuals who translate grievances, real or imagined, into everyday acts of horrific violence. It is a road traveled by mostly young people with nothing to lose. Terrorist thought and behavior begins in a community and ripples outward. Under that rubric, the answer to combating extremism is within local communities — in homes, schools, places of worship, on cellphones and laptops, in writings and videos — all the places where ideas emanate.”

Weekly Roundup: Arrests in Bahrain, the continued assault on Eastern Ghouta, and a meeting between Trump and Netanyahu