Home > Film Review > “On the Bride’s Side”: Bringing Humanity Back to Human Relations 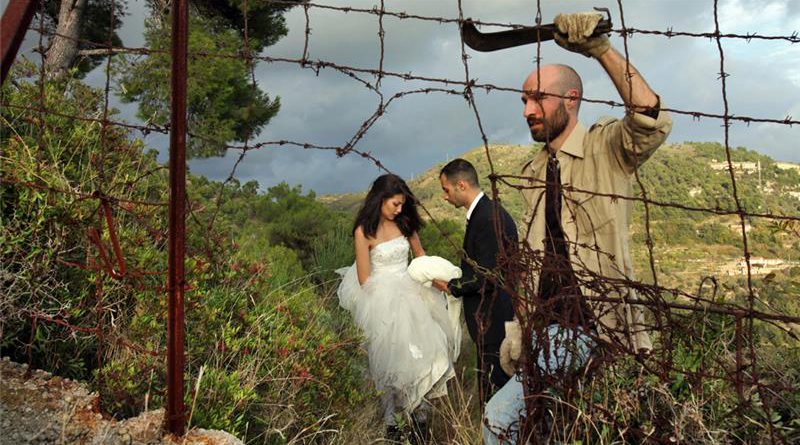 After meeting five Syrian and Palestinian refugees trying to make their way from Milan to Sweden in the quest for asylum, an Italian journalist and a Palestinian poet decide to help them by faking a wedding. After all, “what border policeman would ever stop a bride to check her documents?[1]” As part of this creative endeavor to circumvent European law, they congregate their closest friends to pose as wedding guests and document the journey. Directed by Gabriele Del Grande, Khaled Soliman Al Nassiry and Antonio Augugliaro, On the Bride’s Side is a story of solidarity, friendship, and humanity that escapes all conventions of current human interactions. It documents the three thousand kilometer journey that was completed between November 14th and 18th 2013 from Milan to Stockholm.

The film is an outright critique to European refugee policy and a political act against what Director Del Grande describes as “laws that are in conflict with our humanity[2]“. The sea-crossings in the infamous “boats of death”, the hardships endured by those lucky enough to make it once they reach European soil, the weak materialization of asylum promises, and the forceful practices implemented to block and restrain the transit of refugees have been a constant in today’s refugee crisis. On the Bride’s Side is a product of the sense of frustration regarding what many European’s consider to be an unacceptable response from their governments to the inflow of people fleeing conflict-torn states. Specifically, it’s the channel through which thirteen European poets/ cooks/ civilians/ translators/ film directors/ social workers/ photographers/ friends transformed their passive role as spectators and took concrete action against the humanitarian crisis that’s taking place in European cities.

The formal attire, the decorated cars, the salon hairstyles and the overall festive garnishes that characterized the wedding caravan sharply contrast to the poignant life experiences of the Middle Eastern protagonists and to the legal repercussions that the European organizers could potentially face if discovered by border authorities. Despite the different nuances between the nature of this endeavor and the ruthless smuggler practices that have been reported throughout the refugee crisis, the Europeans involved in the film were, indeed, clandestinely facilitating the transit and illegal entry of persons to several countries against those country’s migration laws. According to Italian Immigration and Asylum law, they could end up facing up to fifteen years in prison for human smuggling.

Perhaps one of the most noteworthy themes throughout the film is the role the documentary plays in dismantling social constructions. The combination of refugee inflows to European countries and rising attacks by violent extremists, has increasingly constructed the image of the ‘refugee’ as an all-encompassing category that homogenizes a diverse array of people under specific classifications: the ‘refugee’ as a threat, the ‘refugee’ as an unknown, the ‘refugee’ as an illegal enemy, the ‘refugee’ as a terrorist. This has not only led to tensions and polarizations in the refugee policy debate, but is having a tangible impact on the daily lives of Muslim populations in Europe. The horizontal and fraternal relationship that the documentary captures between Italians, Palestinians, French, Germans, Syrians, refugees and non-refugees disaggregates the ‘refugee’ category and builds bridges between the ‘us’ versus ‘them’ polarity. On the Bride’s Side portrays the refugees not as ‘refugees’ but as a group of individuals with different names, hopes, backgrounds, likings and fears. Its the life of young Mc Manar -who expresses the grievances of his beloved Palestine through rap tunes-, of Alaa Al-Din Bjermi -the devoted father who trembles with the thought of the wife and children he left behind-, of Abdallah Sallam -the English literature student-, of Ahmad Abed -who promised his wife Mona he would someday take her to France- and of Mona Al Ghabra -who told her husband she would never agree to leave Syria (even if meant never visiting France)-.

The film also elucidates the power dynamics that lie behind apparently neutral notions such as nationalities, borders, passports, and states. These social constructions have been interiorized and normalized to such degree that they now seem self-evident. As the film brings to the surface, the discursive process behind these constructions not only makes them have different meanings and implications for different groups of people, but also justifies the fact that, in practice, not all people are entitled to the same rights. Its precisely these dynamics what justify that something as trivial as a passport has the power to shape human lives, what turns crossing borders by cutting barbed wire into the only alternative that certain populations have to reach safety, and what explains why an accent that gives away your unwelcomed nationality results in deportation, while an accent that identifies you as a member of a privileged community helps you fool border authorities.

In short, On the Bride’s Side is an inspiring documentary that brings humanity back to human relations. It challenges the legitimacy of practices that have cruel repercussions for millions and that are taken as givens in today’s world order. It’s an invitation to think about what’s shaping the way we interact with one another and to reflect on the role that civil society can have in influencing some of the world’s most pressing issues. Ultimately, however, it’s a story where people who have plenty to loose help people who are close to losing it all.

[2] Address by Director Gabriele Del Grande prior to the screening of On the Bride’s Side in Menschel Hall, Harvard Art Museums. March, 22, 2016. 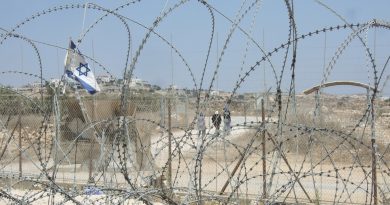 November 7, 2014 Comments Off on The Turtle’s Rage