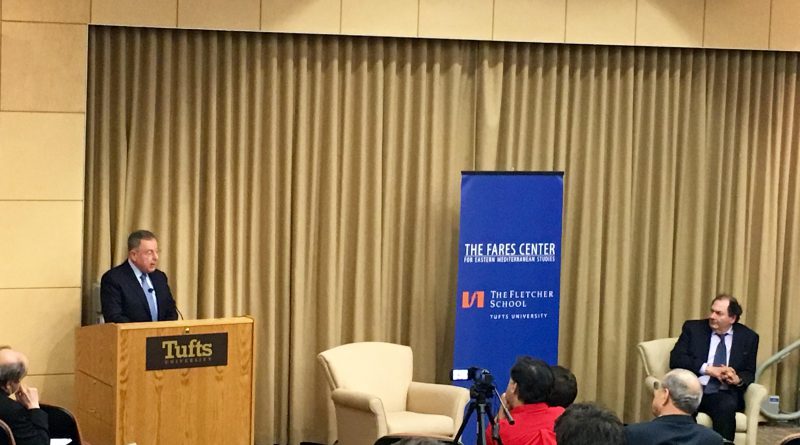 On Wednesday, April 6, 2016, the Fletcher School’s Fares Center for Eastern Mediterranean Studies and Program in International Negotiations and Conflict Resolution hosted Lebanese statesman and businessman, Fouad Siniora.  Mr. Siniora served the Hariri government as Finance Minister in two separate stints, eventually rising to the position of Prime Minister between 2005 and 2008.

Known for his impassioned oratory style, Mr. Siniora pointed to an emerging Middle East that was being “re-written with suffering, blood, and destruction” caused by civil wars in Yemen, Iraq, and Syria. He also expounded on the roles and responsibilities of historical and current actors in both fomenting the status quo and helping to enact actual change.  From Israel’s “apartheid practices” and occupation of the West Bank, to the bolstering of militaristic autocrats by certain Western powers, all the way to the Assad regime’s handling of its civil war, Mr. Siniora spared no party blame for the region’s current geopolitical landscape.  Seven decades of “continuous shocks” have caused the current unbalance in the Middle East and none of the parties should escape their respective responsibilities.

Glazing over the disastrous effects of colonialism, Mr. Siniora put the onus on Europe for causing the mass Jewish immigration to Palestine, eventually leading to the formation of the Jewish state of Israel.  According to Mr. Siniora, Palestinians are still paying for the mistakes Europeans made.  Furthermore, the root of most evil in the region is the aforementioned Israeli-enforced “apartheid” and occupation of the West Bank.  This rhetoric and far flung connection of arguably the most stable and democratic nation, social and governance-wise, to the magnitude of carnage being wreaked upon the region reflects a personal view and experiences that he would touch upon later in his discussion.

Going forward, Mr. Siniora stated that the Europeans must cease the endless arguments regarding refugees, migration, and frontiers.  Instead they must join the conversation of ending the war in Syria, which remains at the heart of Europe’s current crises.

Mr. Siniora’s disappointment in the U.S. disengagement from the Middle East springs from several sources.  While using the term, “the West”, it is very likely he was referring to the U.S. in the following instances: First, he voiced his displeasure with previous American administrations for supporting military regimes, under the pre-text of backing Israel. Boosting these regimes when “interest dictated,” authoritarian leaders were able to rule “with an iron fist,” undermining the dignity of their citizenries and eventually causing their own downfalls as seen in Egypt, Yemen, and Tunisia. Second, the ill-advised invasion of Iraq in 2003 may have eliminated a strongman, but the elimination of state institutions allowed for sectarian-driven terrorism and an Iranian foothold by which it could further destabilize the country.  Third, he noted that President Obama, in his current view of the Middle-East, “sees a corrupt metropolis” ruled by thugs and military muscle.  In accordance with this notion, President Obama was happy to take a backseat to Iran’s and Russia’s growing influence and presence.

Mr. Siniora’s experiences clearly form his opinion—not an overly hostile one—of the Islamic Republic’s moves in the Levant and greater Middle East.  According to Mr. Siniora, Iran cannot continue its practice of negotiating with the West while at the same time exporting a revolution.  He asked the following questions regarding Iran: “Who said it was ok for [a] region’s people to be under [the] patronage of any regional power? What is [the] claim of Iran to the people of [the] region, or are we accepting the notion that sectarian linkages are more important than national ones? How did Iran expand its sphere of influence to [the] shores of the Mediterranean? Was Iraq’s failure an invite for Iran to spread to [the] Levant?”

However, with his deep mistrust of the Iranian regime, Mr. Siniora clearly stated his desire to see an Arab-Iranian détente, as he noted a shared history, culture, and mutual economic and social interests.  “They (Arabs) want these friendlier relations, but allowing them (Iran) greater influence will deepen complex problems, not resolve them.” In other words, Mr. Siniora would like to see Iran release its hold on Lebanese and Syrian politics and security.

While Mr. Siniora reserved much of his criticism for the various power brokers, he did not spare the Arab communities of the Middle East.  Particularly he declared that important religious reforms are badly needed, particularly in the way Islam is understood, practiced, and perceived as a religion that actually preaches acceptance, mercy, and peace.  In addition, according to Mr. Siniora, the mistreatment of minorities in Arab nations was a tool for the Arab nationalists of the 1950s and 60s, yet this has resulted in a legacy of civil disempowerment that plagues current institution building in the region.

Mr. Siniora proposed four tracks for countries to follow in stemming the chaos.  First, they must find lasting solutions that address occupation and dictatorships, while supporting moderation as the best way to fight extremism.  The Arab peace initiative, support of political transition in Syria, and pressure for better representation in Iraq are necessary conditions for eliminating the causes of extremism.  Anything that does not address these problems is a “waste of time”, according to Mr. Siniora.  He credited the U.S counterinsurgency effort and accompanying Sunni awakening in Iraq’s Al-Anbar province as a model to follow elsewhere.

Second, building strong civil infrastructure, upholding the rule of law, and addressing the issue of minorities and civil rights for all pluralities is crucial for the Arab peoples.

Third, religious reforms must be given utmost priority as Islam is “hijacked” at unprecedented levels.  Moderate Arabs have a responsibility to push for such reforms, according to Mr. Siniora.  Religious institutions such as al-Azhar, an Islamic institution in Egypt, and the declaration of Marrakesh in Morocco, a legal framework protecting religious minorities, must be copied elsewhere to spread religious moderation and fair treatment of minorities.

Fourth, Mr. Siniora referenced the Marshall Plan, which economically rehabilitated Europe after WWII, as a model to emulate in reinvigorating the Middle East.  An economic plan would allow for regional integration that makes the region attractive for investors, according to the war-weary ex-leader.  He stated that the “challenges of peace are more challenging than [the] challenges of war.”  Those who designed the Marshall Plan understood this clearly, as lasting peace depends on deep changes in social and economic welfare.  His proposed solution, with its economic bulwark, should come as no surprise considering Mr. Siniora’s history in finance and business.  It is through this lens that he views the Middle East as containing vast resources and pent up demand, which could become an important source of growth.  However, the economic progress that Mr. Siniora proposed can only occur on the wings of inter-state cooperation and sharing of resources, which at this point in time seems like a fleeting hope.

Mr. Siniora concluded by repeating an earlier phrase: an emerging Middle East is a reality. However, it is in our hands, as a global community, whether “it will be a region of risk or gain.  It is in our hands to determine if it will be a region that can either export extremism or growth/prosperity.”  In a final plea, he urged the U.S not to turn its back on the Middle East, but rather to make worthwhile investments in human capital and infrastructure.  Mr. Siniora, an old-hand in Lebanese politics and business since the 1970s, has seen civil wars, more than one foreign invasion, and terrorism that continues to plague the country.  While the chaos in the Levant and Arabian Peninsula largely engulfs Lebanon’s neighbors and fellow Arab states, he knows that his nation could easily slide back into the upheaval that lurks nearby. 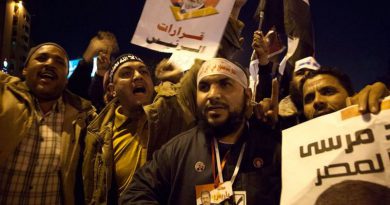 Is Islamism a threat to democracy? 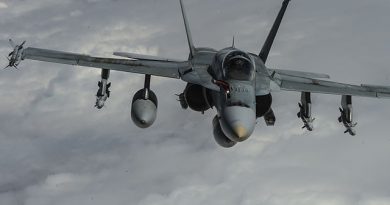 Prospects for peace in Syria: Can Trump help?