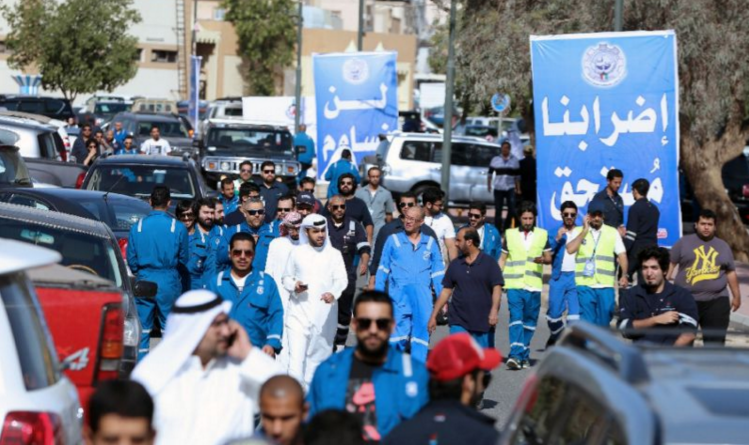 Following last week’s transfer of two Red Sea islands, Tiran and Sanafir, from Egypt to Saudi Arabia, Israel’s National Infrastructure, Energy, and Water Minister Yuval Steinitz viewed the move as a positive diplomatic breakthrough between the Jewish state and the Saudi Kingdom.  Saudi Arabia will uphold Israel’s freedom of maritime navigation in the Strait of Tiran, a sticking point in the Egyptian-Israel peace treaty, which Steinitz sees as the first Saudi recognition of the existing peace treaty and a commitment to Israel’s own security.  While Steinitz remains optimistic, Saudi Foreign Minister Adel al-Jubeir tempered any notion of rapprochement, saying the island transfer had nothing to do with fostering a relationship with Israel.  However, Mr. Al-Jubeir’s statements do not reflect the overall geostrategic picture, which sees the Sunni Kingdom and Jewish state growing closer in their mutual opposition to Iranian influence in the region.

King Abdullah agreed this past week to fully fund the restoration of Jerusalem’s Church of the Holy Sepulchre.  The church’s vicar, Bishop William Shomali, stated that Jordan had demonstrated a “concern to preserve the heritage of Christianity.” King Abdullah’s generosity may be a good will gesture to the Christian community of Jerusalem, but may also speak to other motives such as his desire to maintain Jordan’s foothold in Jerusalem. The move may also be a sign of a possible future partnership with Orthodox Christian countries like Greece.

The Islamic State group’s offensive in the Yarmouk refugee camp has succeeded in forcing fighters with Jabhat al-Nusra, al-Qaeda’s Syria affiliate, to withdraw or surrender. ISIL is now reported to control more than 70% of the sprawling Palestinian refugee camp near Damascus. The United Nations announced that the fighting in Yarmouk was limiting its ability to supply aid, stating that up to 10,000 civilians in the camp are facing a dire situation.

Four Syrians, three of them children, were killed on Monday in the Turkish border town of Kilis from a projectile munition.  Five Russian-made Katyusha rockets were fired from the ISIS-held region of Bab, in northern Syria; while one rocket landed in an empty field, the other four hit residential areas, causing the casualties.  In addition, a rural area close to the Topraktutan Border Post in Hatay’s Yayladağı district was also hit by an unguided munition originating from a Syrian-government controlled region. In both instances, Turkish army units responded with sustained artillery fire at ISIS positions along the border.  While security has been bolstered on the Turkish-Syrian frontier, Kilis residents have demanded more measures be taken.  Though Turkish Defense Minister İsmet Yılmaz claims that 362 ISIS fighters have been killed in retaliatory fire, Turkey will likely have to take more punitive actions in deterring ISIS from future rocket attacks.

Kuwait Oil Company announced it would cut production by more than half in response to striking workers. The broad strike by public sector employees comes as the Kuwait government was planning to cut wages and benefits in the face of dropping oil prices and reduced government revenues. This latest shock will likely reverberate across OPEC as oil producing nations hope to buoy prices and balance their budgets. For his part, Prime Minister Sheikh Jaber al-Mubarak al-Sabah denounced the strike as both illegitimate and illegal, and vowed to hold accountable all those responsible for disrupting Kuwait’s utilities.

A meeting of OPEC in Doha ended in dysfunction and disagreement this weekend, as Iran stayed out of talks and spoiled the group’s attempts at freezing oil production. The group of oil-rich nations had been expected to agree to freeze production and recover some government revenues after oil prices hit a 12-year low in January. However, Iran vowed to increase its production, even in the face of threats from Saudi Arabia, and the talks devolved into a long and unproductive debate. Despite assurances from Qatar’s Energy and Industry Minister that the market for oil was improving, Monday morning saw prices drop by 7%, indicating March’s gains in the cost of oil may be erased in the weeks to come.

In a small step towards stability, the local Yemeni committees tasked with monitoring a new cease-fire in the country have agreed to begin work. The committees will help exchange records of prisoners of war, arrange prisoner swaps, and open roads to non-military traffic around the besieged city of Taiz. If the cease-fire stands, it will bode well for peace talks scheduled next week in Kuwait. Since the impromptu cease-fire was announced last week, however, there have been multiple reports of truce violations by Houthi rebels and the Saudi-led military coalition opposing them. At the same time, al-Qaeda forces have been making gains during the cessation of hostilities, seizing al-Houta, capital of Lahj province.

The long debated Saudi complicity in the 9/11 terrorist attacks has returned to the forefront of U.S politics.  As President Obama has taken strides towards preventing legislation which could eliminate immunity of foreign governments in cases “arising from a terrorist attack that kills an American on American soil” , pressure from both the Senate and families of 9/11 victims aims to declassify the 28-page conclusion to the 9/11 Commission Report. It is thought that this portion of the report includes evidence of foreign culpability in the 2001 terror attacks; the foreign entity likely indicated is Saudi Arabia.  Saudi Arabia, fearing U.S government prosecution, has threatened to sell up to $750 billion in U.S assets prior to any freezing of funds.  While Saudi leadership at the highest levels of government likely had no hand in the attacks, the same cannot be said for the lower echelons of the Saudi royal family.

Iranian President Hassan Rouhani and Turkish President Recep Tayyip Erdogan agreed to enhance economic cooperation and join efforts in the fight against violence and sectarianism in the region. Despite having strong differences on aspects including the Syrian conflict, the leaders voiced their willingness to work together to face the current state of affairs. As a result of sanctions lifted this January 2016, the countries seek to expand their banking and trade relations. As Mr. Rouhani noted, “the situation is ripe for cooperation between Turkey and Iran in the post-sanctions era.”

The US strengthened support to Iraq in the fight against the so-called Islamic State by agreeing to provide 200 additional troops and several apache attack helicopters. This brings the total number of US troops on the ground to somewhere around 4,100. The helicopters are intended to assist Iraqi forces in retaking the city of Mosul in northern Iraq.

France found itself in hot water with Algeria again this past week when French Prime Minister Minister Manuel Valls tweeted a photo of himself with aging Algerian president Abdelaziz Bouteflika during his most recent visit. Algerians – particularly through the conduit of social media – reportedly found the photo of Bouteflika unflattering and accused France of continued mockery. This comes on the heels of an incident several weeks ago in which Le Monde implicated the Algerian Minister of Industry and President Bouteflika in the Panama Papers, later issuing a correction to having accused the latter of being associated with the scandal.

On Friday, demonstrations and sit-ins were held in Cairo to protest against the Egyptian government’s decision to transfer ownership of two islands to Saudi Arabia, as part of a redrawing of the countries’ maritime borders. Twenty-five protesters were arrested in downtown Cairo, and ordered to be detained for 15 days.

The issue of the Western Sahara remains in the spotlight with the release of a report on the subject by United Nations (UN) Secretary General Ban Ki-Moon this week. Morocco decided to expel the UN Mission for the Referendum in Western Sahara (MINURSO) this past March; Mr. Ki-Moon’s report calls for an extension of MINURSO’s mandate for another year (through 2017), as well as calling for increased engagement from neighboring countries such as Algeria and Mauritania in the peacekeeping and oversight process.

Tunisia will be receiving an estimated $2.8 billion US dollars from a four-year loan programme by the International Monetary Fund (IMF).  According to Tunisian officials, this money was requested to bolster the country’s economic reforms,  Such a payment indicates the importance Tunisia plays in anchoring stability in North Africa, as Libya falls further into chaos.

The French and German foreign ministers arrived in Libya on Saturday for unannounced talks with the head of the unity government, Fayaz Seraj, to offer further support in the newly constructed government’s efforts to pacify the country.  This meeting occurs as the so-called Islamic State’s presence grows inside the wayward state and adds to a continuing flow of Libyan migrants into the European Union.  While French aircraft have conducted aerial reconnaissance, military advisors have been involved in training and advisory roles with Libya’s security forces.  This visit, though, demonstrates the EU’s support for the current government.