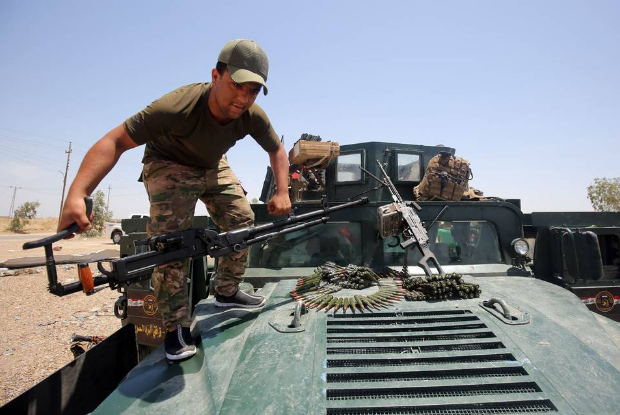 Israel and Turkey will announce an agreement between the two nations to end their six-year diplomatic crisis and normalize relations later this week. After intensive diplomatic efforts by both sides, a compromise has been reached on the partial lifting of Israel’s blockage on the Gaza Strip.

In Dhiban, a town south of Amman, Jordan, protesters have clashed with security officials at a demonstration demanding employment and economic conditions for their region. Residents and protesters had erected a tent in the town’s main square to use as headquarters during their protests and negotiations with police and government officials. The tent was taken down on Wednesday night and protesters were dispersed by force.

An explosives-laden vehicle blew up a few hundred meters from a camp for Syrian refugees on the Jordanian, Iraqi and Syrian border, killing six Jordanian border guards. While no group has claimed responsibility for the attack, it appears to have been a well-planned military operation. As a result, the Jordanian military immediately declared the northern and northeastern border strip with Syria a closed military zone and any vehicle and personnel movement without prior coordination will be dealt with firmly.

An alliance of Kurdish and Arab fighters, backed by the United States, has advanced into the ISIL held town of Manbij, Syria. Manbij strategically links Raqqa to the Turkish border and the Aleppo province.

Turkey has blocked a high-level German delegation from visiting troops at an airbase over issues it has had with Germany over its Armenian genocide resolution. About 250 German troops are taking part in the US led coalition against ISIL in addition to six Tornado reconnaissance planes and a refueling aircraft at the airbase in southern Turkey.

The Kuwaiti National Assembly approved an amendment to its election laws. New election laws now bar those who insult God, prophets or the Amir. The amendment passed forty to three, depriving dozens of opposition members including a prominent opposition leader and the former MP Mussallam Al-Barrak from contesting or voting in elections.

To increase its profit margins, Qatar is considering creating a new government-owned company to market and sell its petroleum products. The new law would delegate Qatar Petroleum as a representative to market and sell government regulated product on its behalf. This new direction was recently approved by the Cabinet as the country continues to consolidate several of its state backed agencies and slims down its government operations.

The United Nations envoy to Yemen urges both sides of the conflict to finalize a peace deal as soon as possible despite their disagreement on the country’s political transition. Foremost in their disagreement are issues related to the presidency. Yemen’s Iran-backed Houthi rebels have said that they will not sign any peace deal without prior agreement on a consensus president to lead the transition. On the other hand, the Saudi-backed President Hadi insists that he is the legitimate president who should lead any transition.

There is growing concern over witness statements that al-Qaida fighters are in southern Yemeni cities of Jaar and Zinjibar, approximately a month after militants withdrew from the towns following tribal led negotiations.

Iran and the Kurdistan Regional Government (KRG) have agreed on the technical details of their plan to build a pipeline that can potentially transfer 250,000 barrels a day of oil to Iran. However, the signing of the agreement has not yet occurred due to the need to further hammer out political and commercial issues.

Iraqi forces have begun their assault on Fallujah, one of ISIL’s strongholds. This operation is focused on evicting the extremist fighters from the territory. This operation follows months of preparation and coordination between all of the members of the coalition. The coalition fighting ISIL includes Iraqi fighters, including Iranian backed Shia fighters and the U.S. led military coalition.  Approximately eighty percent of Fallujah is now out of ISIL control.

The Algerian government has blocked Facebook and Twitter to stop students from cheating on exams. Prior to this year’s baccalaureate exams, test questions were leaked to social media. This has resulted in more than 550,000 Algerian students having to retake their exams.

France’s Mistral warship arrived in Egypt’s port of Alexandria as part of a deal signed with France last year during the French President’s visit to Cairo. Egypt has signed several defense contracts with France, along with a contract for a military telecommunications satellite, which is expected to be built by France’s Airbus Space Systems and Thales Alenia Space.

Morocco’s House of Representatives unanimously passef a law to establish a more liberal Code of Press and Publication. The aim is to modernize current codes in accordance with the reforms of the 2011 constitution.

Dozens of ISIS fighters have been killed as a result of U.S. airstrikes in Libya. Fighters have hunkered down at their headquarters in Sirte, their last bastion in the North African country.

January 1, 2018 Comments Off on Weekly Roundup: Protests in Iran, an attack in Egypt, and Turkey increases security before New Year’s celebrations