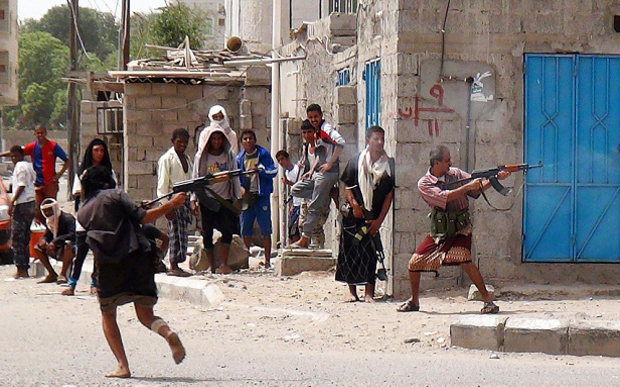 It appears unlikely that Israeli Prime Minister Benjamin Netanyahu will face conviction for a growing money laundering case being built by the Attorney General.  Former Tax Authority Attorney General Udi Barzilai assessed that Netanyahu would only be responsible for a “minor infraction” and that it would be difficult to prove his guilt in court.  Meanwhile, Mr. Netanyahu’s previous Chief of Staff, Ari Harrow, has been detained by police for his role in the alleged laundering scheme. While his reputation will be damaged further by this case, we should not expect to see it tarnish his political position as his eight year reign continues.

The Jordanian Labor Ministry is aiming to carry out a comprehensive survey on the labor market. The survey seeks to produce precise figures of national and guest workers and their distribution in different sectors. The ministry noted that preliminary estimates indicate that there are 750,000 foreign workers in the Kingdom and only 300,000 of them have permits. Additionally, it claims that approximately 100,000 guest workers are employed in the agricultural sector and only about 40% of them have permits. Of those with permits to work in agriculture, 70% have illegally moved to work in other sectors.

U.S Secretary of State John Kerry traveled to Moscow on Thursday for discussions with Russian counterparts on military coordination and a halt in Syrian government air force operations.  Kerry hopes to make a deal with which the Russians would persuade Syria to ground its air force, which has reportedly violated the ceasefire agreement in its pounding of civilian population centers.  A version of the Russian-U.S. plan, leaked in a document published by the Washington Post, shows a U.S. proposal for a joint command center staffed by Russian and American military officers that would target Al-Nusra Front and ISIS.  Mr. Kerry’s trip to Russia signifies the dire circumstances and fragility surrounding the cease-fire and urgency in finally corralling the violence plaguing Syria in its 5-year civil war.

An attempted coup took place on the 15th of July in Turkey, failing largely due to lack of organization, a lack of unanimous military support, and a lack of public support. The Turkish government has arrested over 6,000 people, including prominent members of the judiciary and military. President Erdogan accused Fethullah Gulen of organizing the coup, with Gulen maintaining that he was not involved.

Turkey is urging NATO to provide it with support in its endeavors against problems stemming from the Middle East. It is warning that European allies will face larger crises in the future if the alliance does not take immediate action.  Turkish Prime Minister Binali Yildirim reiterated the same concerns that were raised early by President Erdogan, which were made during the NATO Warsaw Summit. He emphasized NATO’s obligations to be more sensitive in the face of rising terror and regional unrest. Yildirim said, “all countries and humanity must now see the magnitude of the tragedy.” Globally, the number of refugees has increased to approximately 60 million, which is higher than the populations of 160 countries.

Turkey is willing to grant citizenship to Syrian refugees on its borders, President Erdogan said Saturday, in a move that could spell trouble for the hoped-for visa liberalization scheme with the European Union. Approximately 2.7 million Syrians are registered as refugees in Turkey. However, Erdogan did not say how many might be eligible. His proposal was met with great disdain on social medial. Hashtags such as, #ÜlkemdeSuriyeliİstemiyorum – I don’t want Syrians in my country – and  #Suriyelilergitsin – get lost Syrians- began trending on Twitter. European Union member states are also unlikely to warm to the idea of Syrian refugees, exhibiting increasing concern that it will be easier for them to reach Europe if refugees become Turkish passport holder due to the relaxation of visa rules for Turkish passport holders to enter Europe.

The Turkish Prime Minister Binali Yildirim suggested Wednesday that Turkey could move to normalise ties with the Syrian regime in Damascus. He said that he was sure relations would eventually return to normal even if his country would not tolerate Assad remaining in power, straying from calls for regime change that Ankara has maintained since 2011.

The ISIL branch in Saudi Arabia is focusing its recruitment efforts on young Saudis, especially those in their 20s or younger. A recent example indicative of this pattern is the terrorist who exploded a body vest at the security check-point near the Prophet’s Mosque in Madinah, Nair Muslim Hammad Al-Junaidi, and the other terrorists who were killed in Qaif at the same time – all of whom were all under 20 years of age.

Yemen’s civil war has brought certain areas of the country to the brink of famine, trade and aid sources claim.  Food importers have been unable to purchase new food stocks due to over $200 million in currency being frozen in Yemen’s banks  because of the war.  Western banks have already eliminated credit for traders shipping food to Yemen due to fears that that chaos and a crumbling financial system would result in failure of payment.  As much as $260 million in various foreign currencies is being held in Yemeni banks; this money cannot be transferred abroad since relations between the country and Western banks has broken down.  Traders now must take money out of banks in Yemen and physically send cash out by plane, which poses logistical problems amidst the chaos and violence.  Without external financing, the banking crisis in Yemen will be prolonged by the ongoing civil war and those who are most in need of food and basic services will continue to suffer.

Similar to its other Gulf neighbors, Oman is the target of a Human Rights Watch report released this week highlighting the plight of migrant domestic workers trapped in abusive employment circumstances.  The 68-page report entitled “I was sold: Abuse and exploitation of migrant domestic workers in Oman”, discusses Oman’s oppressive kafala (sponsorship) immigrant labor sector and a lack protections that leave migrants vulnerable to abuse and exploitation by employers.  The documented abuse includes beatings, sexual assault, unpaid wages, and excessive working hours with no avenues to address these issues or routes to escape.  Leaving, or quitting, brings with it risk of arrest and punishment.  The evidence was compiled from 59 interviews with migrants whom described details of being “bought” and other abuses.  Oman will be unlikely to acknowledge to this report, as it does not face the same spotlight as Qatar, a country which is struggling to maintain its host status for the 2022 World Cup.

The trail of Bahraini activist Nabeel Rajab’s was postponed until August as human rights groups and the United Nations continue to call for his release. The request for his release has been rejected. Rajab was a leading figure in a 2011 pro-democracy uprising led by Bahrain’s Shi’ite Muslim majority and he has been repeatedly detained. Violence between Shiites and security forces has continued on the island since the 2011 uprising was put down with the help of Saudi Arabia.

Kuwait is considering privatizing its oil services sector, a senior finance ministry official said on Tuesday. Plans would not include its production capability. The finance ministry and state-run Kuwait Petroleum Corporation are studying which sectors and services may be privatized. Kuwait is the 5th largest producer in the Organization of the Petroleum Exporting Countries. Kuwait’s privatization review comes as its neighbor, Saudi Arabia, is preparing to publicly list up to 5% of its state-run oil company.

Boats from Iran’s Islamic Revolutionary Guard Corps (IRGC) maneuvered close to a U.S. military vessel in the Strait of Hormuz on Monday. This is part of a pattern that that the top U.S. general in the region has said risked grave miscalculation. The five Iranian boats included four small patrol craft and a larger boat. They came within several hundred yards of the American ship. The encounters were deemed safe by the U.S., one defense official said, noting that Iranians often shadow U.S. Navy ships in the Gulf.

Four gunmen ambushed a car carrying a lawmaker and a local governor on Sunday in Iran’s restive Kurdish region and opened fire. Both men were wounded, and the driver and a veterinarian traveling with them were killed. The lawmaker, Heshmatollah Falahatpisheh, a member of a key foreign council in Iran’s Parliament, escaped with minor injuries, according to the Mizan news agency. The gunmen are said to have fled towards the Iraqi border.

A car bombing at an outdoor market in Rashidiyah, a district north of Baghdad, has killed at least twelve people and wounded dozens. The bombing occurred as the Iraqi parliament was due to discuss security measures in the capital on Tuesday. No group has claimed responsibility yet. Baghdad has been on high alert after the July 3, attack in the central Karada district. The Karada attack was the deadliest bombing in Iraq in the last last thirteen years.

The Egyptian minister of interior, Magdy Abdel Ghafar, signed a security cooperation agreement with his German counterpart Thomas de Maiziere in Berlin. The agreement solidifies cooperation in preventing crimes, such as terrorism, corruption as well as reinforcing security and decreasing illegal immigration. It also includes also the exchange of information, technical training and expertise between Egypt and Germany.

Tunisia’s Prime Minister Habib Essid has refused to resign and wants parliament to decide his fate. This has resulted in a political deadlock over President Beji Caid Essebsi’s plan to form a new unity government. The country’s current ruling coalition has struggled to generate more growth and jobs since the a series of terrorist attacks have adversely affected Tunisia’s tourism industry.

Libyan forces allied with the United Nations backed government have been shelling and carrying out airstrikes against ISIL militants at the center of Sirte city. These militants are defending the terrorist organization’s last stronghold in Libya. They have been keeping Libyan forces back with sniper and mortars. This has resulted in the battle for Sirte being slow and characterized by street-by-street fighting as forces clear out residential areas.

General Benhadid Hocine, 72, a retired Algerian  general, has been provisionally released from jail after being held in police custody for more than nine months for making statements critical of President Bouteflika, his brother Said, Ahmed Gaid Salah, Chief of Staff and Deputy Defence Minister, and Ali Haddad, president of the Forum of Heads of enterprises (FCE), a powerful employers’ organization. It was feared that he would pass away while in prison as he suffers from several diseases, including cancer.

Morocco, the only country on the African continent which is not a part of the African Union, is attempting to rejoining the Union after over thirty years of self-imposed distance from it given differing political opinions on the issue of the Western Sahara. Morocco has traditionally argued that the Western Sahara constitutes a portion of Moroccan territory, using this as the justification for what the international community feels is an occupation; conversely, the African Union “recognises Western Sahara as an independent state”, which is what led to the feud that resulted in Morocco leaving the Union in 1984. Morocco is reported to be in negotiations with leaders on the continent to lobby for their reinstatement as a member. 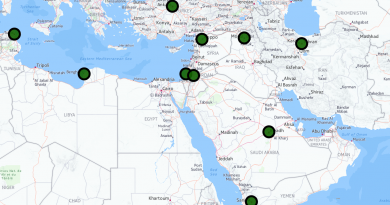