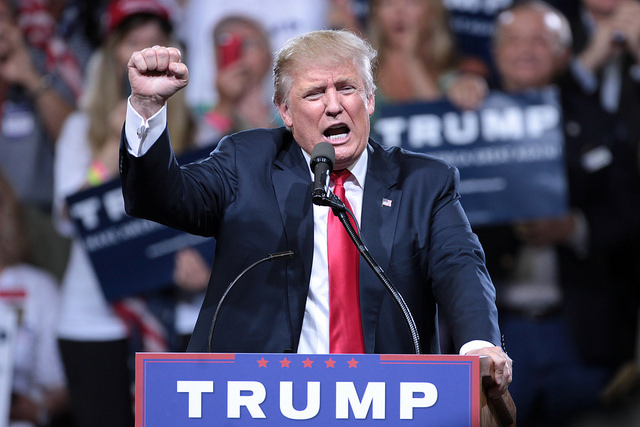 Since launching his presidential bid last year, Donald Trump has come under fire for promising to “take” Iraq’s oil, ban Muslims from entering the United States, and subject terrorism suspects to “a hell of a lot worse than waterboarding.”

So how does the Arab world – which is the focus of some of Trump’s most bellicose rhetoric – view his nomination as the Republican Party’s presidential candidate?

No comprehensive surveys of the region have been conducted, though one recent poll found that a minuscule percentage of Egyptians and Saudis want Trump to win the election. However, the poll also discovered that only about one-third of those surveyed expressed support for the Democratic nominee, Hillary Clinton, while a plurality preferred neither candidate.

To get a better idea of how Arab pundits view Trump, JMEPP translated portions of five op-eds, published in newspapers from Algeria to Saudi Arabia, on the bombastic businessman. (Click here for our article on how Hillary Clinton is covered in the Arabic-language press.)

Fahed Fanek, “From Qaddafi to Trump”

If Qaddafi could govern an Arab country, Libya, for a period of 40 years, despite the worldwide ridicule he received for his abnormality, to say the least that could be said of him, then there is nothing preventing Trump from governing America, despite – or perhaps because of – the two men’s shared traits. Trump has insulted women on more than one occasion, and he wants to deport 12 million illegal immigrants and ban Muslims from entering America. He calls for isolationism under the slogan of America First, and proposes pompous goals that he lacks the strength to achieve, such as making America great again.

In short, he is a demagogue with zero experience in politics and governing. The Republican Party, which worked with and served the wealthy, among them the billionaire Donald Trump, is at fault – and the party must now shoulder the responsibility. The simple American who is deceived by Trump’s slogans deserves to be governed by Trump. It may be said that this is democracy and the ballot box, but we should remember that Hitler did not seize power, but obtained it through the ballot box.

Ali Sa’ad al-Musa, “I, as a Saudi, am for Trump and against Clinton”

In my opinion, I will be for the color red [i.e., the Republican Party], for Donald Trump, and for the Republicans’ return to the halls of [the White House]. But why? First, I am a Saudi citizen whose national economy – all praise to God – struts in the heart of the G20 club. This is an equation that only befits an American president from the Republican Party, because the party’s doctrine revolves around the idea that the strong are the ones who open life’s doors for the weak, and create money and jobs for them. By contrast, the Democrats see in the principles of socialism a way to shrink the giants.

My point of view is that capital is cowardly, and does not tolerate political adventures, and it is clear that Saudi-American relations prosper and grow with every Republican leader who arrives to the White House. Finally, some of you may ask me: But what do you say about the statements of Donald Trump about Muslims and minorities in America, and how he is calling to expel and deport them? The answer lies in a reading of the history of electoral festivities. All of it is fiery speech for consumption, which soon melts and evaporates after the first month of the president entering the White House. The notion of democratic elections is based first and foremost on economic interests, not on the corridors of politics. Thus, as a Saudi, I see my interests with Donald, not with Hillary.

Osman Mirghani, “Trump’s Superficiality in his Hostility Towards Muslims”

The election of Trump as the Republican Party’s nominee, if the party convention scheduled for this July nominates him, will be a disgrace to the party, which has allowed a man of questionable commitment to the party to arrive at this position. The words one hears repeated by the Republican Party’s leaders to absolve themselves of Trump’s inflammatory statements are not convincing, because he will become the party’s face and representative in the presidential elections. If the party were not content with him and his positions, they would have stopped this dangerous adventure.

One might say that the Republicans are no longer able to stop the runaway Trump train, because if they did they would face rebellion and anger from his base who voted for him in the primaries. The party’s sensible people realize this risk, but they see a greater risk – not just to America, but to the world as a whole, if a fascist demagogue like Trump becomes president of the most powerful country in the world.

Even if Hillary Clinton wins the presidential election, there are lessons that must be learned from the election on fighting against the anti-Muslim and anti-immigrant speech used by extremists like Trump in America and Europe.

Donald Trump, the Republican candidate in the American presidential elections, shortens the distance between his country and our Arab world. He fills the gap – a gap we thought was big –between the world that raises the banner of democracy and human rights, and our world that is drowning in bloody, sectarian wars.

Last December, the boxing hero [Muhammad Ali] called on Muslims to stand up to “those who use Islam to advance their own personal agenda.” When Trump was asked about this report on Saturday, he responded, “I don’t think he meant me. He didn’t mention my name or anything concerning me.”

The America that Trump is trying to push towards does not resemble the country that [Muhammad Ali] dreamed of, as he “floated like a butterfly and stung like a bee” towards the top. The struggles of people like him to defend civil rights, end racist discrimination, and work for social justice, peace, freedom, and other goals will all be threatened if Americans actually decide to hand over their country to Trump. In terms of the economy, America will not be better off: Former Treasury Secretary Lawrence Summers estimated that if Trump fulfilled half of his promises, America would slide into the worst trade wars [since the Great Depression]. … That is not to mention the fact that in Trump’s view, America is at war with Islam, which in itself is an open call to terrorism against America.

Mohammed Krichen, “The Idiocies of Trump”

Before the Orlando incident, analysts inquired how a terrorist attack would affect the American presidential elections. Now, we know at least part of the answer: Mr. Trump revealed, in a way he had not done before, that he is a man who is unfit for leadership.

After weeks in which it had appeared that Trump’s excesses against Muslims had disappeared to some extent, the Orlando incident strongly revived his tendency towards hatred. He launched into what resembled feverish delirium in television interviews and successive statements, making a series of nonsensical remarks, each surpassing the other in idiocy.

Trump does not see his fellow Afghan American citizens as anyone but Omar Mateen. He does not see, for example, Zalmay Khalilzad, the previous US ambassador to the United Nations, Iraq, and Afghanistan, who was born in Afghanistan. In the same exact way, Naguib Sawiris [the Egyptian billionaire who has expressed support for Trump] does not see anything in Trump except their shared hatred of Islam and Muslims. Therefore, both of them deserve the other. Nowadays, both of them fail the test of fitness for leadership, because both of their hearts have been blinded by hatred. 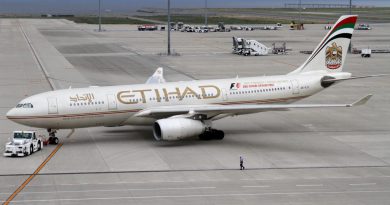 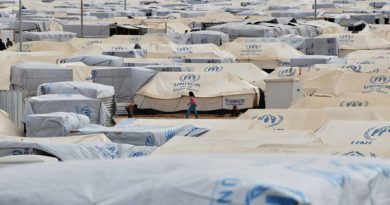 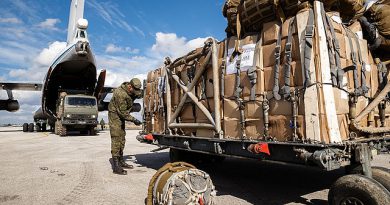 One thought on “President Trump: The Arab World’s Perspective”