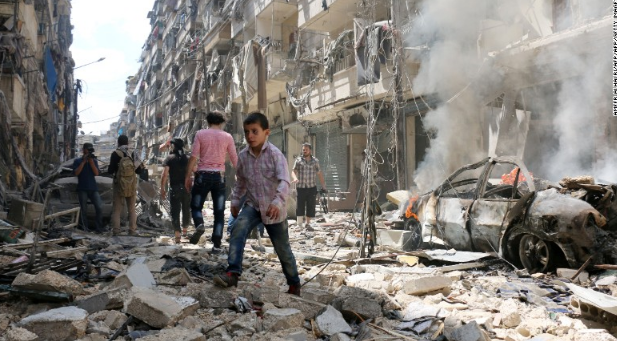 According to the World Bank Director for the Middle East and North Africa Ferid Belhaj, the World Bank has renewed its commitment to support Lebanon over the next three years. The amount of grants and loans earmarked to Lebanon are over $1.5 billion. The funds will help improve the quality of Lebanon’s public education system and help expand access to Syrian children between the ages three to eighteen.

According to Israeli defense and diplomatic officials, Hamas is in the process of digging over six miles of tunnels leading from Gaza to Israel per month, and some of the tunnels are undetectable. A senior diplomatic source went on to say that Israel has no perfect solution to the tunnel problem and neither does any other country. A recent report on the tunnels came to light in the midst of claims that Prime Minister Netanyahu mishandled the 2014 Gaza war and that the scope of Hamas’ tunnel network had caught him by surprise.

A suicide bomber blew himself up earlier this week in a crowded district in the predominantly Kurdish town of Qamishli in northern Syria. The attack was claimed by ISIL and resulted in massive destruction, as well as the deaths of 44 people. Qamishli is the town that the Kurds refer to as the capital of their self-declared autonomous enclave in northern Syria.

According to Amnesty International, the sanctity of human rights in Turkey is in jeopardy following the failed coup in July. The reaction of the Turkish authorities has been swift and brutal. They have unleashed a crackdown of exceptional proportions that has continued after a state of emergency was declared. Among other accusations, it is widely believed that captured military officers are being raped by police.  In addition, hundreds of soldiers have been beaten and some detainees have been denied access to food, water and to lawyers for days.

As part of the government crackdown, the Turkish government has ordered the closure of 3 news agencies, 16 television channels, 23 radio stations, 45 daily newspapers, 15 magazines and 29 publishing houses, leaving thousands of people blacklisted and without employment. This decree also included an announcement that the gendarmerie and the coast guard would now fall under guidance of the Interior Ministry, and not the army.

Five Saudi border guards were killed in clashes along the Yemen border earlier this week and two Saudi pilots died when their Apache helicopter crashed inside Yemen on the same day, constituting one of the deadliest days for Saudi Arabia this year. According to Saudi Arabia’s Interior Ministry, the border guards were killed in an eight hour cross-border clash with militants from Yemen. While not identifying the attacker, the Interior Ministry said the clashes took place in Najran.

Qatar’s Emir has promised to pay the wages of thousands of public sector employees in Gaza in order to decrease financial strain on the region. They will spend approximately US$31.6 million to cover a month’s worth of salary. Israel has enforced a strict economic blockade on Gaza since 2006, after Hamas won general elections. The party lost control shortly thereafter.

The United Nations Humanitarian Coordinator for Yemen voiced alarm at increasing bloodshed in Taiz. The UN has called for a humanitarian truce in the Yemeni province after government forces captured a town from Houthi militia. The heavy fighting has spurred allegations of war crimes. A ceasefire accord between the Houthis and Hadi loyalists has repeatedly been violated since it took effect in April.

Iran’s semi-official ISNA news agency has reported that the judiciary has confirmed the detention of an Iranian-American who was visiting family in Iran. The detention of Robin Shahini occurred in Gorgan amid growing concern regarding the increase in arrests being made of Iranians living abroad during their visits to the country. Iran does not recognize dual nationalities.  In addition to Shahini’s arrest, other dual nationals have recently been arrested coming from the U.S., Britain, Canada and France. For example, in May Nazanin Zaghari-Ratcliffe, a British-Iranian dual national was arrested at airport check-in in Tehran while attempting to leave the country.

A suicide car bombing claimed by ISIL killed 16 people, including a group of women and children that were packed into a minibus outside an Iraqi town earlier this week. A police officer at the scene said most of the victims died inside their vehicles while waiting at a checkpoint to enter Khalis, approximately 50 miles north of Baghdad.  The Iraqi Prime Minister Haider al-Abadi has come under renewed pressure to improve security since a suicide attack claimed by ISIL earlier this month killing 292 people in central Baghdad.

Political wrangling between Baghdad and Erbil is adversely impacting the military offensive to retake Mosul from ISIL. Tensions have been building recently between the government of Iraq and the autonomous Kurdistan Regional Government, particularly since the Iraqi central government excluded them from a meeting for the anti-ISIL coalition in Washington. Much of the tension is related to the Kurds stressing that they will not leave the areas in Ninevah, which have been liberated from ISIL.

Egypt plans to approach investment banks for a Eurobond sale. This is part of the government’s efforts to shore up reserves and finance an economic program that will predominantly rely on a $12 billion loan from the IMF. An IMF delegation is set to arrive in Cairo on July 30 for talks, which are scheduled to last two weeks. Egypt expects to receive at least $2 billion within two months of agreeing to a three-year $12 billion loan programme with the International Monetary Fund. Authorities hope to reach a preliminary accord with the Washington based lender at the end of the visit.

There is an agreement between organizations and parties in Tunisia regarding the need for change in the political sphere. Tunisia’s parliament is set to be ready to sack Prime Minister Habib Essid next week after the ruling coalition announced that it would not back him in a vote of confidence. Essid has been under pressure to quit after President Beji Caid Essebsi called last month for a new unity government that could push through economic reforms and calm social tensions.

Morocco has arrested 52 ISIL-inspired militants. Officials have stated that they have foiled several attacks in the country and have seized weapons and bomb-making materials. It is the largest group of individuals arrested in years in the North African kingdom. According to official statements, many members of the group were planning on creating an ISIL province in Morocco.

Algeria will be launching a new economic growth model for the next four years focused on reforming the tax system in order to bring in more revenue and to reduce dependence on energy exports. This new direction is part of a strategy to diversify the country’s economy away from oil and gas, which accounts for 95% of export revenues and 60% of the state budget. A sharp decline in global crude oil prices has had a detrimental impact on Algeria. It has pushed the government to cut spending for 2016 by 9% with a plan for further cuts in the coming years. Several infrastructure projects have already been suspended to ease the country’s financial pressures since oil prices started falling in 2014. 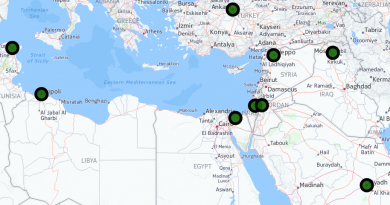