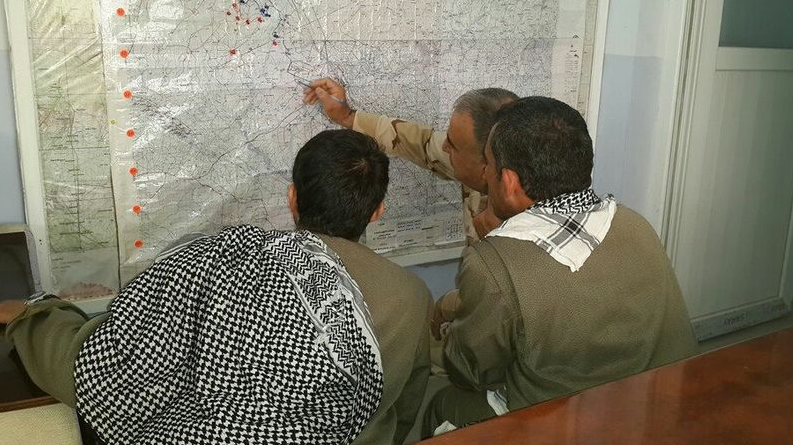 Prime Minister Benjamin Netanyahu spent approximately six hours this week speaking to senior Israeli journalists. During the meetings, he presented them with an unmediated account of his achievements and worldview. According to the Prime Minister’s staff, he plans on continuing to meet with  traditional media outlets. Over the past few years Netanyahu has given very few interviews to traditional media and has preferred to use social media as his primary platform. As a result, his return to traditional media has evoked quite a bit of interest and conjecture as to his motives.

Rebels have made significant gains in Aleppo breaking a government siege on the eastern part of the city. Their success is attributed to different opposition factions coming together to form a rare alliance in order to break the siege. Jabhat al-Nusra, a Syrian jihadist group that recently changed its name to Fateh Al-Sham, played a significant role in the gains that were made. It is widely believed that these gains will strengthen the rebels’ negotiating power should a new round of peace talks commence.

Syrians are celebrating ISIL’s of the Syrian city of Manbij to U.S.-backed rebels. Residents took to the streets to enjoy basic rights they were denied for two years under the terrorist organization’s rule. Residents cut off their beards, burned niqabs and smoked cigarettes, among things they were not allowed to do during ISIL’s rule over the city.

According to the Jordanian Department of Statistics, unemployment in Jordan among university degree holders has increased to 18.6% compared to those with other educational levels. Rising unemployment is among the biggest challenges facing the country and is fueled by an economic slump and the spillover from conflicts in Syria and Iraq. There is growing concern that the country’s unemployment issue can potentially turn into a radicalization problem if a feasible policy addressing these statistics is not implemented soon.

Turkey has stated that it will not compromise with the United States regarding the extradition of Fethullah Gulen an Islamic cleric it accuses of orchestrating July’s failed coup. Turkey’s Prime Minister, Binali Yildirim has warned that anti-Americanism will increase in the country if Gulen is not extradited to Turkey. According to Turkish newspaper Hurriyet, the Turkish Prime Minister has stated that the U.S. stance on Gulen’s extradition was “getting better”.  However, U.S. officials have said that the United States has a formal process for dealing with extradition requests and that Turkey must provide solid evidence of Gulen’s involvement in order for extradition to be considered.

The Pentagon has announced that the United States will sell $1.5 billion in armaments and tanks to Saudi Arabia while also providing them with additional military advisory support. The sale will come as the Kingdom reinitiates an aerial campaign against the Houthi rebels, who control large portions of Yemen. Saudi Arabia’s critics in Congress say they may seek to block the sale, also expressing concern regarding the Saudi-led intervention in Yemen that began in March 2015 and stating that they are not willing to allow the latest deal to proceed unchallenged.

Qatari officials are currently developing a new National Development Strategy for the next five years spanning 2017-2022. The plan’s priorities include acknowledging “hard budgetary constraints” and a greater need for coordination inside the government. The Qatari government believes that the key to a stronger future for the country is diversification. To strengthen the country’s economy, it is believed that it is key to diversify Qatar’s economy away from hydrocarbons and to empower the private sector to make up for the “shortfall” of a government-driven economy.

According to Oman’s Minister of Oil and Gas Mohammed bin Hamad al-Rumhy, Oman and Iran have agreed to change the route and design of a planned undersea natural gas pipeline to avoid waters controlled by the United Arab Emirates. The planned pipeline would connect Iran’s vast gas reserves to Omani consumers as well as liquefied natural gas (LNG) plants in Oman. After international sanctions on Tehran were lifted in January, the two countries renewed efforts to implement the project and view it as key to their countrys’ economic strength.

The hostilities in Yemen have resumed after U.N.-backed peace talks ended without an agreement on how to end the Yemeni civil war. For a fourth consecutive day, Saudi-led coalition jets bombed rebel positions in Sanaa last Friday. Sanaa fell to the Houthis when they captured large segments of the country. The civil war has killed more than 10,000 civilians and has resulted in a major humanitarian crisis. According to the United Nations, the war has left approximately half of the country’s 27 million population with no access to healthcare and around 80% in need of some form of humanitarian aid.

Iran and Pakistan have agreed to forge a close counterterrorism cooperation to deal with security threats such as ISIL, which constitutes a security threat to both nations. This was agreed on in the ninth round of bilateral political consultations held in Tehran. The shared regional threat was underscored during the meeting after dozens were killed in a suicide bombing at a hospital in the southwestern Pakistani city of Quetta. ISIS was one of two groups to issue competing claims of responsibility.

Iraqi and Peshmerga forces have begun an operation to retake villages around Mosul from ISIL militants. The military operation is a major step in the attempt to retake Mosul, Iraq’s second largest city. ISIL fighters tried to slow down the offensive with two suicide car bombs detonated near the village of Sateeh. The militants are now burning tires near their positions in an attempt to shield themselves from U.S. led coalition aircrafts.

Days after an IMF deal being reached, Egyptian President Abdel Fattah al-Sisi has stated that he is committed to pushing through economic reforms and to cutting public debt. The deal, which consists of a $12 billion loan program, is still subject to final approval by the IMF executive committee with disbursement being linked to progress on a variety of reforms.

Algeria is on a mission to cement its ties with the United States amid the rise in regional tensions and a decrease in oil revenues. Algeria wants U.S. support to help shore up a fledgling political settlement in Libya, while simultaneously preventing conflict in Western Sahara from flaring up.

Libyan forces engaged in clashes with ISIL militants in Sirte earlier this week, seizing key sites including the convention complex that was occupied by ISIL militants and used as a symbol of terrorist organization’s authority in the city. The United States Africa Command stated that it carried out seven strikes in the city on Wednesday, targeting trucks mounted with heavy artillery, fighting positions, a vehicle-borne improvised explosive device and two supply trucks. According to U.S. defense officials, only a few hundred ISIL militants are currently holed up in parts of Sirte. 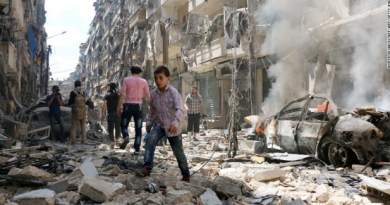 May 7, 2019 Comments Off on News Roundup: Temporary ceasefire in Gaza, protests continue in Algeria to remove the ruling elite, and Haftar urges continued fighting in Tripoli during Ramadan