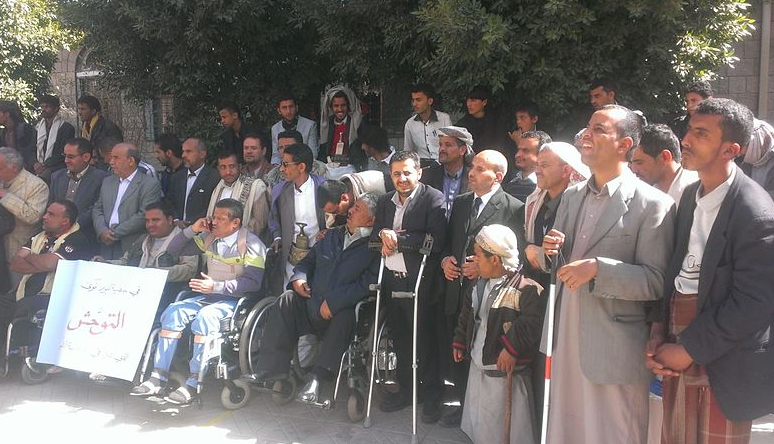 Earlier this week the Israeli military closed its investigation into the airstrike that hit near a school in the 2014 Gaza War. There are a total of seven investigations that have been opened regarding military misconduct during the war between militants in Gaza and Israel.  Israelis have said they are closing these investigations two years after a cease-fire ended the fighting. International, Israeli and Palestinian human rights groups have questioned the military’s ability to investigate these actions in an impartial manner and want an independent investigation to occur. The Palestinians are also pursuing war crimes claims against Israel related to the Gaza War at the International Criminal Court in The Hague.

American fighter jets were scrambled from US aircraft carriers in the Mediterranean in response to bombing raids by Syrian jets on positions near US Special Forces soldiers in northern Syria. The US F-22 jets arrived above Hasakeh city just as the Syrian aircraft were leaving and no force was used against them. The Kurdish YPG militia control most of Hasakeh and maintains an increasingly uneasy alliance with Syrian regime troops there, with regime air raids on the area taking place at unprecedented levels. Additional combat air patrols forces have been sent to the area to protect coalition ground troops who are supporting Kurdish efforts against IS forces.

A trash collection crisis is looming over Lebanon once again as the municipality of Beirut has made a decision to block access to the Bourj Hammoud site. As a result, trucks from the the Sukleen firm have stopped collecting and transferring trash to this site. Lebanon’s Minister of Agriculture Akram Shehayyeb has issued a warning that if the issue is not promptly remedied there is a risk that there will be a return of the waste management crisis that Lebanon witnessed last year.

An ISIL  suicide bomb attack reportedly carried out by a child tore apart a Kurdish wedding party in the Turkish city of Gaziantep, killing 54 people. According to the Pro-Kurdish Peoples’ Democratic Party, the wedding was for one of its members. Most of the victims of this attack were children. This latest attack followed a series of attacks in Turkey’s southeast that left at least 12 people dead and over 200 wounded.

A dozen Turkish tanks crossed the Syrian border after Turkish shelling of ISIL related targets. Special forces also crossed Syria’s northern border as part of the offensive. According to President Erdogan, the Turkish operation is targeting ISIL and Kurdish fighters. Turkey is intent on destroying ISIL, as well as the opportunity for Syrian Kurdish forces to fill the vacuum after ISIL is eliminated. Turkey and Syria fear that Syrian Kurds will take over ISIL occupied areas once the terrorist organization leaves.

U.S. arms sales to Saudi Arabia are under fire from U.S. lawmakers. Lawmakers are targeting arm sales as part of their opposition to Saudi Arabia’s bombing campaign in Yemen. Criticism has increased substantially following Saudi airstrikes that hit a school and hospital injuring dozens of civilians. A letter was sent to President Obama regarding these concerns, with lawmakers stating that “any decision to sell more arms to Saudi Arabia should be given adequate time for full deliberation by Congress.” According to the office of Representative Ted Lieu (D-California), twenty members have signed the letter thus far. Lieu is leading the effort, along with Representatives Ted Yoho (R-Fla.), John Conyers (D-Mich.) and Mick Mulvaney (R-S.C.).

Thousands of Yemenis rallied earlier this week in Sanaa in support for the Houthi-led bloc as the group’s new governing council vowed to form a full government to govern the capital and other parts of the country under their control. The G-18 group of nations that backed the U.N. peace talks have condemned the Houthi show of force as being unconstitutional and unilateral.

Bahrain’s King Hamad held key talks with Turkish President Erdogan. During their talks, the Bahraini king reiterated his nation’s full support to the measures taken by President Erdogan after the failed coup attempt that took place in July of this year. The two leaders also discussed measures that would comprehensively enhance  bilateral relations between their countries.

Iran is organizing a Shia Liberation Army to deploy abroad. Fighters will be recruited from local populations in which Iran is currently involved in conflict. Units of the Liberation Army will be trained and deployed in Arab countries. Iran has been involved in sectarian conflicts for decades and is presently involved in multiple conflicts throughout the Middle East, most notably in Syria and Yemen. The aim is to utilize foreign fighters instead of Iranian soldiers in order to stifle growing public discontent at its many military adventures.

A Iranian foreign ministry spokesman stated that Russia will no longer be using an Iranian air base to carry out its bombing campaign in Syria. Hossein Deghan, Iran’s Defence Minister, has criticized Russia for the high level of publicity that Russia’s actions have generated, saying that it has exhibited a “show-off” attitude. The original arrangement enabled Russia to use more firepower in the Syrian conflict and provided it with immense military flexibility.

Iraq executed 36 people by hanging who were sentenced to death for the mass killing of hundreds of 1700 Shia soldiers north of Baghdad in 2014. The Iraqi government is also coming under increasing pressure by local Shia politicians to execute militants sentenced to death after a bombing targeted a shopping area in Baghdad earlier this summer.

The Iraqi military continues to make significant advances in their fight against ISIL. Iraqi troops and militia are advancing towards the town of al-Qayyara, the next battleground in the military strategy to eradicate ISIL from Mosul. Al-Qayyara is considered a vital staging ground for Iraqi and U.S. troops. They are a short distance from the town center and approximately 60 kilometers from Mosul. Some analysts believe that Mosul will be liberated from ISIL by the end of 2016.

President Abdel-Fattah El-Sisi stated that Egypt will solve issues pertaining to its unstable dollar exchange rate within the coming months. Egypt is intent on implementing measures to revive its economy amid signs that aid from Gulf states will not be as readily available as before. The country is currently bracing to meet IMF fund requirements for a $12 billion loan. If the reform process proceeds successfully, it could unlock billions of additional dollars in aid.

A recent report in the Washington post claimed that fundamentalists are gaining ground in Algeria as new mosques are being constructed and more women are covering up. Critics of these policies are worried about the rise of Salafism and its impact on social mores. The country has been experiencing a rise in Salafism during this time period in tandem with high unemployment rates and economic turmoil. Other North African countries are also grappling with assertive efforts from individuals seeking an increased role for Islam in in their respective societies.

Tunisian Prime Minister Habib Essid lost a vote of confidence in parliament earlier this week. He was in office for just over a year and a half. Out of 217 members of parliament, 118 voted to unseat the Prime Minister. One key factor that contributed to Essid’s problems is the country’s economic and unemployment issues.

Libya’s unity government has indicated that it is seeking approval from the parliament in the eastern part of the country. This is despite members of the assembly voting to reject the the struggling administration. The UN-backed government is trying to unite rival factions that have divided the country since 2011. Receiving the support of the eastern parliament is a key component of this process.

King Mohammad VI has called on Moroccans living abroad to reject extremism and defend a tolerant form of Islam as part of its counterterrorism strategy. It was his first address to the Moroccan diaspora since the recent attacks in Europe. Two of the ISIL militants that were killed in the aftermath of the Paris attacks in November of 2015 were Belgians of Moroccan origin.

Secretary of State John Kerry met with Saudi Arabia’s King Salman and Deputy Crown Prince Mohammad bin Salman to express U.S. concerns regarding recent bombings in Yemen, as well as to discuss ways to resume Yemeni peace talks and end the conflict in Yemen.  The Secretary of State will soon meet with Sergei Lavrov, his Russian counterpart, to discuss military cooperation such as coordinated airstrikes against ISIL and intelligence sharing between the two countries concerning Syria.

Weekly Roundup: Iran and Iraq continue to recover from last week’s earthquake, Three cities in Yemen run out of water, and a stampede for food aid kills 15 in Morocco