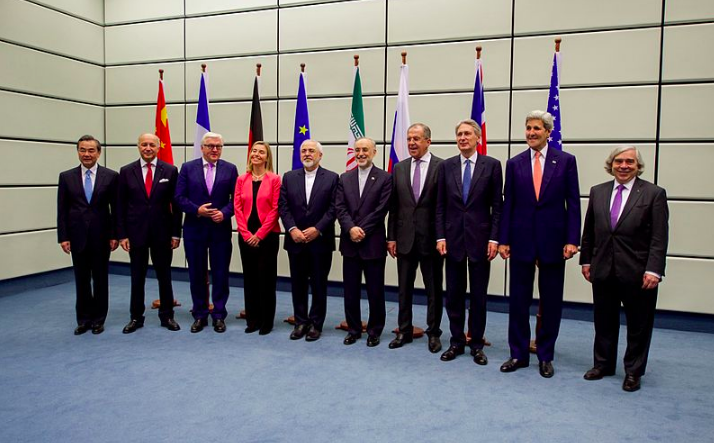 Israeli authorities told U.S. officials that Israeli soldiers involved in the February killing of an American teenager did not commit criminal wrongdoing, and that the case against them will not be pursued. The soldiers testified that Mahmoud Shaalan had tried to stab them, while his relatives said he was innocent.

On Friday, a group of 10 former Israeli and American admirals and policymakers, calling itself the “Commission on the Eastern Mediterranean,” issued a report advocating that Israel enhance its status as a naval power, especially in the Mediterranean, in response to chaos in the region. In the past, the Israeli navy has been used primarily to protect Israel’s coastline and prevent weapons from reaching Gaza.

ISIL fighters lost the last bit of land they had controlled on the Turkish-Syrian border as Turkish troops and allied Syrian rebels continued their offensive against the group. On Saturday, Turkey sent 20 more tanks, backed by artillery, across the Syrian border to conduct operations against ISIL. ISIL’s previous control over large swathes of the border had enabled it to profit from lucrative smuggling operations and to receive recruits. Turkey’s offensive is part of a plan to set up a “safe zone” along part of its border with Syria.

On Friday, the Lebanese government indicted two Syrian intelligence officers for their alleged involvement in a double bombing at a Sunni mosque in Tripoli in 2013, which killed 45 people. The two men recently indicted are Captain Mohamed Ali Ali and Nasser Jouban, but neither are in custody. Since the start of the Syrian civil war in 2011, the city of Tripoli has often witnessed violence between Alawite supporters of Syrian President Bashar al-Assad and Sunni supporters of the rebels seeking to overthrow his government.

A top cleric in Saudi Arabia escalated the country’s rhetoric against Iran by stating that the country’s leaders are “not Muslims.” The day before, Iranian Supreme Leader Ali Khamenei alleged that Saudi authorities “murdered” pilgrims who were injured during stampedes in last year’s hajj in Mecca. Of the 2,426 Muslim pilgrims who lost their lives, 464 were Iranian, more than any other nationality. In response, Mohammed bin Nayef, the Saudi crown prince and interior minister, said that Iran is attempting to politicize the hajj. Relations between the two regional rivals have worsened over the past year, especially after Saudi Arabia executed outspoken Shia cleric Nimr al-Nimr, and Iranian protesters subsequently attacked the Saudi embassy in Tehran.

The United Nations issued a report finding that at least 10,000 people have been killed so far during the war in Yemen, exceeding the previous estimate of 6,000. However, the true number of dead is thought to be higher than 10,000, since many are believed to have been buried without official records.

A bomb blast east of Sanaa, Yemen’s capital, injured several and killed at least 20 Yemeni soldiers loyal to the government of exiled President Abd-Rabbu Mansour Hadi. According to two officials, the bomb exploded at the entrance to a Yemeni army camp in central Marib province, which is an area mostly under the control of the Hadi government. It is not yet clear if the bomb blast was an accident or a deliberate attack.

According to a report published by the Institute for Science and International Security, a Washington, DC-based think tank, the United States and other countries party to the nuclear deal with Iran secretly granted it exemptions from some of the deal’s terms, such as keeping its stockpiles of low enriched uranium to below 300 kilograms. Republican politicians have seized on the report to criticize the Obama administration, which for its part said it took “significant exception” to some of the report’s findings.

SOMO, the government-owned company that markets Iraq’s oil, has blacklisted three tankers involved in shipping crude oil from Iraq’s semi-autonomous Kurdish region. The move ratchets up the pressure on Iraqi Kurdistan, which is in negotiations with Baghdad on sharing oil revenue. Iraqi Kurdistan has been independently exporting crude oil through Turkey since mid-2015, which has angered the central government in Baghdad. For their part, Kurdish leaders claim Baghdad has not respected an oil revenue-sharing deal it signed with the region.

The Egyptian government has appointed an imam to keep peace between Coptic Christians and Muslims in the city of Minya, reported the New York Times. Tensions have been running high in Minya, where Copts comprise about 40% of the city’s population. Coptic leaders say they have been subjected to dozens of attacks in the past three years, including some killings.

Five hundred tons of chemicals that could be used to make chemical weapons were removed from Libya by a Danish team, with assistance from the United Kingdom and Finland, and will be brought to Germany. With chaos roiling much of the North African country, many have feared that weapons stockpiles dating from the Qaddafi era could fall into the hands of terrorist groups.

Islamist militants killed three Tunisian soldiers and wounded seven others on August 29, opening fire with rifles and rocket-propelled grenades after their patrol hit anti-tank landmines. The Tunisian military has been pursuing the jihadists, who use the Mount Sammama area near the Algerian border as a base for operations. Although Tunisia’s transition to democracy since 2011 has been viewed as a model for the region, the country continues to face security threats from Islamist militants. 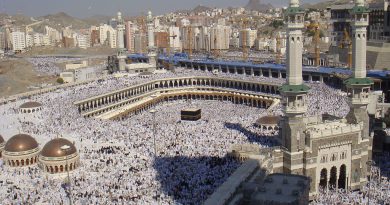 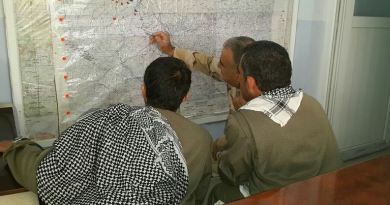