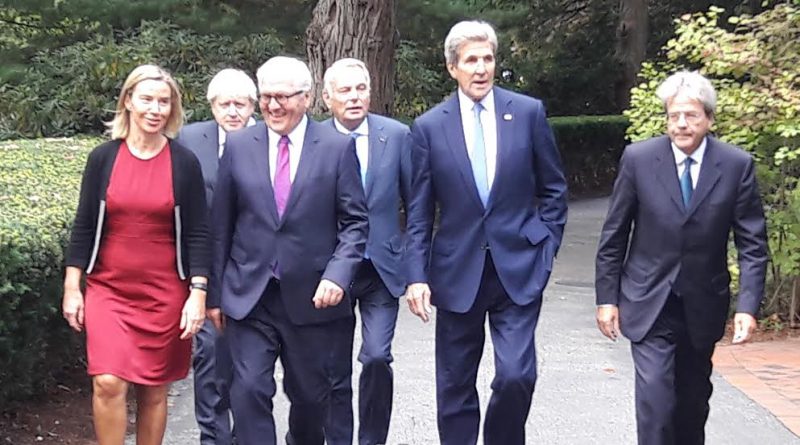 US Secretary of State John Kerry strongly condemned the breakdown of the recent ceasefire in Syria before a meeting of the “Quintet” foreign ministers at Tufts University on Saturday.

“One thing I think all of us join in saying, and I’m going to make this clear: What is happening in Aleppo today is unacceptable. And it is beyond the pale,” Mr Kerry said in brief opening remarks before closed-door talks between representatives from the United States, France, Germany, Italy, and the United Kingdom began.

On Monday, the Syrian government declared an end to the truce. Shortly afterwards, an airstrike hit a UN aid convoy, killing at least 20 people. The US has accused Russian or Syrian planes of launching the attack, charges the two states denied.

“If people are serious about wanting a peaceful outcome to this war, then they should cease and desist bombing innocent women and children, cease cutting off water and laying siege in medieval terms to an entire community, and work with the international community in order to be able to bring peace to people who are starving – literally starving – but also starving for the possibilities of a future without chlorine dropping on them out of the sky, barrel bombs and indiscriminate bombing,” Mr Kerry said.

“[On Syria], Russia needs to set an example, not a precedent – an unacceptable precedent, I might add, for the entire world,” he added.

Mr Kerry stated that the five ministers would also be discussing Ukraine. “We also stand absolutely united for a democratic Ukraine, another place where we call on Russia to cooperate.”

Boris Johnson, the UK’s foreign secretary, tweeted that “Russia must stop abetting Assad,” noting that 140 civilians had been killed in Aleppo over the past 24 hours. 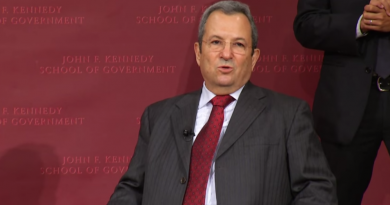 October 2, 2015 Comments Off on Ehud Barak on the Iran Deal and the Future of the MENA Region