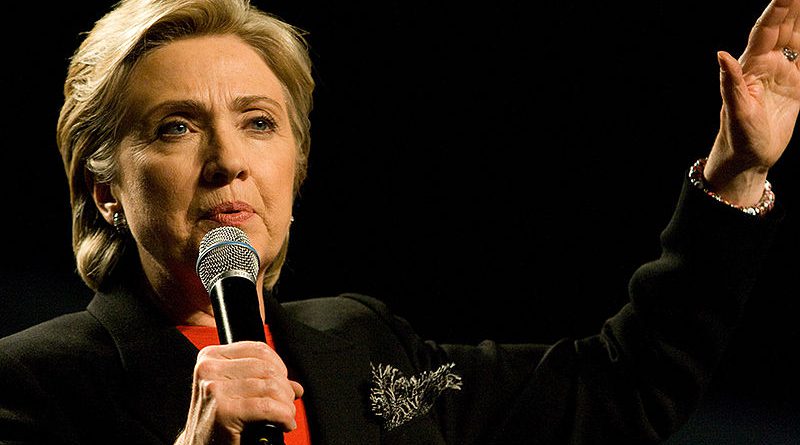 For Republicans, Democratic presidential nominee Hillary Clinton’s Middle East policy has been a lightning rod. In addition to Clinton’s email scandal, Republicans have frequently criticized positions the former secretary of state took during the 2010-11 Arab Spring uprising and the 2012 attack on the U.S. consulate in Benghazi, Libya.

The Arab world’s pundits have their own concerns – and hopes – for how a Clinton presidency might affect the region. As a follow-up to our previous article on how Donald Trump is covered in the Arabic press, JMEPP has translated excerpts of a handful of op-eds from the region that shed light on how Mrs. Clinton is perceived.

Although a June 2016 poll revealed greater support for a Clinton presidency than a Trump presidency in select Arab states, Hillary Clinton appears to be less frequently discussed in the Arab media than Trump – likely due to her more conventional positions and her lower-profile stances on issues such as Muslim immigration and ISIL.

Morsi Atallah, “Every Day, Clinton and Trump: Two Sides of the Same Coin!”

While Donald Trump, the Republican candidate, has run as the enemy and hater of Arabs and Muslims, some people forget that Hillary Clinton is not lesser in hostility and hatred than him (although she is more refined). The evidence for this is what she mentioned in her memoir published two years ago, where she acknowledged her support for spreading chaos throughout the Arab world [during the Arab Spring].

I think there is little difference between the strategy of “heavy power” that Donald Trump [espouses] and Clinton’s strategy of “smart power.” Any observation of the Arab scene, five years after the supposed “Arab Spring,” confirms that we have not seen an impactful spring. Rather, we have lived through a cold winter that has brought about ruin, chaos, violence, destruction and death … It’s a winter that has proven the flaw in this malignant theory: the view that chaos and conflict will bring a better tomorrow!

The news concerning the presidential race for the White House has a different flavor this election cycle, especially since Hillary Clinton, as the first woman [presidential nominee] … could change the face of the political landscape by enhancing the possibilities for women’s empowerment, in making the most important decisions in foreign and domestic policy.

Raised in a simple household, her mother was a laborer working menial jobs; her daughter, meanwhile, was well-learned, educated in the best American universities and eventually carried the title of “First Lady” … Her experiences [with her husband’s sex scandals] did not prevent her from the dream of reaching the White House. The outcome of Clinton’s experiences has formed her into an individual who speaks out for change as well as women’s rights and freedom in the electoral race, [while] promoting an image of a powerful, confident woman who is influential on national and international public opinion.

Clinton has now made it possible for women to compete for the most important presidential post in the world, constituting a historic victory for every woman, and not only those in the United States. … She seeks to play a role in making change for the women of the world, and will contribute to the reform of laws and regulations that limit women’s empowerment in various fields because of the dominance of patriarchal culture on government decision-makers… as is the case in many countries in the Arab region … So if she wins the presidency, will Hillary Clinton be the one to tip the scales in the Arab world?

Ameen Qamourriya, “Consequences if she wins… will Hillary be a war president?”

The question at hand is: if Clinton is elected president, will this result in real differences in Washington and world policies, or will there just be a feminine form of implementing the policies of the American “deep state,” not correlated with the gender of the head of the White House, but rather with her economic, social, and political choices?

Based on her past positions taken as the head of American foreign diplomacy, which manifested themselves in crises stretching from Haiti to Syria, Iraq to Libya, Clinton is considered a foreign policy hawk who is stricter than the current administration, which was known for its strategy of “leading from behind” in many of the current crises, especially in the Middle East.

The “Blonde of Steel” sees the importance of American leadership as a key value, and she believes that the problems of the world “could be easily solved if the United States intervenes in all of these problems and crises.”

Whoever wins the American presidential election, he or she will be a war president from his or her first day in office, with the authority and ability to show strength, launch drone strikes, carry out special operations, and even increase the number of military interventions. … Unlike Trump, who has repeatedly changed his position and claimed that he has “secret” plans to defeat the organisation of Al-Baghdadi, Clinton has an extensive record, from Haiti to Syria, showing that she always aspired to be a war president one day.

Khaled Al-Birry, “My ‘Moral Argument’ in Preferring Trump over Clinton”

[Obama] wants us to repeat the Iraqi experiment in Syria, but he doesn’t want to use war as it was used by Bush. He wanted to apply the experience of Gaza [in which Islamists won elections and formed a government] to Egypt, Egypt being the cradle of the greater Muslim Brotherhood [of which Hamas is a part], waiting for results that are different than the results obtained in Gaza.

This policy led to disaster and created renewed conflicts along sectarian and ethnic lines that we will live with for a long time. It also led to the further depletion of the [MENA] region’s wealth, not to mention the refugee problem that has hit Europe, accompanied this time by a plan to deliberately permit the infiltration of terrorists.

In my opinion, based on the above, I believe that the election of Hillary Clinton will mean the continuation of the same disastrous path. I say “disastrous” because the two possible outcomes are both bad: either the Islamists come to power and extinguish hope, or the conflict will continue, because they see the “carrot of power” dangling in front of them. And this will not be the situation with Trump.

“Concern: The Algerian press perceives the eventual election of Hillary Clinton as a catastrophe for Algeria”

[Note: the original article that this was sourced from, published by Algerie Patriotique (Algeria) is no longer available.]

It’s clear that the election of Hillary Clinton to the White House would be a catastrophe for Algeria. Information [obtained] … indicates that Morocco has long sought to influence the Clinton family on the subject of Moroccan-American relations, in particular in regards to the question of the decolonization of Western Sahara.

[Several] lobbyists… recruited by Morocco… made donations to Hillary Clinton’s Super PAC. The American media has also shed light on Chelsea Clinton’s foundation, which accepted financing of more than a million dollars from an entity controlled by the king of Morocco to organise an event for this entity in Marrakech in May 2015.

We understand, then, why the two Clintons… spend their time praising Morocco and Mohammed VI, presenting it as a democratic country which is a leader and model in the region. … The documents cited by The Intercept, whose authenticity remain uncontested by those they identify, show a high degree of complicity between Clinton and the Moroccan regime. A victory in her name in the upcoming American presidential election in November 2016 would result in bad prospects for Algeria in its relationship with the United States. It is certain that Hillary Clinton’s arrival in the White House would signify a complete alignment of the American position concerning the Western Sahara with the Moroccan theory, which privileges a solution of conflict via a statute of autonomy accorded to the territory, and not the referendum of self determination that consecrates the right of the Sahrawi people to independence. 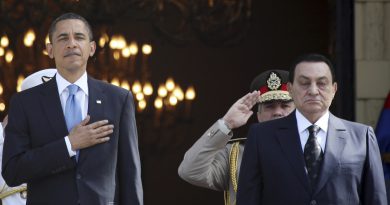 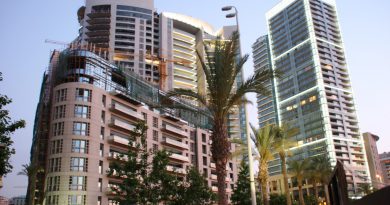 One thought on “President Clinton: The Arab world’s perspective”