Home > Interviews > Watching the watchmen: A long way to go for security-sector reform in the Arab world 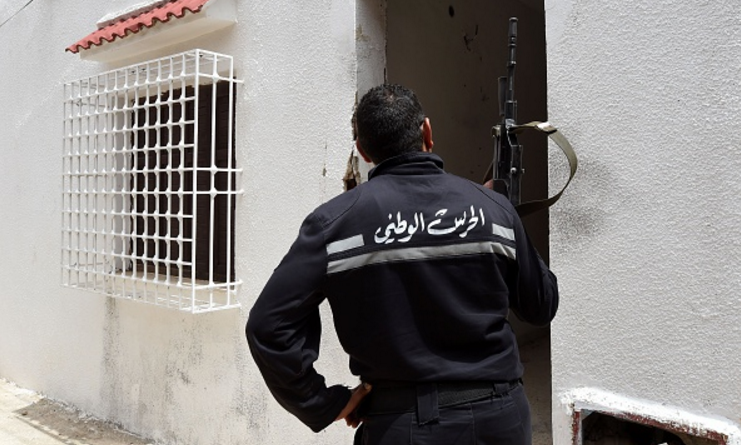 Police brutality and the impunity of the security forces, though far from the only cause, were a major catalyst of the Arab Spring uprisings of 2010-11. In Sidi Bouzid, Tunisia, Mohamed Bouazizi’s humiliating encounters with local police led him to light himself on fire. In Alexandria, Egypt, Khaled Mohamed Said was beaten to death by two policemen, later becoming a symbol of the revolution. In Daraa, Syria, the arrest and torture of young teenagers for writing anti-government graffiti aroused widespread anger.

Yet nearly six years later, few countries in the region have made substantial reforms to their security sectors. In an exclusive interview with the Journal of Middle Eastern Politics and Policy, Yezid Sayigh – a senior associate at the Carnegie Middle East Center in Beirut and an expert on security-sector reform – discussed why these changes haven’t materialized, and what could make meaningful reforms more likely.

Journal of Middle Eastern Politics and Policy: Compared to many countries with Arab Spring uprisings, Tunisia has made reforms in several areas since Ben Ali was overthrown in 2011. However, as you have written, Tunisia has failed to make reforms in the security sector. Why has this been the case?

Yezid Sayigh: Successive Councils of Ministers in Tunisia have failed to assert effective authority over the Ministry of Interior … where the permanent staff quite bluntly resist inspection, monitoring, and direct involvement by their own ministers. They do this in the name of preventing politicization. They say if the cabinet tries to assert civilian authority, that makes us part of the partisan struggle between various political factions within the Council of Ministers.

And of course that’s a total canard – it’s just a way of resisting any kind of civilian authority or accountability for their behavior. The Tunisian security sector, by all accounts, has gotten deeply implicated in the smuggling economy along Tunisia’s borders. We face a worrying situation where parts of the dissatisfaction of ordinary Tunisians with government performance, and … with the whole democratic process, is that they remain subjected to police abuse.

When the police go in to look for terrorists, they literally push thousands of people out of their homes into the streets while they rummage around, and arrest hundreds. There is a strong pattern of police impunity and the application of very old-fashioned methods of investigation and interrogation: evidence is still collected by confession, which means basically you beat people and make them confess, rather than using forensic evidence.

None of this has been improved, and the problem is that when you get external governments like the US or France that are heavily involved in Tunisia, they come in behind the goal of countering terrorism. So they end up supporting the security services, which say, “We’re the ones who are fighting terrorism.” The fact is, they have failed. And they’re actually causing worse conditions. So it should’ve been plain to the US, the French, and others that if they want serious counter-terrorism results, they really need to push hard on the Tunisian security sector to totally transform how it behaves and thinks, and to accept genuine scrutiny.

JMEPP: So what measures could international actors take to facilitate these reforms?

Sayigh: In a country like Tunisia – but not just there, say Lebanon and elsewhere, where the West invests in local police forces – one thing they could do is insist on channeling all their assistance through the Council of Ministers, so that it’s only with [its] approval that, let’s say, financial assistance or technical equipment assistance will reach the security sector.

This, in other words, starts to shift the balance of power a little bit, so that the Interior Ministry can’t go directly to donors and engage in its own private negotiations, which are totally out of control or scrutiny by the Council of Ministers. But rather, they have to go to the Council of Ministers in order to get any donor assistance. … If we’re to try to assert meaningful civilian control, we have to invest in building that capacity, the institutions. We also have to show that the power of decision-making on policy and on budgets sits in the Council of Ministers … so the individual branches can’t develop these cozy relationships with the French or the British or the US through which they get direct financial assistance, training, and perks.

JMEPP: Are there any examples you can point to of Arab countries that have, since the Arab Spring, made major successes in reforming … their security apparatus?

Sayigh: There are no cases of improvements as the result of the Arab Spring. The few cases we have where the security sector is under meaningful civilian control of one kind or another are in places like, say, Jordan, and that’s not an Arab Spring country. …

We don’t have any case in which we could argue that there’s what you might call “democratic governance” of the security sector. And that’s one of those wonderfully nebulous words that everybody throws around. What I mean by it is where we have a democratic process of electing a new parliament, which forms a new government, that is accountable to parliament in a meaningful way … and where the security sector takes effective orders and policy direction from that government. …

The idea that you have democratically elected authorities, that have meaningful authority over the behavior of the executive branch so far, is generally missing. And not just for the police, but for almost any public sector. Whether it’s Egypt or Lebanon or elsewhere, it’s difficult to say that any ministry is genuinely accountable for how it has behaved, and whether it has performed.

JMEPP: Egypt’s military is deeply involved in the country’s economy … a role that President Abdel Fattah al-Sisi defended in a speech recently. How does this involvement affect the broader economy of the country?

Sayigh: What’s very significant about the current phase of military involvement in the economy since the military takeover in 2013 is that Sisi, president of Egypt, has delegated a great deal of power to the armed forces … What’s happening in Egypt is that some of the larger projects are being taken over by the military as the contractor … by what the Egyptians call “direct order,” not through a competitive process.

The military, in turn, then assign the subcontracting by direct order as well. What is really in question here is who’s getting the subcontracts. … I think the most important implication of what we’re seeing in Egypt today is that Sisi is doing this in order to satisfy competing military interest groups. These see other military institutions getting involved in commercial activities, making a profit, and say, well, why not us too? That’s problematic because it encourages competition within the military for commercial advantage.

But this is not just about profiteering. The other real implication is that Sisi has no faith or confidence in the civilian agencies of the state to get the job done. And so the award of these mega-projects to the army is partly a reflection of the severe decline in the capacity of government agencies.

JMEPP: What role has the large amount of foreign aid that the Egyptian military has received had on its ability to maintain or expand its position post-2013?

Sayigh: International aid of one kind or another has been important for the political economy of Egypt for something like 60 years, ever since the Soviets got involved in supporting the Aswan dam under President Nasser in the 1950s. Whether it was subsidized US wheat shipments to Egypt until 1965, Egypt has always relied heavily on one form or another of foreign input, what we call rent. The only reason Egypt was getting support from the Soviet Union or the US back in the 50s or 60s was because it was seen as strategically important. …

What we’ve seen in the last three years is a revival in this pattern of behavior, where the Saudis, the Emiratis and the Gulf in particular align themselves politically with the Egyptian military against the Muslim Brotherhood, for their own reasons. And [they] were determined to help keep the new regime in Egypt afloat financially, at pretty much any cost.

The US is also totally committed to Egypt remaining afloat, so long as the Egyptian military are preserving security along the borders with Israel and Gaza. … However, there’s one distinction I want to make, and I think it’s a really important one today. … There’s a distinction to be made between US assistance, most of which is military assistance. And that is mostly credit to buy American weapons and training, and so on.

However, the GCC assistance was very different. In the first year and a half to two years after the military takeover in 2013, the GCC countries are believed to have provided not less than $25 billion of economic and financial assistance to Egypt. That is equal to approximately nearly 20 years of US military assistance to Egypt. A lot of that was direct assistance to the government: here’s cash, you can go spend it on public works, on building highways, on creating jobs, on keeping people happy … So that was a direct political subsidy.

The problem there is that Egypt’s balance of payments problem, its lack of foreign currency reserves, its inability to increase productivity … means that that immense amount of assistance basically just helped Egypt float for an extra year or so. 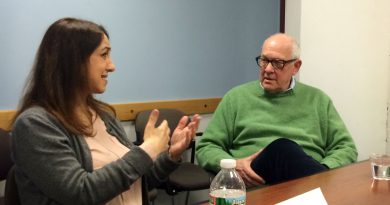 Changing Coverage in the Middle East: One Journalist’s Perspective

March 29, 2015 Comments Off on Changing Coverage in the Middle East: One Journalist’s Perspective 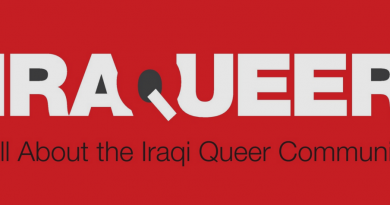 February 4, 2016 Comments Off on Interview: Amir Ashour, Founder of Iraqueer