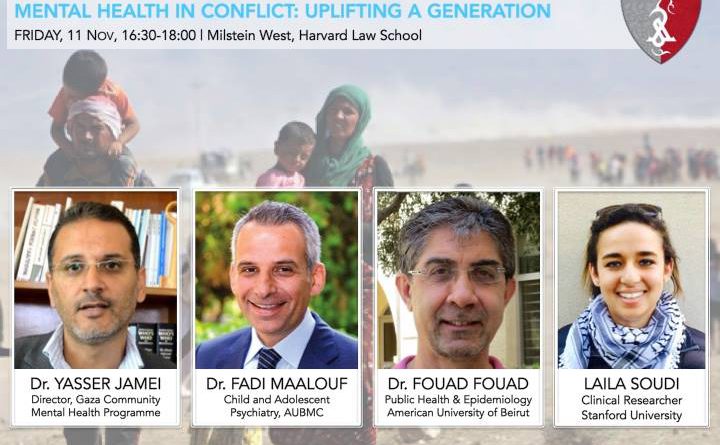 In times of conflict, humanitarian organizations aim to meet the “basic needs” of those in crisis. But too often this model of emergency intervention ignores chronic conditions – and especially the pressing question of mental health, according to Fouad M. Fouad, a professor at the Faculty of Health Sciences at the American University of Beirut.

Fouad, a Syrian surgeon who fled Aleppo, Syria four years ago, was one of four panelists who spoke on the panel, “Uplifting A Generation: Mental Health in MENA Conflict Zones” at Harvard Arab Weekend.

The panel, held on November 11, was moderated by Alexandra Chen, a PhD candidate at Harvard’s Graduate School of Education and a former child protection and mental health advisor to the UN on the Syria crisis. As a child psychotherapist, she has provided trauma therapy to refugees.

Chen, noting that there are over 12 million refugee children from the Middle East as of August 2016, stressed the need to focus on building early childhood resilience, and said support is especially critical during the first five years of a child’s life.

However, she criticized humanitarian approaches that treat the child in isolation from the family. “We need to work with parents,” said Chen, who added that fathers are often ignored in mental health interventions. She argued in favor of programs that support the mental health of both mothers and fathers, rather than “parenting programs” with a colonial legacy that assume a lack of knowledge of how to parent.

Dr. Fadi Maalouf, director of child and adolescent psychiatry at the American University of Beirut, also emphasized the need to engage with and educate parents. In a recent study of the mental health of adolescents living in greater Beirut, he found that while one in four youth suffered from mental illness, only six percent were receiving professional treatment.

In Lebanon, mental health treatment is covered neither by third party payers nor government dispensaries.

Leila Soudi, a Syrian who grew up in Jordan and is currently a researcher at the Center for Interdisciplinary Brain Sciences Research at Stanford University, remembers first visiting a Palestinian refugee camp with her uncle at age 11. She said that governments generally spend less than one percent of their health-care budget on mental health services. In Jordan, this means that there are only about 50 psychiatrists and 50 clinical psychologists serving a population of 10 million, of whom 60 percent are Syrian or Palestinian refugees.

“This calls for a paradigm shift,” said Soudi.

Both Soudi and Yasser Jamei, a Palestinian psychiatrist living in Gaza since 2000 and the director of the Gaza Community Mental Health Program, argued that education was a key element in de-stigmatizing mental health.

Soudi agreed that the best way to empower refugees is by training lay people, and moving away from reliance on specialized care, which may not always be available.

“It’s up to us to normalize mental health,” said Soudi. “Talk to the people close to you, and de-stigmatize in your own way.” 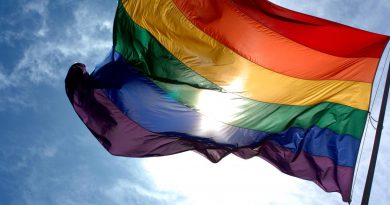 November 14, 2017 Comments Off on Breaking the silence on LGBTQ rights in the Middle East and North Africa