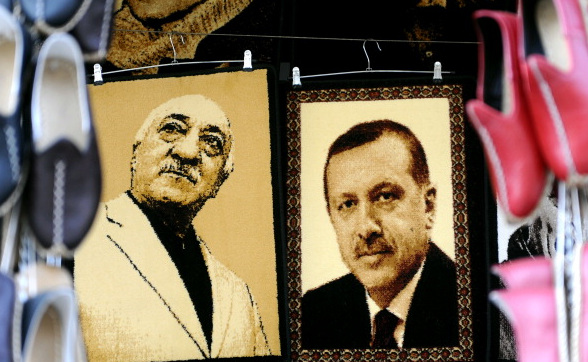 For Turkish President Recep Tayyip Erdoğan, enemies are everywhere. His speeches and official comments are littered with references to the hostile elements lurking in Turkey, the so-called “parallel state.” Erdoğan has long used the “parallel state” term to refer to the movement founded in the early 1970s by Turkish Muslim cleric, Fethullah Gülen. But lately, the moniker has been used as a catch-all term for the government’s perceived enemies inside the country. Ever since the failed coup attempt in mid-July, Erdoğan has rarely missed an opportunity to reiterate his promise of eliminating what he calls the “parallel state.”

Just hours into the coup attempt, Erdoğan accused Gülen and his followers of seeking to overthrow his government, giving him further reason to label the movement a terrorist organization and parallel state. “This uprising is a gift from God to us, because this will be a reason to cleanse our army,” Erdoğan said at his first post-coup rally. But Erdoğan’s efforts to fulfill his promise have extended beyond the military. He initiated a campaign to purge tens of thousands of employees in the police force, military, judiciary, and media, and shut down media outlets, satellite T.V. channels, banks, and college-prep schools associated with the movement in an effort to “dig deep into their dens.” According to human rights watchdog Amnesty International, some of those detained in the crackdown have been subjected to torture and rape.

In one extreme case, his government went so far as to order the discontinuation of a mathematics textbook due to a word problem asking students to solve the equation “from point F to point G,” because those letters represent the initials of Fethullah Gülen.

Many of Erdoğan’s political opponents, meanwhile, have claimed that the various labels he uses to describe Gülen reveals a world out of touch with reality. So what is the Gülen movement? A “parallel state,” or even a terrorist organization seeking to overthrow the Turkish government?

The term “parallel state” was coined by American political scientist Robert Paxton in his 2004 book, The Anatomy of Fascism. According to Paxton, the parallel structures of a state — its police and military institutions, labor unions, and civil society groups — often serve not to undermine or challenge the state, but to give it buoyancy and legitimacy, shoring up the state’s political and social ideology. Such parallel structures were seen in Hitler’s Nazi Germany, Lenin’s Soviet Russia, and Mussolini’s fascist Italy; all totalitarian states seeking to extend their domestic influence and stability.

Thus, calling the Gülen movement a “parallel state” implies that the Gülen movement serves as an extension of the ruling party and actively supports it, which are the polar opposite of Erdoğan’s allegations against the movement. But even if we were to skew the traditional meaning of parallel state to fit that of Erdoğan’s accusation, it should be noted that the movement has never endorsed a political candidate due to its ostensibly apolitical nature. This is not to say that there are no Gülenists in the police, judiciary, or military. Given Gülen’s popularity with the center-right voter base in the Anatolian region, it should come as no surprise that many are involved in state institutions. And despite the ill-treatment of Gülen sympathizers both before and after the coup attempt, there is no tangible evidence to support the government’s claims that Gülenists conspired in unison as a parallel structure against Erdoğan’s government, if they acted at all.

Some in the Turkish media, including one news channel that claims CIA involvement in the coup attempt, have even gone so far as to postulate a connection between the Gülen Movement and the elusive “deep state,” a term referring to rogue elements within the military, intelligence, and judiciary. In Turkey, the “deep state” is commonly conceived as a shadowy force working with its own agenda behind the scenes of government. This is best understood in relation to the numerous military coups that took place over the past 50 years. As a tool of the supposed “deep state,” elements within the military have exerted influence on Turkey’s political climate, and have long posed a threat to elected governments. The political Left and Republicans sees the mainstream military as an upholder of democracy and secularism while for the Right it is an undemocratic and bloody usurper of moderate Islamist governments.

The alleged connections between Gülen and the “deep state” seem incredible given the cordial relationship between the Gülen Movement and Erdoğan’s AKP party before the 2013 corruption probe. During the 2000s, Gülenists and Erdoğan’s party worked to root out members of the alleged “deep state” through the Ergenekon and Sledgehammer trials, in which former military and intelligence personnel were indicted for plotting a coup. But once those individuals were put behind bars, which, according to Erdoğan, was due to the work of Gülenist judges, Erdoğan and the Turkish media shifted the label of the “deep state” to refer instead to the Gülen movement. As far as Erdoğan is concerned, labeling the Gülen movement a “parallel state” and “deep state” go hand in hand, but he has not been able to substantiate such claims.

Since April 2015, Erdoğan and state-run newspapers have used yet another label to refer to the Gülen movement: the “Fethullah Terrorist Organization (FETÖ).” Again, a label that only Turkey has officially declared and one that seemingly exists only among Erdoğan’s domestic sympathizers. However, it is now commonly used by most media outlets in Turkey. Although no universal definition of terrorism exists, the two main criteria are using indiscriminate violence against civilians as a means to a political end. Even with a definitional stretch, can the Gülen Movement correctly be categorized as a terrorist organization? Even in past coups, the plotters have not been labeled terrorists.

Fethullah Gülen has been living as a recluse with his followers in rural Pennsylvania since his arrival in the United States in 1999, ostensibly for medical treatment, and has since received permanent resident status. His socially conservative Islamic movement claims to practice moderate religious activism that reconciles Islam with science, modernity, and democratic ideals.

In pursuit of this goal, the movement’s followers have established more than 1,000 schools in over 100 countries, including the US, as well as publishing houses, newspapers, businesses, and hospitals. Within the movement, its followers see it as a non-governmental civil society organization and a voice of moderate Islam across the globe. They place the movement as part of the reformist trend in Islamism that emerged in the late 19th and early 20th centuries. This reformism calls for the full implementation of religious laws in most areas of life, but rejects violence as a means to that end, therefore presenting itself as neither violent nor political.

A Clandestine Mini-state or Just Another Scapegoat?

Perhaps what Erdoğan means to say is that the Gülen movement is acting as a clandestine mini-state against him and his AKP party. Yet more than three years since the public feud between Erdoğan and Gülen began, the allegations against the Gülen movement of infiltrating the state, plotting coups, and proselytizing students through its schools still rest on speculation. Although Erdoğan’s rhetoric labeling the Gülen movement as a “parallel state,” “deep state,” or terrorist organization pleases his base of support in Turkey, such rhetoric has not granted him what he really wants: for the US government to extradite Fethullah Gülen to Turkey. US Secretary of State John Kerry has said that the necessary measures would be taken if credible evidence of Gülen’s criminality were presented to the State Department. Thus far, though, no such evidence seems to have come to light, and Erdoğan’s history of vilifying his opponents will likely not aid his argument for Gülen’s extradition.

For now, Gülen is safe from his one-time ally; unlike many Turks, he is beyond Erdoğan’s reach. 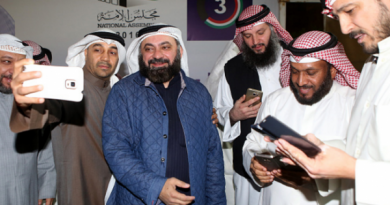 After big election win, what’s next for Kuwait’s opposition? 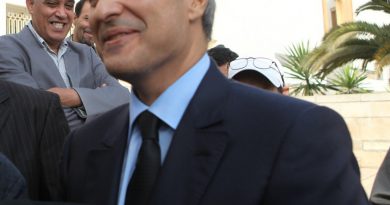 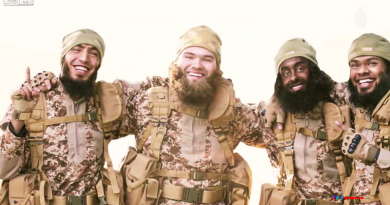 From Racism to Terrorism: the Jihadi Siren Call