Home > Event Review > Is Islamism a threat to democracy? 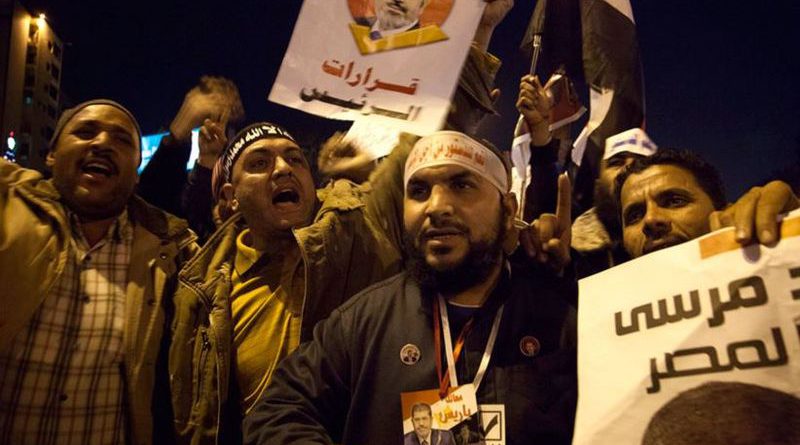 An unfortunate characteristic of the discourse on Islamism is the muddling of definitions, terminology, historical references, and political positions. It is not uncommon to find criticisms of contemporary Islamist parties rooted in criticisms of premodern Islamic ideas. Even the basic definition of political Islam and “Islamism” is unclear, with no consensus as to what the term means.

The interest in political Islam evolved following the overthrow of former Tunisian president Zine El Abidine Ben Ali in 2011. For the first time in their history, self-described Islamist parties across the Arab world were free to engage in the political process, campaigning for parliamentary and other positions within state institutions. In both Tunisia and Egypt, Islamist parties – Al-Nahda in the former and the Muslim Brotherhood in the latter – won pluralities in their countries’ parliaments.

Al-Nahda went on to lead the drafting of a new Tunisian constitution, while in Egypt the Muslim Brotherhood fell victim to a counterrevolution in 2013. The ban on the party was reapplied, and democratically elected president Mohamed Morsi was imprisoned, replaced by Abdel Fattah el-Sisi, former chief of the Egyptian Armed Forces.

On November 11, Harvard Arab Weekend held the first debate in its ten-year history on political Islam and Islamism. The debate’s motion was, “Islamism represents a threat to democracy in the Arab world.”

Amr Hamzawy, an activist and a former member of the Egyptian parliament, argued in favor of the motion. Contending against Hamzawy was Radwan Ziadeh, an analyst at the Arab Center, a Washington-based think tank. The debate was moderated by Harvard history professor Khaled Fahmy. A pre-debate poll of the audience revealed an even split in opinion, with 48 voting for the proposition, 48 voting against, and many abstaining.

Distinguishing between Islamism and Islamists

Hamzawy did not address the question of whether political Islam is inherently undemocratic, instead arguing that the application of Islamist ideology is antithetical to the democratic process.

He began his argument by conceding that, while Islamists do represent a serious obstacle to democracy in the Arab world, they are one of many: in Egypt, the military-industrial complex represents a far more considerable hurdle to democracy than Islamists. And while Islamists won elections in several predominately Arab countries because they embrace some political and social freedoms,  the former MP argued they have always sustained “grey zones” on issues like freedom of religion, equal citizenship rights regardless of sect, and gender equality. He added that Islamists, in keeping with their aversion to clear declarations of universal rights, have been consistently reluctant to acknowledge cross-ideological alliances. “You need a bit of bipartisanship to make democracy work,” he said, claiming that proponents of political Islam tend to exhibit difficulties maintaining relationships with non-Islamist parties.

More damning is the Islamist contentment with undemocratic systems. The central example is post-revolutionary Egypt: Islamists were more than willing to operate within the authoritarian, pre-revolutionary political framework.

Hamzawy’s final two points centered on the tensions within Islamists’ view of the nation-state: they do not take for granted a constitution that operates as a governing legal framework. In some countries Islamists have even been reluctant to recognize the legitimacy of the nation-state. After decades of Islamist groups enduring limited roles providing social welfare and religious education, often relying on international networks for monetary support, they have come to reject the nation-state as the only legitimate form of political organization.

Including Islamists ‘modernizes them’

In his rebuttal, Ziadeh stated that the main issue is not Islamists, Islamism, or even Islamists’ role in the democratization process. Instead, the analyst argued it is necessary to assess the structural conditions shaping democratization. Few Islamist movements identify as democratizing forces, and so meditating on whether or not they are is a moot point.

Ziadeh asserted the importance of three aspects when analyzing the democratization process: the functioning of state institutions, the role of the military, and the nature of the political opposition. Egypt, for example, had weak state institutions and an army that interfered in the country’s politics, in conjunction with a strong opposition. Because Islamists only identify with the opposition, they cannot represent a genuine threat to democracy. He concluded his argument by pointing out the intensity with which  American Evangelical Christians association with Donald Trump, indicating that while religion cannot be excised from politics, it can be included and neutralized. By involving the Islamists, he claimed, “you modernize them.”

“We are in societies, we are in polities,” Hamzawy concluded, stressing the need to operate within the framework of state systems and institutions, inadvertently summarizing the central difference between his and Ziadeh’s positions. While Hamzawy emphasizes the material experiences of the individual, championing the normative validity of justice, equality, and, ultimately, democracy, Ziadeh focuses on a theoretical frame through which democratization could be understood. A hybrid approach, more equally balanced between the ideological and the material, may help to light a more productive course forward.

A second poll taken after the debate found a noticeable change in Ziadeh’s favor. Forty-eight people again voted in favor of the proposition, but they were outnumbered by the 75 who voted against it. 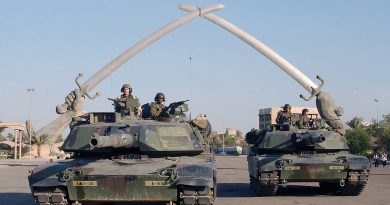 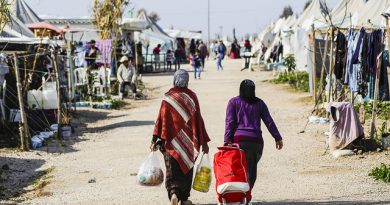 November 17, 2016 Comments Off on Four innovative approaches to the Syrian refugee crisis 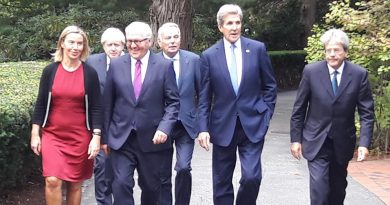 Kerry: On Syria, Russia needs to set an example, not ‘unacceptable precedent’

September 24, 2016 Comments Off on Kerry: On Syria, Russia needs to set an example, not ‘unacceptable precedent’