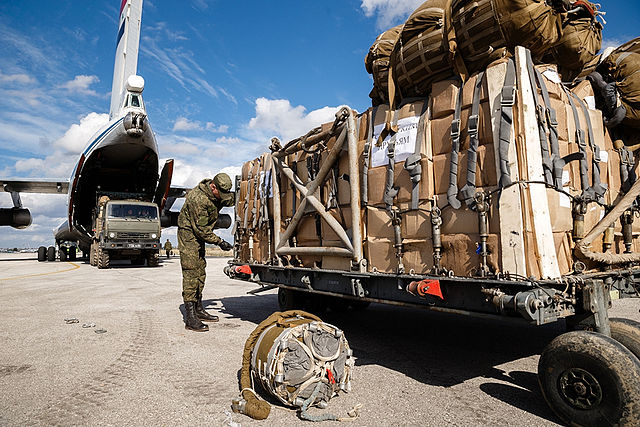 As the war in Syria tragically approaches its sixth anniversary, the world looks with consternation at the most recent developments in Aleppo – a once-glorious city now turned, in Ban Ki-Moon’s words, into a “synonym for hell.”

The Russian-Syrian campaign to regain control of the last major urban center still held by rebel forces has unleashed a new wave of humanitarian concerns, while simultaneously displaying the ruthless determination of Russian President Vladimir Putin and his Syrian ally, President Bashar al-Assad, in pursuing their policies. With Putin vetoing a draft UN Security Council resolution in October 2016 to end all aerial bombardment of Aleppo, and more recently claiming (incorrectly) that all civilians wishing to leave the city had already been evacuated, little doubts are left as to how far Moscow is determined to go in pursuit of its global ambitions.

Russia’s September 2015 intervention in the Syrian war has notoriously complicated international efforts to terminate the conflict, casting shadows of a “new Cold War” over the region. The intervention is also revealing important objectives of Putin’s international policy, namely the attempt to re-establish Russia as a key global player and his desire to contain NATO and EU influence in Eastern Europe.

Putin’s motives are in line with more comprehensive goals aimed at interfering, if not dismantling, the unipolar post-Cold War order by assuming a more influential role in the Middle East. Indeed, it is no coincidence that in recent years Moscow has taken “a more active part in resolving Middle East issues” by enhancing its bilateral relations with Iran and Syria, and even opening the door to closer economic association with Israel[1]. Russia’s several arms deals with Syria and the 2015 nuclear agreement with Iran – reinvigorated by Putin’s recent decision to resume trade with Iran after UN sanctions are lifted – complemented an unlikely rapprochement with the Israeli government. Although the Israeli government may look askance at Moscow’s association with Israel’s number-one enemies, the country is also in desperate need of Russian gas. Putin’s most recent steps in the region thus reveal Moscow’s dynamic pragmatism in broadening its bilateral relationships with Middle Eastern countries, securing its economic and geostrategic interests, and balancing the United States’ seemingly unilateral control of events in the region.

Putin’s policies in Syria are arguably a continuation, albeit with larger objectives, of Russia’s traditional commitments to the country. In 1955, the Soviet Union began providing the Syrian regime 90 percent of its total arms imports, to counterbalance the newly formed Baghdad Pact, which complemented a number of economic assistance programs and the establishment of several military bases. Soviet-Syrian cooperation during the Cold War followed a dual discourse based on shared ideology and, more importantly, shared interests: while the ruling socialist Ba’ath party in Damascus benefited from the economic and military support of a world superpower, Moscow was granted an important foothold in the region to counter American influence. Russia’s military base at the Syrian port of Tartus, although quite small in size, remains to this day an important symbol of its involvement in the Middle East.[2]

Even during the general reassessment of Russia’s foreign policy launched by Gorbachev in the early 1990s, which contemplated smaller Soviet military commitments in the region due to economic strains,[3] Moscow’s relations with Syria continued to flourish under agreements signed by private Russian companies to modernize Syria’s outdated Soviet weapons. This, in turn, exacerbated tensions with Washington. Under the framework of the 1979 Export Administration Act, the Clinton administration sanctioned three Russian companies in 1999 for providing Syria with tanks, as part of a bigger arms deal worth $2 billion. In the early 2000s, Putin cancelled 73 percent of Syria’s $13.4 billion debt to Russia, and continued to provide weapons, including a $73 million arms deal in 2003. In turn, Washington sanctioned three more Russian companies for allegedly providing Syria with weapons of mass destruction under the framework of the 2005 Iran and Syria Non-proliferation Act. But in 2010, Russia shipped $300 million worth of anti-ship supersonic cruise missiles to Assad, continuing the countries’ military cooperation, a factor that makes today’s peace talks difficult and dangerous.

Redefining the balance of power

However, the rationale of Putin’s approach to the Syrian war ought to be understood as a larger attempt to redefine the international balance of power, rather than as a brotherly commitment to defend his Arab ally. While there is undoubtedly an element of concern for Russia’s international credibility should it halt its support of Assad – which explains why it has directly intervened in the conflict after “the series of losses suffered by Syrian government forces in 2015” – Moscow has clear ambitions that extend from the Middle East to Eastern Europe, all the way to its transatlantic relation with the United States. In this context, the fight against ISIS is for Russia only of secondary importance, despite the fact that it originally, and cleverly, framed its intervention in Syria as a battle against terrorism.

The 2009 document outlining Russia’s National Security Strategy to 2020 discloses a clear opposition to the post-Cold War unipolar system, together with a set of strategies “to reinforce [Russia’s] influence on the world stage.” These fit well with Moscow’s seemingly unconditional support for the crumbling Syrian government. Specifically, Putin opposes the “current global and regional architecture” and the “recurrence of one-sided use of force in international relations,” and seeks to develop a strong and independent Russian foreign policy to counter that of the Western world.

Moscow’s international stance is arguably the product of the wider decline of US-Russia relations, partly a consequence of the Ukraine crisis and Russia’s annexation of Crimea. In December 2011, Putin accused then-US Secretary of State Hillary Clinton “of fomenting an increasingly vociferous opposition movement in Russia” with the aim of sparking uprisings in the country. Coupled with the Western-led sanctions against Moscow and the 2010 NATO secret war plan against possible Russian ambitions in Lithuania, Latvia and Estonia, these tensions have caused Syria to, in some ways, resemble an East-West proxy war.

Putin regards “the policies of a number of leading foreign countries directed at achieving predominant superiority in the military sphere” as the main constraint to Russia’s international plans, and blames NATO for attempting to extend “the alliance’s military infrastructure to Russia’s borders,” in the words of the National Security Strategy document. As Putin commented in January 2016: “the alliance should have refused membership to former communist nations in eastern and central Europe, telling candidate countries like Hungary and Poland that ‘we see the future of Europe in a different way’.”

As such, the conflict in Syria assumes a dual dimension for Moscow. Regionally, intervention allows Russia to display its commitment to maintaining influence in the Middle East because, as several analysts have noted, Moscow would only be “a regional power and not a global power if it is not an actor in the Middle East.” While there might well also be a desire to demonstrate Russia’s military might in general, Putin’s decision to intervene is the inevitable consequence of the policy of regime change pursued by the United States, which would constitute “a serious blow” to Russia’s diplomatic prestige, influence, and military access in the Middle East.

Indeed, while Russia’s roadmap to 2020 spells out the desire to maintain an “equitable” relationship with the United States based on mutual recognition of key areas of influence, it also envisions that “problems may be resolved using military force” if they directly disturb Moscow and its allies.

Globally, Russia’s intervention in Syria displays the larger geopolitical ambitions of Putin’s grand plan for “Novorossiya” – a “New Russia.” Already in 2014, the Russian president disclosed information about Moscow’s ambitions when he spoke at length of its rights in a large swathe of Ukraine, from its southwestern border with Moldova to its eastern border with Russia: “It’s New Russia,” he commented. “Kharkiv, Luhansk, Donetsk, Odessa were not part of Ukraine in czarist times; they were transferred in 1920. Why? God knows.”

Yet, Putin’s designs in Ukraine clashed with both NATO and the European Union’s design to expand to Eastern Europe. They saw this as the natural progression of a partnership started in the 1990s with Ukraine’s entry to the North Atlantic Cooperation Council in 1991 and the Partnership for Peace Program in 1994; and with the signing of the Charter on a Distinctive Partnership in 1997. Coupled with the EU-Ukraine Partnership and Cooperation Agreement of 1998, which was replaced by the 2014 Association Agreement, the West’s attempt to include former Soviet satellites in its sphere of influence was perceived by Putin as a threat to Russia’s national security. As the Russian National Security Strategy of December 2015 reads:

“The buildup of the military potential of the North Atlantic Treaty Organization (NATO) … the further expansion of the alliance, and the location of its military infrastructure closer to Russian borders are creating a threat to national security.”

The intervention in Syria has thus provided Putin with an indirect yet efficient way to destabilize Europe and circumscribe EU and NATO efforts to expand to areas belonging to “Novorossiya.” The huge wave of migrants coming from the Middle East into Europe has caused a wave of hysteria across the member states, further exacerbated by the Kremlin’s “customary propaganda games” aimed at bolstering the ranks of Euro-skeptic parties across Europe. With the recent 3.7-percent fall in Russia’s GDP, it would be in Putin’s best interest to end the sanctions imposed by the EU by prompting its breakdown.

But if Europe succeeds in withstanding this mounting domestic pressure, there can be little doubt that Moscow would be forced to reconsider its international conduct and seek compromises in order to avoid economic collapse. Much of this, of course, will depend on the side of history that the Trump-led US government decides to take in the coming years.

Dr. Antonio Perra is a lecturer in politics at Birkbeck, University of London. 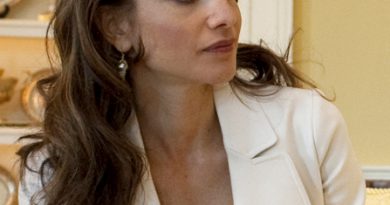 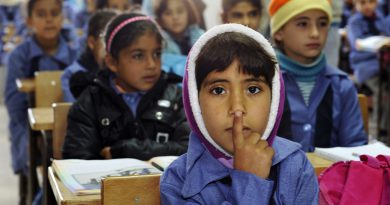 Worsening gaps in education for Syrian refugees: Lessons from the early education response in Jordan

One thought on “Russia, Syria, and the ‘new Cold War’”