Home > Analysis > To Assad and his admirers, Trump offers ‘hope and change’ 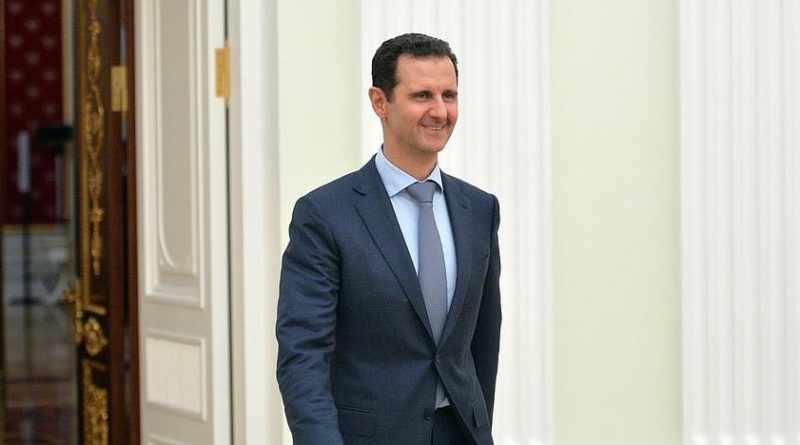 Since 2011, the United States’ position on the civil war in Syria has been clear: Syrian President Bashar al-Assad must go.

Although the Obama administration avoided taking direct military action against the Assad government, it insisted that any peace settlement require that Assad step down.

But the new US president, Donald Trump, has promised to reorient the United States’ Syria policy. Instead of supporting anti-Assad rebel groups, Trump vowed to focus on fighting against terrorism in Syria – even if that means working with leaders like Assad, who has portrayed himself as the linchpin of an anti-Western “axis of resistance” that includes Iran and Hezbollah.

During the presidential campaign, Trump said he “[doesn’t] like Assad at all” and described the Syrian leader as “a bad guy.” But he compared Assad favorably to the alternatives. “Assad is killing ISIS,” Trump stated, whereas “we don’t even know who they [the rebels] are.” Trump even claimed Assad to be “much tougher and much smarter” than political rivals Hillary Clinton and Barack Obama.

Unsurprisingly, Assad and his admirers took heart in Trump’s surprise victory last November, with an adviser to the Syrian president saying the American people had “sent a great, a very important message to the world.” Yet Assad supporters – as well as the Syrian president himself – are taking a cautious approach to the new US administration, unsure of whether, and to what extent, Trump will overhaul American foreign policy.

Here’s what columnists in pro-Assad media outlets think about Trump’s implications for Syria, followed by excerpts from two interviews with Assad about the new US president:

Mahdi Dakhlallah, former Syrian minister of information: “Trump in the White House soon: So what?”

… In reality, it is not possible to expect major changes in American policy towards the region [Middle East] and the world, because this strategy has been fixed since the era of Franklin Roosevelt after the Second World War. The essence of this strategy is that it is America’s duty to lead the world. Subsequent presidents have frankly repeated this goal in all their statements, and no one more so than the fading President Obama.

… But within the American establishment, there are differences in tactics between Republicans and Democrats … The Republicans are more realistic than the Democrats, who are inclined towards “political romanticism,” meaning fanaticism and stubbornness regardless of the reality in the world. Today, there is a new reality concerning Syria that differs from that in the past. Likewise, Russia’s international role has strengthened significantly because of its participation in countering terrorism in Syria. I think that the Republican, Trump, will be more cognizant of this new reality.

This is just an analysis … we must wait and see … we return here to the recent statement of President Assad, which is that if relations between Russia and America improve, this will reflect positively in Syria … and in the whole world, surely.

Trump wants to retreat to the domestic before his armies taste the bitterness of defeat. He wants to spend billions to rescue his country’s economy, which is declining in the face of the “Chinese dragon,” instead of spending on absurd wars that only inflict killing, displacement, and destruction on the peoples of the world. …

It wasn’t some documents leaked by WikiLeaks about Clinton and her party that caused Trump to beat her, and inflict on her a humiliating defeat with few parallels in American history … the fact of the matter is that events have arrived at their conclusion. After the spread, expansion, and arrival of terrorism to the heart of Washington, the Western peoples are no longer content to remain hostage to stupid, obsolete policies. It is clear that the sweeping populist trend, seeking change, is now in control – from America’s Trump to France’s Fillon, and the dominoes are still falling. The time will not be long before all hurry in the direction of Syria and its allies – first to acknowledge their mistake, then to call for its help in fighting terrorism…

Tahseen al-Halabi, writer and researcher: “The Trump Administration and the likely changes to American policy”

… Political analysts in Trump’s circle expect his new administration is preparing to make the following changes:

Interview with Bashar al-Assad by Radio and Television of Portugal

Bashar al-Assad: “… We do not have many expectations [of the Trump administration], because the American administration does not depend solely on the president, but also on different powers within this administration, the different pressure groups that will influence the president … We wish that the United States does not take sides, that it respects international law, that it does not intervene in other countries, and, of course, that it stops supporting terrorists in Syria.

“In our opinion, there will remain doubt as to whether he [Trump] will be able to fulfill his promises or not … especially given that he has not previously held any political position. But if he will fight against terrorists, we will be natural allies with him in that respect, along with Russia and the Iranians, and several other countries that want to inflict defeat on the terrorists. …”

Interview with Bashar al-Assad by Russia 24 and NTV

Bashar al-Assad: “… Trump’s statements during his campaign were clear in relation to fighting terrorism, and not intervening in other countries to topple governments, as the United States has been doing for decades. This is good, but it depends on Trump’s will and ability to carry on with this approach. We know there are powerful lobbies in the United States that stood against Trump, and they will exert their utmost pressure, when he is in office, to push him towards retracting what he said in this area, and in other areas as well. Otherwise, he will have a confrontation with these lobbies in Congress and the Senate, with the media, and with the industrial lobbies that gain from wars, like what happened in Iraq and Yemen recently.

“That’s why if Trump was able to overcome all these obstacles and really act against terrorism, I believe that he will be our natural ally and your natural ally. This is what you call for and we call for continuously. …” 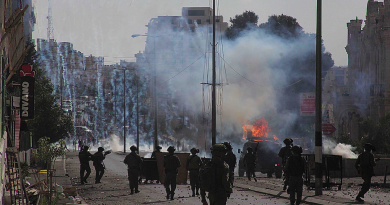