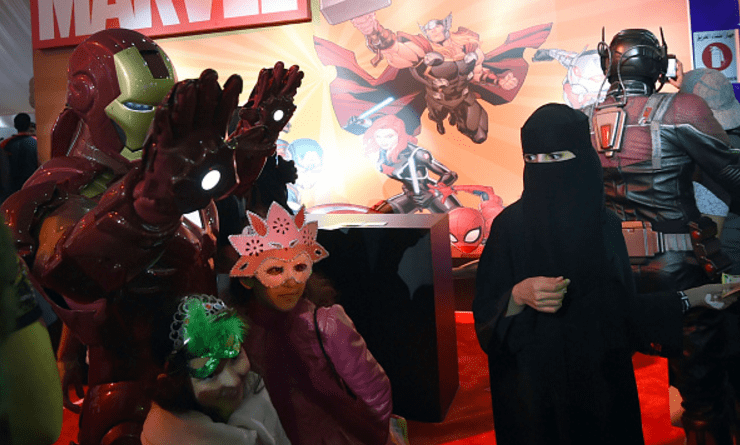 The Comic Con festival, where fans celebrate comics culture, did take some measures to accord with the country’s social conservatism. Organizers prohibited cross-dressing – a common occurrence at comic conventions – and women wore traditional clothing, with a tent reserved for women to display their costumes.

Nevertheless, the event prompted many reactions like that of Hussein al-Sheikh, an imam, who tweeted: “We were astonished … by these events held in Jeddah that are not in line with good behavior or our great religion.”

In response to the backlash, the General Entertainment Authority, the government agency that authorized the event, said the Comic Con’s organizers violated one of the authority’s rules, though did not provide further detail.

The General Entertainment Authority was created last year as part of Saudi Arabia’s “Vision 2030” plan. The primary goal of Vision 2030 is to diversify Saudi Arabia’s oil-dependent economy, but it also aims to foster a “vibrant society” with “meaningful entertainment for citizens.” Public cinemas are banned in the kingdom, and some Saudis seek diversion abroad, often in nearby Bahrain and Dubai.

So far, the General Entertainment Authority has provoked a mixed reaction: some have lauded its work to bring more cultural events to Saudi Arabia, while others accuse it of moving too quickly, and not offering enough options to less wealthy Saudis.

Here are excerpts of what five Saudi pundits had to say about the issue:

… I do not think anyone can oppose entertainment as fundamental and necessary for society. Besides, entertainment is a marketable sector that yields income for neighboring countries, most of it from Saudi visitors. Maybe it is understandable that there will be disagreement over the events held in Saudi Arabia, because some say they are not appropriate for Saudis. It is their right to make known their point of view, whatever it is. There are those who reject holding these activities in Saudi Arabia and strive to attend them in Bahrain, Dubai, or Qatar.

I think that, with the passage of time, even people who reject the [Entertainment] Authority will begin to accept the inescapable reality of the situation … it is not right to judge the Entertainment Authority when it hasn’t even been a year since its creation.

… One of the events organized recently in Jeddah sparked an uproar against the Entertainment Authority, as it was responsible for overseeing the event. This forced the Authority to issue a statement apologizing for the violations committed by the organizers of one of the activities accompanying Comic Con, confirming that it will impose appropriate penalties on those responsible.

It would have been better for the Entertainment Authority if, from the beginning, it had drawn up its entertainment policy to conform to general domestic policies for bringing about social change which strive to avoid causing a sudden shock … Unlike changes in material things like clothes, furniture, or styles of architecture, changing societal understandings does not happen suddenly.

… From time to time we see campaigns spread on the most important platforms of the modern era – I mean WhatsApp and Twitter – warning about cultural and entertainment events … What is strange is that the people who promote these boycotts are well-known for going to nightclubs and entertainment events, and some of them even travel to spend their vacations outside the kingdom … God forbid!

Take as an example the spread of boycotts of Comic Con in Jeddah. I personally do not agree with these types of festivals that have no connection to our Arab identity, so I do not like Western dance parties, nor the craziness of the Halloween fad. But I am perfectly aware that a large faction of the youth choose this … This faction doesn’t care whether the attack is on the Entertainment Authority or any other authority. It’s as simple as that!

Hind al-Mutairi, “The Entertainment Authority: Many Drops Make a Shower”

… [Saudis] who travel to Bahrain know that, for the price of one ticket to a concert in Jeddah, they can attend two entertainment events in Manama [Bahrain’s capital], along with their families … When concerts are announced in Riyadh and Jeddah for 350 riyals ($93), it is delusional to talk of entertainment being made available to the public and for all segments of society. The closed sports halls where the Jeddah concert was held hosts soccer games with major stars, with tickets from 35 riyals ($9.30).

… None of us doubt that the seat that the concertgoer pays 350 riyals for is the same seat where the sports fan sat at the championship game, for just 35 riyals. Thus, the Entertainment Authority must be conscious of its responsibility, and strive to bring entertainment that everyone can partake in.

… [If Saudi Arabia succeeded in keeping Saudis in the country for entertainment], it would change us for the better, reduce the void and congestion, stop a big waste of money, and give life a finer meaning. People’s dreams are limited to traveling in order to get away from the hard life here. Even attending sports matches in the Kingdom is a difficult trip, and one must be a sports fanatic in order to tolerate the lack of services, the stadiums’ mismanagement, and the constant chaos. In London, I go to a game and feel as if it is a real pleasure … despite the expensive tickets and the terrible crowding.

Attending the last performance in Riyadh was an important personal experience for me. It made me notice children shouting from joy in the amphitheater. Although this was a small step, I saw in it a new history being written, and I sensed a positive transition taking place. 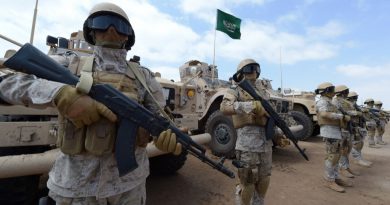 Facing a President’s veto: a series on Congress’s options to limit arms sales and aid to Saudi Arabia, part 1

March 21, 2019 Comments Off on Facing a President’s veto: a series on Congress’s options to limit arms sales and aid to Saudi Arabia, part 1