Home > Analysis > Why Lebanon may delay elections – for a third time 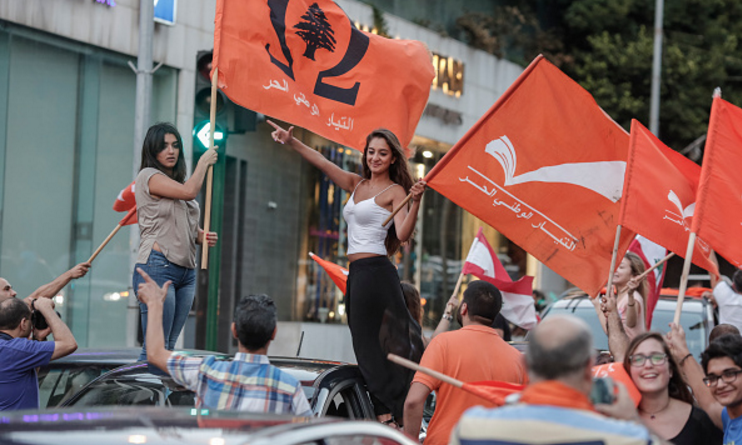 Michel Aoun’s selection as president of Lebanon in October 2016 – which ended a two-year vacuum of presidential power – was followed by optimism that the gridlocked Lebanese government would finally make progress on key issues like corruption, economic growth, and security.

These hopes were further buoyed by the speed with which President Aoun and his political rival-turned-Prime Minister Saad Hariri were able to form a unity government. Although the government is dominated by Aoun’s Free Patriotic Movement (FPM), it includes consensus ministers from both of Lebanon’s rival March 8th and March 14th coalitions. As bitter political foes toned down their rhetoric in the spirit of renewed cooperation, it seemed that Lebanese politics had finally turned a corner after years of paralysis.

And yet, a single issue looms large, threatening to destroy the political goodwill built since Aoun became president. Lebanon is scheduled to hold parliamentary elections this May – the first polls since 2009. The current parliament’s term has already been extended twice, in 2013 and 2014, due to security concerns. When it comes to elections, Lebanon’s many political factions appear to agree on just about nothing. Intense debate over reforming the country’s controversial 1960 electoral law has pushed the Lebanese parliament back into gridlock. The parliament has thus far failed to agree on a new electoral law for the May elections, raising concerns that it will be forced to extend its term for a third time.

Meanwhile, the Lebanese public is growing increasingly impatient with inaction on the elections as well as the government’s continued failure to address rampant public-sector corruption. Heated protests broke out over the government’s decision to raise the value-added tax, which opponents say unfairly targets Lebanon’s struggling working class. These recent missteps are threatening an early end to President Aoun’s political honeymoon. In the face of heightened public discontent, it is likely that Aoun and his son-in-law Gebran Bassil, the leader of the Free Patriotic Movement, will push for a quick resolution to the country’s electoral law crisis. However, with stiff opposition from Prime Minister Hariri’s Future Movement and Druze leader Walid Jumblatt, guaranteeing a smooth election season will be an uphill battle.

Given Lebanon’s unique sectarian-style government, which mandates power sharing between the country’s main religious groups, it is no surprise that electoral reform remains an emotionally charged issue. At issue is the country’s 1960 electoral law, which governed the last general election in 2009. The law calls for voting along 26 districts or aqdaya, in which each religious sect is allocated a number of seats proportional to their population in the district. As a result, winners are determined by a majoritarian first-past-the-post system, wherein the candidates, and the parties by extension, with the highest number of votes win all of the district’s seats. This system is widely unpopular among Lebanon’s Christians, many of whom believe that the system unfairly disadvantages Christian candidates by forcing them to run under Muslim-led lists.

As a result, all of Lebanon’s national Christian political parties – including Aoun’s FPM, Samir Geagea’s Lebanese Forces, and the Samy Gemayel-led Kataeb Party – favor scrapping the 1960 law with a new, simplified proportional representation system. Under such a system, the number of districts would be reduced to 15, and while religious quotas would remain, seats would be allocated to each party proportional to the percentage of votes received. All Christian parties stand to gain under the proposal, but particularly the FPM, whose appeal is less geographically concentrated. The proposal has garnered firm support from the FPM’s chief ally, Hezbollah. Although the Shia political movement and militia would likely lose a few seats as a result, it sees an opportunity to diminish the influence of its main political rival, the Hariri-led and Sunni-dominated Future Movement.

Hariri and Jumblatt have joined forces to effectively block proportional representation, which is expected to reduce the Future Movement’s influence in mixed Sunni-Christian constituencies. FPM leader Gebran Bassil quickly counter-offered a hybrid system in which half of the seats would be allocated based on proportional representation, and the other half according to the existing majoritarian system. However, the proposal was criticized by both Future Movement and Druze MPs, and received lukewarm responses from Christian parties.

With only weeks remaining before Lebanon’s scheduled elections, it seems likely that the parliament’s term will be extended yet again. Attempts to reform the country’s electoral process are seemingly being blocked by the very forces they seek to address. And although debates on the electoral system are vitally important to building a post-sectarian Lebanon, to much of the Lebanese public they represent another side-show in the country’s never-ending political theater. With frustrations about corruption and the government’s handling of the Syrian refugee crisis at a boiling point, continued gridlock over the elections is likely to result in sizable street demonstrations.

Despite signs that Lebanon’s traditional political coalitions are fraying and that polarization is fading, disagreements over electoral reform have reopened old wounds. The Future Movement is trying to make Hezbollah’s armaments the central issue in the elections, as it has done to great success in the past. Hariri and his allies have defended their rejection of proportional representation by asserting that Hezbollah’s continued stockpiling of weapons threatens free and fair elections in districts where the group holds influence. Hariri’s comments were countered by President Aoun, who recently called Hezbollah’s arms “an essential part of defending Lebanon.”

With Hezbollah’s weaponry once again at the forefront of Lebanese politics, there is risk that the country might once again slip into political discord. And although the future of Hezbollah’s weapons stockpile is certainly a critical issue facing all Lebanese, a return to a Nasrallah-Hariri or Bassil-Geagea clash of personalities will be a great disservice to the public. Frustrations with the politics of old were highlighted by the surprisingly strong showing of Beirut Madiniti, an independent list of civil servants, in last year’s municipal elections. The Lebanese people are demanding, and certainly deserve, new policy prescriptions for tackling corruption and improving the country’s pitiful infrastructure, which is plagued by systemic power shortages and water shut-offs.

The upcoming election season offers Lebanese political leaders the opportunity to offer real solutions to the problems facing everyday Lebanese. But if the gridlock over the electoral law is any indication, there is little hope that Lebanon’s mainstream political parties will do so. The shaky start to President Aoun’s administration demonstrates that the Lebanese government cannot simply continue to wait until the next political crisis. If Hariri, Hezbollah, Aoun, and Jumblatt cannot come to some sort of agreement in a timely manner, it is Lebanese democracy itself that might feel the biggest sting at the ballot box. 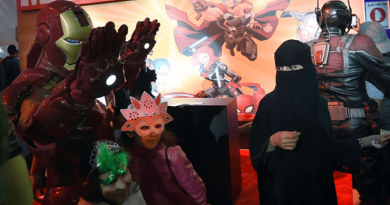