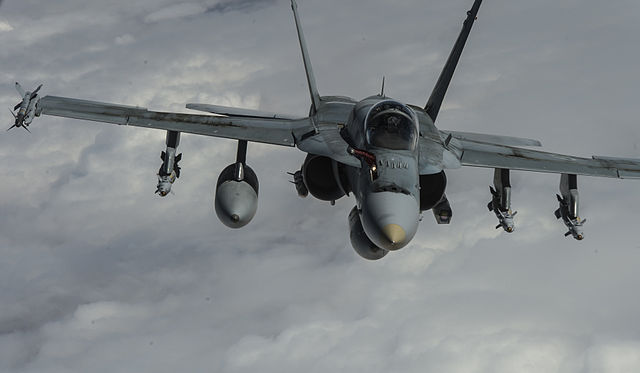 The Syrian civil war has led to a paradigmatic shift in Middle Eastern politics. Countless factions continue to vie for territory and influence on the ground, although the Assad regime – allied with the Iranian and Russian governments – has expanded its control over regions lost during the initial stages of the war.

Simultaneously the refugee crisis hangs over governments in Europe and the Middle East, with the former swinging to the right as the latter struggles with the pressure of hosting millions of displaced Syrians.

In a lecture titled “Prospects for Peace in Syria: Can the New Administration Help?”, held on February 23 at Harvard University, former US Ambassador to Syria Robert Ford discussed the war’s main belligerents involved, the ongoing peace talks in Geneva, and the Trump administration’s involvement – or lack thereof – in the conflict and its fallout.

Opening on a dour note, Ford declared there is “not much we can do to shape” the outcome of the conflict. He explained that “[Syrian president Bashar] Assad’s military prevails in places like Damascus, Homs, Aleppo,” and that Assad has vowed to regain all rebel-held territory despite his military’s weakness. Apparently, behind closed doors, Russian military experts said, “Assad’s military is so weak he can’t possibly retake the whole country.”

It would be presumptuous to assume Assad will defeat the rebels. Rebel groups began a new offensive in Syria’s southwestern region in early 2017. They also ignored the Turkish edict to not unite or collaborate explicitly with al-Qaeda following the fall of eastern Aleppo. Both moves, Ford said, exemplify the Syrian opposition’s resilience. Even if Assad were to rout the rebels, he would still need to contend with a protostate established by Kurds in the north, as well as with the remaining territory controlled by the Islamic State.

The former ambassador was quick to note that foreign powers are a lot closer to a peace deal now than they were in 2013, and will be negotiating in Geneva. The central questions to ask are how that peace deal will be structured, and which parties it will include.

In the ambassador’s opinion, the rebel groups negotiating in Geneva represent what is left of a moderate rebellion – al-Qaeda and affiliated groups are not included in the talks. The Islamic State is, of course, not present – and neither are the Kurdish fighters affiliated with the PKK in Turkey, as Ankara rejected their inclusion. Interestingly, the US is largely absent, which Ford questioned, wondering, “Why is the US absent, given it has been in Syria since September 2014 and currently has 450 special ops members on the ground?” His answer: the Obama administration focused exclusively on the Islamic State, and did not do enough to build up the strength of moderate rebel groups. The influential parties in Geneva are those providing firepower: Iran, Turkey, and Russia, among others. And, whether a globalized world or one composed of disparate states, force is proportional to diplomacy: that is, a party’s diplomatic influence is equivalent to the military pressure it can apply.

During the first set of peace talks in Geneva in 2012, the central issues were the establishment of a new Syrian government and the peaceful transition to that government. At the time, before Russia’s explicit entry into the war, Assad’s position was decidedly weaker than it is today. Since then, events have transpired decidedly in his favor. The main concern powering the Geneva talks now is how to establish a credible, nonsectarian government. Ambassador Ford was quick to point out the word “transition” has disappeared from the talks’ focus, implying that Assad will remain in power. Negotiations now center on rewriting the Syrian constitution and holding elections.

So what does Assad staying in power mean in the short-term? According to Ford, it implies that “the fighting will go on.” While the ceasefire may reduce violence in some areas, it will likely continue in others. Assad remaining in power will also result in more refugees, and an unwillingness on the part of international organizations to blame him for pro-government militias stealing aid supplies intended for people under siege.

Moreover, the Ambassador added dramatically, Syria will face a “de facto” partition, “If Bashar al-Assad stays, he will not be held accountable,” adding, “there will not be much if any reconstruction.” One Syrian official estimated reconstruction efforts will cost approximately $350 billion, an amount Ford doubts can be raised from donations by the international community.

The reconstruction of Syria will become less likely the longer the civil war continues. Refugees will not return to their homes before the end of the decade, and Syria will likely become a space for the recruitment of extremists. Russia and Iran will consolidate their positions in the Middle East, and Iran will “exert influence in order to establish and consolidate regional leadership.”

Ford claimed that certain circles in Washington are currently pushing for cooperation with Assad, suggesting to drop sanctions. The former ambassador questioned the moral consequences of working with “these people,” making reference to the mass executions and hangings in Saydnaya Prison reported on by Amnesty International in February.

He pointed to a photo of Turkish President Recep Tayyip Erdoğan, saying, “In the end we’re going to have to decide what to do about this guy.” In the ambassador’s opinion, the US government must ask whether it is possible to find a way to work with Erdoğan, mainly because of his desire to counter Iranian influence in the Levant and Iraq. Ford insisted that working with groups indigenous to the region is far preferable to direct US intervention. Sending American troops to take the Islamic State’s de facto capital of Raqqa, for example, is a bad idea because there is no plan to replace the group with any sort of government.

Concluding his talk, the former Ambassador to Syria encouraged the Trump administration to try to relaunch peace talks with Turkish Kurds and Erdoğan. With the recent US bombing of a government-controlled airfield in Syria, the United States could well become a more involved diplomatic presence in the conflict in the months to come. 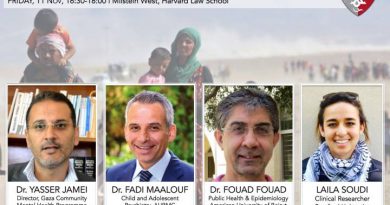 November 14, 2016 Comments Off on De-stigmatizing mental health in the Middle East’s conflict zones