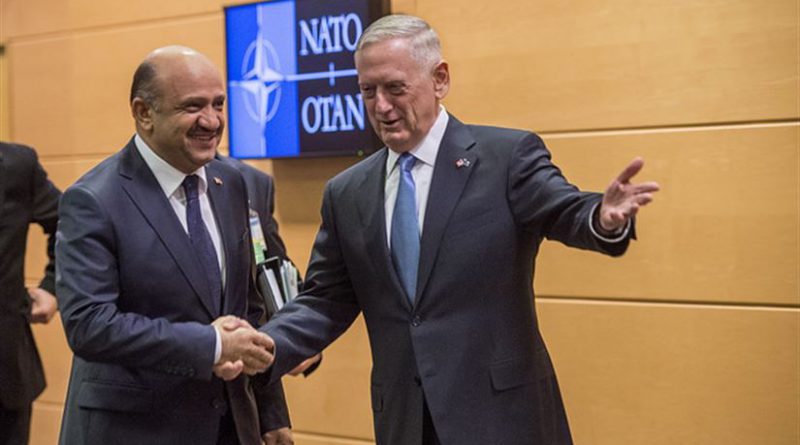 Turkey’s relationship with the North Atlantic Treaty Organization (NATO) is in trouble. Aside from being one of two Muslim-majority countries in the pact (Albania being the other), it holds unfavorable views of NATO, is becoming increasingly authoritarian, and continues to cultivate ties with Russia. In view of these realities, NATO must grapple with the prospect of a “Turkexit.”

Turkey joined NATO in 1952, three years after the organization’s creation. The United States and 11 other nations had established NATO in 1949 as a means of providing collective security against the Soviet Union. At the time, Turkey was interested in aligning itself against the Soviet Union. However, several recent trends in Turkey’s domestic politics and foreign relations suggest that its relationship with NATO is at risk.

According to a 2014 Pew Research Center study, 70 percent of Turks hold unfavorable views of NATO, with an even greater number holding negative views of NATO’s most influential member, the United States. These attitudes stem from a belief that Turkey is making disproportionate human and financial contributions to the alliance. In 2016, Turkey contributed 426,000 military personnel—the second largest after the United States, which contributed 1,311,000 military personnel.

Moreover, since the attempted July 2015 coup against Turkish President Recep Tayyip Erdoğan, Turkey’s government has grown increasingly authoritarian. Erdoğan placed the blame for the coup on Muslim cleric Fethullah Gülen and his followers. In retaliation for the coup, Erdoğan has taken steps that are considered anti-democratic. He declared emergency rule shortly after regaining power; ordered the arrest of journalists; suspended, fired, or revoked the licenses of 60,000 civil servants, especially university professors; and dismissed nearly 3,000 judges and prosecutors. These actions place Erdoğan in the growing club of authoritarian strongmen such as Bashar al-Assad and Vladimir Putin.

In addition to its internal political struggles, Turkey’s relationship with Russia may undermine its loyalty to NATO. Despite the incident in November 2015, when Turkey shot down a Russian plane that had supposedly breached Turkish airspace, Moscow and Ankara have maintained cordial relations. This friendship is reflected in a global attitudes survey which found that Turkey would be hesitant to defend NATO allies should Russia get into a serious military conflict with a NATO member.

The two countries’ economic and political interdependence suggests a warm relationship that should raise conflict of interest concerns for NATO members. Since 2012, for example, Russia and Turkey have consolidated pipeline projects to transport gas to European markets. Erdoğan and Putin continue to back Assad in the Syrian civil war. Should economic and political ties between Turkey and Russia continue to strengthen, Turkey may see little reason to remain a part of NATO. Why, after all, should it be part of a bloc to defend Europe when Europe will not grant it membership in the EU?

Yet despite these challenges, it behooves NATO to ensure that Turkey remains a loyal member. Turkey has strategic geopolitical importance and NATO should be doing more to ensure that Turkey does not become the next Brexit case for its union. With its ties to both many Western nations and many Middle Eastern nations, Turkey stands as a cultural and economic bridge between the Western and Islamic worlds.

Stronger relations with Turkey would give NATO greater negotiating leverage in the Middle East. Turkey might prove able and willing to loosen its ties with Russia. Turkey’s growing population—the third largest in NATO—could inject economic and demographic vibrancy into a NATO whose relevance and heft are increasingly in question. Not to mention, Turkey shares the alliance’s tactical nuclear burden, hosts crucial radar facilities and has volunteered to be a part of NATO’s most potent and reactive strike force, making it an invaluable member of the alliance. Additionally, the importance of Turkey’s strategic location cannot be overstated: Turkey controls the Bosphorus chokepoints and sea lines of communication, has access to the Mediterranean and Black Seas, and borders Syria, Iraq, and Iran.

Finally, if NATO develops stronger relations with Turkey, Ankara might be more willing to assist with mitigating the Syrian refugee crisis. It has already taken in nearly two million refugees, more than all the other European countries combined. According to a 2016 report by the Office of the United Nations High Commissioner for Refugees (UNHCR), Turkey sheltered more Syrian refugees than any other country.

Turkey has more geopolitical leverage than its European and North American counterparts may realize. It is up to NATO to cultivate favorable relations with Turkey to ensure that one of its most important members does not wave the organization güle güle (goodbye).

Mariya Ilyas is a graduate student at The Fletcher School of Law & Diplomacy at Tufts University and was a Fulbright Grantee in Turkey from 2015-2016. The opinions and views expressed in this article are those of the author only. 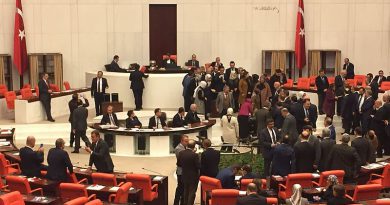