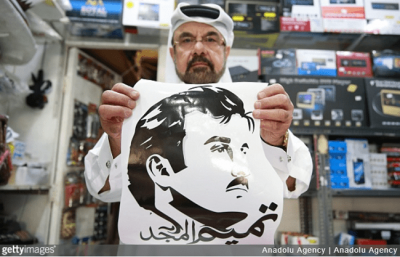 It’s been just over a month since Saudi Arabia, the United Arab Emirates, Bahrain, and Egypt decided to sever diplomatic ties, trade links, and transportation corridors with Qatar.

Yet now, the quartet of encircling nations seems unsure of how to proceed, despite Kuwait’s emir and diplomatic corps working overtime to mediate the dispute. Instead of quickly forcing Qatar to the bargaining table, the blockade has stirred up nationalist fervor and stiffened Qatar’s resolve, making it difficult for any party to back down.

The dispute needs little introduction – I have covered its opening stages elsewhere, while I recommend Adam Hanieh’s overview for Jacobin to get up to speed.

The causes of the present dispute, though difficult to pin down precisely, are certainly not new. Similar concerns with Qatar’s independent foreign policy in the Gulf region (as well as Qatar’s naive and reckless politicking with Islamist groups across the Middle East and North Africa) prompted the withdrawal of the Bahraini, Emirati, and Saudi ambassadors from Qatar for several months in 2014. In accordance with Greg Gause’s writings on intra-Gulf relations, though, security concerns over threats posed by Iran and ISIL seemed sufficient encouragement at the time for rulers in the Gulf Cooperation Council (GCC) to keep any acrimony from spilling over into the public sphere.

This time, little seems to restrain regional officials, surrogates, and newspapers from going as public as possible with accusations against and threats toward Qatar. Depending on whom you ask, this is either a reflection of the Trump administration’s carte-blanche approach to Saudi security concerns, or a sign that Saudi and Emirati patience with Qatari has finally run out.

An exercise in comparative literature illustrates the stark shift in tone and tactics towards Qatar. Last time around, in 2014, Sheikh Muhammad bin Rashed of Dubai went out of his way to convey a commitment to cordial relations through a poem. Al-‘Uhud (“Promises”) was cross-published in leading Qatari daily Al-Raya and Emirati newspapers, with the relevant closing lines suggesting, above all, a desire for a unified Gulf community:

In this which is my house, one of honor and great glories,

One great Gulf house biased ever toward brotherly love.

And I feel all the Gulf is one country, one land,

Descended from one line, the most noble of men,

Nothing shall come between these purest of hearts.

On our land did the religion of Islam come forth,

And in its shade we are wreathed in security and peace.

May God grant that goodness and goodwill only increase,

And that our banner fly free until the Day of Judgement.

Contrast that with Sheikh Muhammad’s most recent composition, the bluntly titled “The Path is Clear.” which debuted on Instagram and garnered thousands of likes. No less blunt are the words chastising Qatar for its foreign policy positions, and the suggestion that it return to the GCC fold – or else:

…of one origin, one people, one essence [are we],

One flesh, one blood, one religion and one land.

Qatar knows that we can provide it with close protection,

From the wayward stranger and those in weak positions.

Not offered out of any political interest,

Dear brotherly neighbor – their good fortune has run out.

It falls on us to advise them,

When they have gathered up a sand snake in the folds of their robes.

And that the wolf will swallow up the great and healthy,

The moment they decide to part ways from the flock…

…so let us return to unity of hearts and intentions,

Protecting each other without hatred or grudges.

From Saudi Arabia to the heart of Oman,

To my own country, which holds fast to its commitments.

And our Bahrain along with Qatar and the Al Thani,

One Gulf, its affairs watched over by God…

…the path is clear for the eyes to see;

The door is open and the place is known.

A path to grace and to peaceful tranquility,

Much better than the Devil (Shaytan) and the people of Devilry.

And if you all do not find pleasing our generous path,

Then to each his own way and his own matters.

Sheikh Muhammad is far from alone in encouraging Qatar along the “clear path.” Week after week, Gulf outlets on the blockading side – such as The National, Al-Arabiya, Okaz, and Arab News – have churned out op-eds slamming Qatar, while fellow travelers in the U.S. think tank community required little prompting to lay into the Gulf emirate as well. Meanwhile, Qatari surrogates have appeared in regional and international media to defend – at times to ridiculous lengths – the country’s foreign policy choices.

While outlets dutifully note that each author’s opinions are his or her own, the concerted campaign is hard to miss. There is clear precedent: a supposed Saudi diplomatic cable from 2012 enjoined Saudi newspapers to respond to critical Omani op-eds putatively greenlighted by the Omani government, while other documents in the little-studied Saudi cables are rife with suggestions of extensive efforts at shaping global media coverage in the Kingdom’s favor. Likewise, the UAE-funded and now-defunct Global Network for Rights and Development (ably investigated by Brian Whitaker) spent an inordinate amount of time chatting up Qatar’s human rights abuses to the exclusion of neighboring countries.

The demands and accusations this time are far from subtle. Some commentators have suggested or openly called for regime change in Qatar, while Foundation for Defense of Democracies’ John Hannah more or less called on the Trump administration to “make an example” of the country in Foreign Policy – a suggestion the president seems to have taken well in hand. At the same time, phantom “opposition figures” from Qatar, such as one Sheikh Nasser bin Saud Al Thani, have begun cropping up in regional coverage, particularly in Egypt’s hyperbolic press.

Things are getting ugly: showing sympathy for Qatar has been criminalized outright in Saudi Arabia, Bahrain and the UAE. One Abu Dhabi-based cleric resorted to crude anti-Semitism in attacking Al Jazeera, while Twitter personality Waleed Dhafiri suggested that the actions of the Qatari emir justified his assassination. Former Million’s Poet contestant Nasser al-Faraana posted a half-hour diatribe against Qatar’s foreign policy dealings (815,000 views), concluding with a poem that featured this gem of a line:

By God, with you are the armies of the Christians,

Them and the apostates (Shia) and the Jews are your friends.

In the other camp, a pro-Qatar hacking campaign dug up dirt on one of the Qatari regime’s prominent critics, former Al Jazeera journalist Mohamed Fahmy. Some Qataris are floating the idea that the whole thing is a Saudi plot to seize Qatar’s liquid natural gas assets – as fanciful as the suggestion that the United States waltzed into Iraq to seize the country’s oil wholesale, but a potentially lasting narrative nonetheless. Meanwhile, neither side seems interested in claiming responsibility for one Zayed al-Marri, currently stranded at the border between Qatar and Saudi Arabia.

If the intention was to turn Qatar’s people (or at least ruling family) against their emir, any hopes for a quick resolution to the dispute seem misplaced. Perhaps this dispute can eventually serve as a case study in how the region’s conflicts are constructed: Political leaders narrate us-versus-them stories for domestic political advantage, with unintended consequences down the road as the narratives take on a live of their own.

Despite endless recycling of Tahseen Bashir’s quip that most of the countries of the Arab world are mere “tribes with flags,” Qatar – no less than its neighbors – has invested heavily in stoking some sense of national identity over the years. This includes national day celebrations, a raft of museums, and, not least, generous welfare state programs. And what better way to stoke shared national identity than by suggesting that one’s neighbors seek to make it a vassal state? The rally-’round-the-flag effect – or here, rally-’round-the-emir – is certainly one of the more robust findings in international relations and social psychology studies about group responses to external threats.

Officials such as Qatari Foreign Minister Mohammed bin Abdulrahman Al Thani have thus been quick to cast the conflict in such terms, and local newspapers have churned out stories playing down the negative effects of the blockade while highlighting solidarity among citizens and expats. Then there is the cheerful, locally recorded “One Nation” (Al-Yaqeen), an anthem “in solidarity with Qatar.” Little wonder that, despite the looming deadline to meet demands, officials from the blockading countries have been sending signals that they are willing to dig in for months, or even years.

To paraphrase the Scarecrow from The Wizard of Oz, odds are things will get darker before they get lighter. The more these grievances become part of a public narrative about intra-GCC relations, the more difficult it becomes to walk peoples and rulers back from the brink. 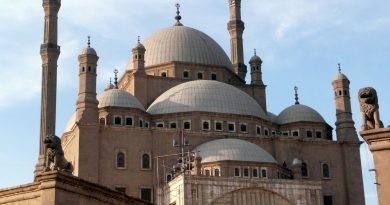 November 20, 2014 Comments Off on When God Speaks, Does Anyone Listen? Evidence from Egypt: A Discussion with Dr. Tarek Masoud 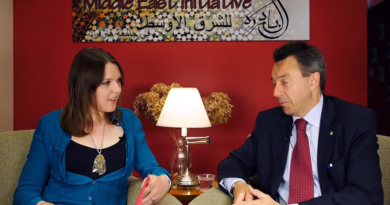