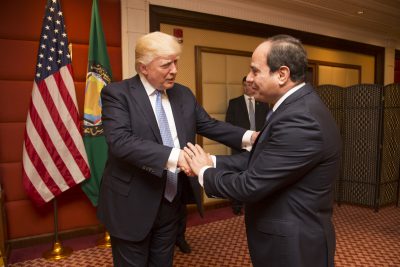 The diplomatic crisis pitting Qatar against Saudia Arabia, Bahrain, Egypt, and the United Arab Emirates is entering its fourth month. Saudi Arabia cut off diplomatic ties with Qatar in June and led the other three countries in a blockade of Qatar. The Washington Post reported this week that some Qatari exiles are using the crisis as an opportunity to mobilize resistance to the Qatari regime, which is currently headed by the Emir Sheikh Tamim bin Hamad Al Thani. On Tuesday, Sheikh Al Thani announced the opening of the Hamad Port, which is now the largest port in the Middle East and an important part of the Emir’s strategy for combating the economic ramifications of the blockade.

The city of Deir al-Zor in Syria has been under siege by Islamic State militants since 2014. Over the weekend, the Syrian Army and its allies came within 3 km of the city, undercutting IS presence and coming closer to liberating the estimated 93,000 civilians who live within its borders. An important strategic location, Deir al-Zor is Syria’s major oil center, and its fall to revolutionaries in 2013 represented a major setback for the Assad regime. After the fall of rebel-held Aleppo in northern Syria in December, regime forces and their allies refocused their attention on territory under IS control in the east. Though the military advances are significant, IS militants still control much of the Deir al-Zor province, including half of the city.

A spokesman for Turkish President Recip Tayyip Erdogan accused Angela Merkel and her Social Democrat rival Martin Schulz of practicing politics of populism after both candidates for the German chancellorship announced intentions to end EU accession talks with Turkey. Both candidates are critical of Erdogan’s human rights record. Turkey dominated the debate, a topic which Chancellor Angela Merkel must handle more delicately than her opponent, given the ongoing negotiations between Germany and Turkey regarding the region’s migration challenges.

The ancient Roman city of Neapolis was discovered off the coast of Tunisia this week. The city is 1,700 years old and disappeared after a tsunami destroyed it in the 4th century AD. Tunisian and Italian archaeologists have been searching for ruins of the city since 2010 and were finally able to view parts of it off the cost of Nabeul this summer due to good weather conditions. Neapolis was founded by the Phoenicians in the 9th century, and initially sided with Carthage in the Punic Wars. However, it was eventually brought under Roman control towards the end of the wars. The finding of Neapolis has allowed archaeologists to establish that it was a major trading center of garum (a type of fermented fish sauce) and salt fish in the Roman empire.

After a recent visit to the Gaza Strip, United Nations Secretary General Antonio Guterres called for increased international aid to end the humanitarian crisis in Gaza. During a speech at a school run by the United Nations Relief and Work Agency, he called the situation in Gaza one of the “most dramatic humanitarian crises that I’ve seen.” The dramatic cuts to electricity this past summer, which left Gazans with only four hours of electricity per day, have exacerbated the poor living conditions in Gaza. On Wednesday, Guterres announced that the UN emergency relief fund would release $4 million to Gaza, while also pleading for more aid. This was Guterres’ first visit to the Middle East in his role as UN Secretary General.

The US government is cancelling $95.7 million in military and economic aid to Egypt, and it is withholding a further $195 until the Egyptian government demonstrates a respect for civil liberties. Secretary of State Rex Tillerson claims the US government is concerned about the Egyptian government’s apparent lack of progress with respect to human rights. Though Egypt has been a long time ally of the US, the 2013 coup which ousted then democratically elected president Mohammad Morsi and placed military general Abdelfatah al-Sisi in power strained US-Egyptian relations. That was expected to change following the election of President Donald Trump, who praised al-Sisi in the past and promised Egypt unwavering US support and aid. How cancelling the aid package will impact future relations between the two nations remains unclear.

November 12, 2018 Comments Off on Weekly Roundup: Turkey releases the recording of Khashoggi’s murder, deadly flooding in Jordan, the Libyan National Elections are cancelled