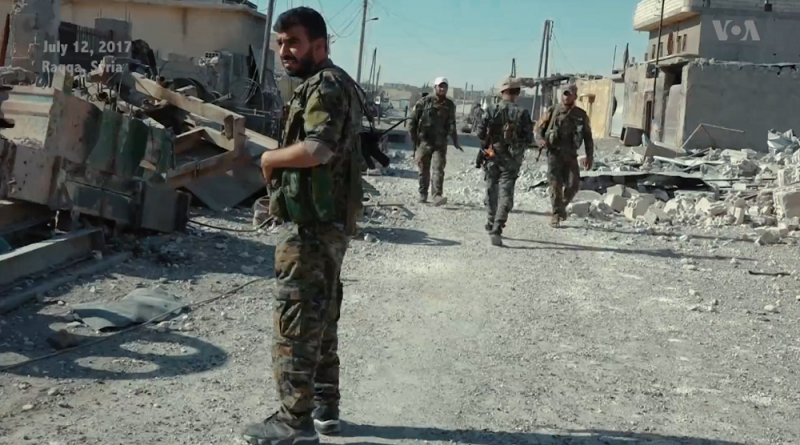 President Trump announced his intention to decertify the Iran Deal on Friday. The decision, which legally declares Tehran in violation of the agreement, now requires action from Congress. Over the next 60 days, the legislature will vote on whether to abandon, renegotiate or stay in the deal — a move that has frustrated European and Iranian politicians alike.

Since the signing of the landmark nuclear agreement with the West, there has been considerable fighting and tension between the moderates and conservatives in Iran. Moderates have supported Rouhani, calling for more political freedom, while the clerics view the Iranian decision to sign the agreement as promoting a soft international stance.  According to a representative of the Supreme Leader, this move by the United States has helped the conservative element in the country and unified the people of Iran. Nonetheless, Iran needs the nuclear agreement in order to strengthen the country’s economy in the wake of a long a recession caused by the sanctions.

Iraqi forces and Shi’ite Hashd al-Shaabi (PMF) fighters using US equipment clashed with Peshmerga units in Kirkuk and asserted control over the province’s military and oil facilities and airport as Erbil’s deadline to cede control to Baghdad expired. Overnight reports indicate Kurdish forces killed at least twelve Hashd fighters, Peshmerga commanders alleged Iraqi militia fighters attacked civilians, and Turkey voiced support for Baghdad after PKK fighters sighted among volunteer fighters in Kirkuk. The Kurdistan Security Council issued a statement confirming they will continue to resist Iraqi forces, and Barzani’s assistant Hemin Hawrami tweeted a Peshmerga statement alleging “treason” by commanders who ordered retreat and saying the Iraqi government will “pay a heavy price.” US-led anti-ISIL coalition forces issued a statement calling the exchange of fire a “misunderstanding” and urging all sides to focus their efforts on ISIL, while the State Department said it was “very concerned” over the fighting.

Fatah and Hamas, the two major Palestinian political parties and bitter rivals, signed an historic deal that could pave the way for reconciliation and a united government in the Palestinian Territories. Under the agreement, Hamas will cede administrative control of the Gaza Strip, which it currently governs, to a unity government including Fatah, the dominant party in the West Bank-based Palestinian Authority (PA). The two parties have governed their separate territories since Hamas won parliamentary elections in 2006 and drove Fatah out of Gaza the following year. The cession to the PA of control over Gaza’s borders, combined with the lifting of current PA sanctions on Gaza, could provide some respite to Gazans from increasingly concerning humanitarian conditions in the Strip. However, substantial questions remain to be answered, including what the future of Hamas’ 25,000-strong military wing will be, and how Israel will react to the potential inclusion in government of Hamas, a group it has consistently refused to engage with diplomatically.

This week, the U.N. Security Council endorsed a U.N. action plan to resume inclusive political processes in Libya. The plan seeks to end Libya’s political impasse, which has seen the country divided into three rival governments. It intends to support a Libyan-owned political process facilitated by U.N. leadership. The Council’s statement reaffirms a “commitment to the sovereignty, independence, territorial integrity, and national unity of Libya”.  The Council also urged all Libyans to work together, and thoroughly engage in political processes.

The Islamic State claimed responsibility for attacks against Egyptian military outposts in North Sinai on Sunday that resulted in the deaths of at least 24 militants and six soldiers. The attacks came only two days afters six Egyptian soldiers were killed when gunmen opened fire at a checkpoint in Sinai. The Egyptian government recently extended its state of emergency for an additional three months.

On Friday, Turkey sent soldiers and armored vehicles into the Idlib Province of Syria, which is largely controlled by the Hayat Tahrir al-Sham (HTS), a jihadist alliance linked to al-Qaeda. Turkey, which backs the opposition to Syrian president Bashar al-Assad, said the forces would set up observation posts to help monitor a “de-escalation zone” in line with an agreement with Russia and Iran reached last month.

This week, a US delegation led by Assistant Secretary Jonathan Cohen will visit Turkey to address the diplomatic crisis triggered by Turkey’s decision to arrest US Istanbul consulate employee Metin Topuz on terror charges.

In Syria, Islamic State militants are withdrawing from Raqqa in response to the continued advance of the Syrian Democratic Forces (SDF), an alliance of Turkish and Arab militias that is backed by US troops. The SDF began their offensive on Raqqa, the former “capital” of the self-described Islamic State, in June. The loss of Raqqa will deal another major blow to IS, which has already lost most of the territory it formerly held in Syria and Iraq. Civilians are fleeing the city in anticipation of the intensification of attacks against the remaining IS-held neighborhoods.

Around 100 Syrian refugees have left the camps they were residing in in Turkey to return to areas of Syria that have been liberated from ISIS as part of the Euphrates Shield Operation, predominantly in the north of the country.

President Michel Aoun of Lebanon has announced that Lebanon can “no longer cope” with its population of Syrian refugees, suggesting that they should be returned to safe areas of Syria with assistance from international organizations. He additionally stated that he would not “force” any returns.

Saudi Aramco, the Saudi state-owned oil company, has denied reports of plans for it to shelve its public offering. The sale of a 5% stake in Aramco, a company valued at $2 trillion, is part of Saudi Arabia’s wider economic reform plans as set out in Vision 2030. The Financial Times reported that Aramco was considering selling shares privately to countries like China through sovereign wealth funds instead of going ahead with an international listing. Aramco tweeted that these reports were “entirely speculative” and that the Initial Public Offering process was “on track for 2018.”

On the heels of King Salman’s first Moscow visit, Saudi Arabia and Russia announced a proposed sale of Russian S-400 missile systems to the Kingdom. Contract negotiations are ongoing and could be signed “in the nearest time,” according to Vladimir Kozhin, a Putin aide.

Turkey finalized a similar agreement with the Kremlin last month, in a contract worth an estimated $2.5 billion. To some in NATO, the Turkish purchase of the Russian system is seen as a snub. This news comes days after the US State Department forwarded a Saudi request to purchase approximately $15 billion worth of THAAD missile systems made by US firms Lockheed and Raytheon.

The Saudi government has deployed its National Guard to the Yemeni border, along with some of the nearly $25 billion worth of US-made helicopters it has purchased in recent years. The Saudi air campaign in Yemen continues to fuel an unprecedented humanitarian crisis and garner international criticism. A bipartisan group of legislators in the US Congress are calling for total withdrawal from the Saudi-led effort. There continues to be no coherent international effort to end the crisis in Yemen, one of the world’s poorest nations. The WHO recently reported that nearly 800,000 Yemenis have contracted cholera this year.

March 13, 2018 Comments Off on Weekly Roundup: Turkey continues operations in northern Syria, More than 240 expats were arrested in Oman, and Sudan prepares to receive more refugees from South Sudan