Home > Op-Ed > The opportunities of uncertainty: the politics of Saudi succession 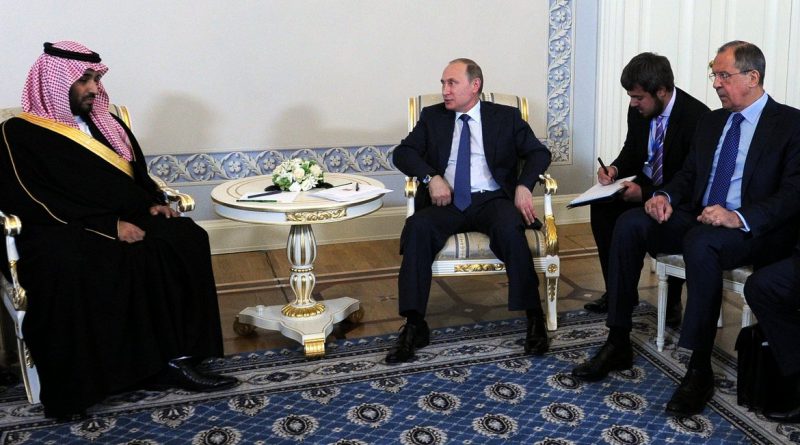 When King Salman decided to remove his nephew, Mohammad bin Nayef, as Crown Prince in favor of his son, defense minister and deputy prime minister Mohammad bin Salman, he signaled that his reign was nearing its end. Anticipating his retirement (or death) enables King Salman to implement controversial policies with less fear of repercussions. It also signals a strategic shift in domestic Saudi policy. Rather than to guarantee the Monarch’s stability, he now seeks to set his son up for success. The international community and Saudi public has heaped enormous expectations on Prince Mohammad bin Salman, and the King’s maneuvers aim to position the Prince for success. The decree lifting the ban on female drivers, the royal visit to Moscow and purchase of the S-400 missile system, and the offer to sell a 5% stake in oil giant ARAMCO all aim to open policy doors for the Prince to explore upon his ascension. All risk blowback in Saudi ruling circles, the powerful religious establishment, and the public. Yet they also hold great promise if the administration can execute them properly. Observers can expect to see more momentous announcements in the coming months. Adventurous policy-making in Riyadh is an opportunity for the Kingdom’s allies and adversaries to advance their agendas. As long as the outcome stands to sufficiently benefit the incoming monarch, the current environment holds a great deal of promise for the diplomatic entrepreneur.

The Sheikh and the Siberian Sunrise

King Salman’s trip to Moscow on October 9th was met with expected fanfare – it was the first time a Saudi monarch traveled to Russia in the Kingdom’s 78-year history. Russian President Vladimir Putin sought the visit since his own trip to Riyadh in 2007. Its strategic value is twofold. Superficially it represents Saudi Arabia’s recognition that Russia is in the Middle East to stay. Staunch Russian support for Syrian President Bashar al-Assad, whom the Salman government opposes through support for Syrian rebel groups, has entrenched Russian military presence inside Syria. Moscow will seek to extend that presence to preserve access to Syrian ports, notably Tartous, as well as air facilities such as that in Latakia. Moreover, the Syrian conflict has reached a stage where it is increasingly likely that the Assad regime will maintain some presence in a post-conflict Syria. Russia has created facts on the ground in Syria which force Saudi Arabia to accept the country’s role there. A heavier Russian military and economic footprint in the region underscores Saudi’s need to engage with the Russian state. The Trump administration is heavily pro-Saudi, but its unpredictability incentivizes Riyadh to explore what options Russia can offer. While there is no current indication that the Kingdom is slipping from Washington’s orbit, Mr. Putin has shown his willingness to pursue any and all areas where The United States abdicates responsibility. He will move equally quickly to exploit any fissures that appear between the US and Saudi Arabia as he has done with Turkey.

A stronger relationship with Russia holds much promise for the Kingdom. Cooperation in the face of an unstable global oil market could strengthen both countries’ positions within the Organization of the Petroleum Exporting Countries, or OPEC, and an exchange of investment promised during the Moscow summit could support Saudi efforts to diversify its economy. Russia has opposed Saudi Arabia’s ill-conceived war in Yemen from its inception, but has also signaled willingness to mediate in Yemen. It is not clear that Russia actually exerts enough influence among Houthi rebel groups to bring them to the table, but Saudi Arabia is desperate enough to find an exit from the Yemeni stalemate that it is even apparently willing to consider collaborating with its long-standing foe and Houthi ally, Ali Abdullah Saleh. Reliance on Russian mediation, even if tenuous, would represent a new direction in Saudi policy towards Yemen. Yemen is widely perceived as Mohammad bin Salman’s pet project thanks to his role as defense minister, and success there is closely linked to his prestige as he approaches the throne. He must find a solution to the crisis in Yemen, which strains the Kingdom’s budget and foreign credibility, if the Prince hopes to secure a successful start to his reign as King.

Crown Prince Mohammad bin Salman’s comparative youth has received much attention. Some see it as an advantage as he prepares to govern an extremely young population; over one-third of Saudi citizens are under the age of 30, and they are increasingly well educated. The country will need an innovative leader to cultivate jobs for all these young workers as they complete their studies and enter the labor force. Mohammad bin Salman’s youth, for some, indicates that he will likely adopt the high-risk, high-reward policies the Kingdom will need to keep pace with the world economy, its changing workforce, and the shifting regional security environment.

Others are less sure, and cite the Prince’s crackdown on critics, failures in Yemen, and speedy reversal of public sector benefit cuts in the face of backlash as evidence that youth denotes inexperience, not innovation. The Kingdom is in need of reform on a number of fronts – many of them domestic. Well-paid officials with ill-defined responsibilities notoriously exacerbate bureaucratic inefficiency, and the country’s dependence on oil exports amid stubbornly low prices highlights the need to diversify its revenue stream. The Prince claims he can accomplish diversification with the proceeds of selling a five percent stake in ARAMCO to a sovereign wealth fund (likely in China), but he remains vague about the details and focused on the sale itself. The economy will be a proving ground for the Prince. If he continues to evince caution similar to what showed when he rescinded much-needed austerity measures last year, he stands little chance of meeting expectations.

Where does the rest of the world fit in?

Saudi Arabia faces a complex security environment, an economy badly in need of diversity, and rapid demographic change. King Salman has placed the burden of stewarding Saudi Arabia onto a member of this new generation, his son. Analyzing Saudi policy shifts on the scale of relations with Russia, social reform, or ARAMCO’s international public offering (IPO) requires an awareness of the context of succession. The changes coming to the Kingdom are massive, but they are couched in an overriding need to ensure Prince Mohammad’s transition is as successful as possible.

The atmosphere of changes creates opportunities – Russia is seizing the chance to expand its relationship with Saudi Arabia. US President Trump’s statements regarding the Iranian Islamic Revolutionary Guard Corps’ support for terrorist groups, and Secretary of State Rex Tillerson’s comments on Shi’ite militias during his visit to Iraq could represent a strategy of appealing to the Kingdom’s antagonistic relationship with Iran. It is not yet clear if the US is actively competing for Saudi favor, but given the White House approved the sale of the THAAD missile system to the Kingdom immediately after its purchase of the Russian S-400 system, Russian encroachment on the US-Saudi relationship clearly did not go unnoticed in Washington.

King Salman is far from finished with dramatic shifts in Saudi policy. As he continues to open policy doors that might benefit his son on the throne, foreign states will see more opportunities to redefine their relationship with the Kingdom just as Saudi citizens will see new possibilities for their lives under a future King Mohammad. Moreover, these policy shifts indicate the direction Mohammad bin Salman desires his administration to take. So far, the signals are sensational – time will tell if they are substantive, too. 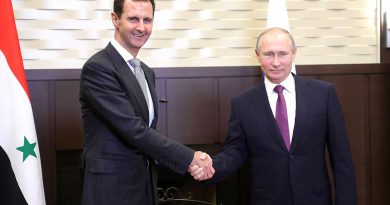