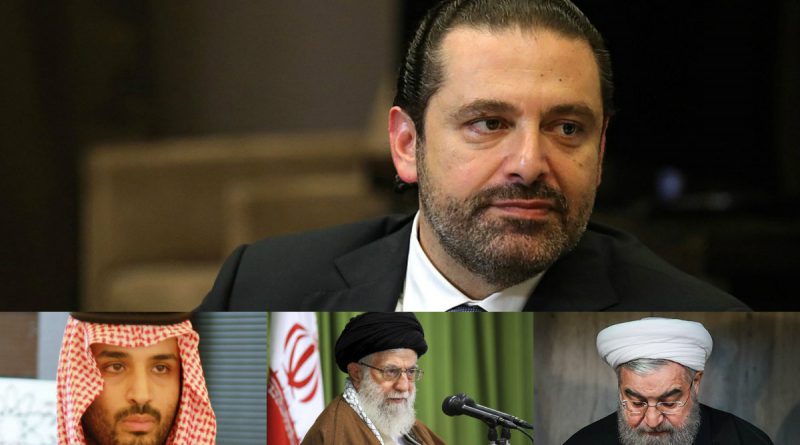 On Saturday November 5th, television sets across Lebanon blared with breaking news bulletins. Seated in front of the camera was Lebanese Prime Minister Saad Hariri, announcing his abrupt resignation from the premiership during a visit to Saudi Arabia. In his statement, Hariri lambasted Iran for interfering in Lebanon’s internal affairs via Hezbollah, reiterating his position that the group’s weapons are an affront to Lebanese stability. Citing frustration with Iranian influence and raising fears about threats to his life, Hariri resigned from the Lebanese government, effective immediately.

The shockwave from Hariri’s resignation rippled through Lebanon almost immediately – enemies and allies alike jockeyed to respond to the news. Hariri’s political opponents, chief among them Hezbollah, were critical of Hariri’s resigning from Saudi Arabia, arguing that his criticisms of Iranian interference in Lebanon were not credible when voiced from inside Iran’s chief regional enemy. Hariri’s allies countered by emphasizing frustrations over Hezbollah’s continued refusal to give up its substantial weapons arsenal, as well as the group’s contentious intervention in Syria’s civil war.

Despite the usual political jousting, friends and foes alike were unified by their genuine shock. Hariri gave little indication of his desire to resign prior to the abrupt announcement – even his closest political confidants were caught off guard. Was this just another chapter in Lebanon’s musical chairs political saga or something entirely new altogether? As the dust settled in Beirut Saturday night, details began to emerge which painted a very different and increasingly bizarre picture of Hariri’s resignation.

Almost immediately following his resignation, theories ranging from the humorous to the conspiratorial flooded social media in Lebanon and beyond. Some people claimed the speech diverged from Hariri’s usual informal diction, while others said his steely facial expression suggested some underlying discomfort in giving the statement. As the internet speculated away reports from inside the Lebanese government began to take seriously the possibility that Hariri may not have resigned of his own volition. The Lebanese Internal Security Forces quashed Saudi assertions that there were credible threats to Hariri’s life, and breakdowns in communication between Hariri and Lebanese officials raised red flags in Lebanon. Moreover Hariri’s statement in Saudi Arabia came in the middle of a tumultuous time for the kingdom: on the same day as Hariri’s resignation, Crown Prince Mohamed Bin Salman ordered the detention of 11 influential Saudi princes in a wave of arrests described by some observers as a purge of the young Prince’s rivals.

These insinuations – that the Saudis told or forced Hariri resign – are not in and of themselves earth shattering claims. As the de facto leader of Lebanon’s Sunni Muslims, Hariri has long been the Kingdom’s strongest ally in the country, and a substantial bulwark against Iranian-backed Hezbollah, one of Saudi Arabia’s most fervent regional enemies. What is gravely concerning to the Lebanese, however, is the suggestion that Hariri was forced to resign against his will and that he is being held by the Saudis.

On the Monday after the news broke, Lebanese President Michel Aoun rejected Hariri’s resignation and demanded that the Prime Minister return to Lebanon. The situation took a serious turn on Thursday when Hariri failed to return to Lebanon as previously scheduled. His own pro-Saudi Future Movement joined calls from Hezbollah leader Hassan Nasrallah for Hariri’s swift return to Lebanon, and yet at the moment he remains in Saudi Arabia. The Saudis continue to deny any restrictions on Hariri’s movement and have shared photos of him meeting with various Saudi officials as proof that he is not under house arrest.

Whether Hariri is indeed under house arrest is still a matter of speculation. What is clear, however, is that Saudi Arabia, in its bid to counter Iranian influence in the region, has majorly escalated tensions by directly intervening in the Lebanese political process. The upstart Prince Mohamed Bin Salman is eager to show he’s not afraid to confront Iran, but if it comes at the cost of Lebanese sovereignty he is making a critical error. Regardless of Hariri’s precise condition in Saudi Arabia, the abrupt manner of his resignation – from inside a foreign country – is being perceived by many Lebanese as an attack on their political dignity. The initial reaction was one of shock, but as the crisis stretches, it is increasingly turning to one of anger – anger directed squarely at the Saudis.

Last year, I wrote that Hariri’s decision to form a consensus government between the pro-Iran March 8 and pro-Saudi March 14 alliances could signal the end of Lebanon’s coalition-based, polarized political environment. In the year since Hariri assumed the premiership alongside President Aoun, Lebanon has enjoyed unprecedented stability and good faith between its squabbling politicians. The government enacted a historic electoral law based on proportional representation, initiated tax and budgetary reform, and took steps towards combating corruption (Hariri boasted of these accomplishments just a week prior to his resignation). Still, the most important achievement was that the Lebanese were able to agree on anything at all: 2017 marked a new era of hope, signalling that the years of division and vitriol could finally be a thing of the past. The Hariri-Aoun partnership, though it faced huge challenges, really was an extraordinary relationship. Many believed Lebanon had finally turned a corner, but evidently the Saudis disagree.

The reaction of Lebanon’s political factions suggests that the Saudis severely misread the Lebanese political climate. Instead of fighting with one another, Lebanon’s Shia, Sunni, and Christian leaders have been largely unified in their demands that Hariri return to Lebanon. It seems that the stability the Hariri-Aoun government provided the Lebanese people has left little appetite for a return to political chaos.

If they indeed pressured Hariri to resign, the Saudis likely hoped they could dislodge Hezbollah from the Lebanese government and undermine Iran’s influence in the country. Lebanon’s reaction to the resignation, however, does not suggest an increase in anti-Iranian sentiment. Hezbollah has been successful in framing the resignation as solely a Saudi decision. As the Lebanese increasingly criticize Saudi Arabia for its handling of the Hariri crisis, the Kingdom may actually be harming its own image in the country. The Saudis have been less than forthcoming about Hariri’s status and some officials have made inflammatory statements, including that, ‘[they] will treat the government of Lebanon as a government declaring a war.’ Saudi Arabia’s aggressive posture towards Lebanon reads more like an ill-conceived lashing out than a calculated strategy. If Saudi Arabia fails to resolve the situation soon, it could risk losing much of the political capital it built among Lebanese Sunnis in the last decade.

That said, Hariri’s resignation will have severe consequences for Lebanon’s future. For one thing, the era of good faith created by the Hariri-Aoun alliance is over, or at least on hiatus. Just because Lebanese politicians are unified in their concern for Hariri now does not mean the consensus will hold. Hariri was the essential lynchpin holding the Lebanese Sunni and Shia factions together in government. Without him, it is hard to see another figure emerging that is acceptable to both sides. With government paralysis on the horizon, the Lebanese may remain adrift in economic doldrums. Civil strife is unlikely, but Lebanon’s parliamentary elections scheduled for 2018 could see yet another delay. A failure to hold timely elections will generate frustrations among the Lebanese people, further souring relations between political factions.

Perhaps the most stark consequences will be for Hariri himself. Saad Hariri is in many ways a tragic character in Lebanese politics. Initially hesitant to join the public sphere, he was thrust into politics after the assassination of his father in 2005. Since assuming leadership of the Future Movement, he has been an important counterbalance to Hezbollah’s presence in Lebanon and the principal voice of Lebanon’s Sunni Muslims. As a younger Lebanese leader disconnected from the civil war generation, there was much hope that Hariri could help shepherd Lebanon into a more hopeful future. His decision to rise above the usual gridlock and form a government with Aoun in 2016 was highly lauded both intra-and-internationally. Ultimately, Hariri fell victim to impossible expectations.

Saad is not his father, but many unfairly hoped he could fill his father’s shoes. Born in Saudi Arabia and deeply connected to the Saudi elite, Saad Hariri was caught between two worlds: his deeply held patriotism for Lebanon and its people on one hand, the demands of his uncompromising Saudi allies on the other. Whether or not Bin Salman shares the same degree of affection for Hariri as did his predecessors is ultimately immaterial: if on one extreme Hariri is indeed under house arrest, he faces an uphill battle to return to Lebanon. And if on the other extreme Hariri’s resignation was completely voluntary, his political capital in Lebanon would likely be all but exhausted. In between is a range of many other possibilities, few of which bode well for Hariri. In the end, his political story mirrors his father’s: a promising future cut short by an unexpected force, but such is the story of Lebanon. 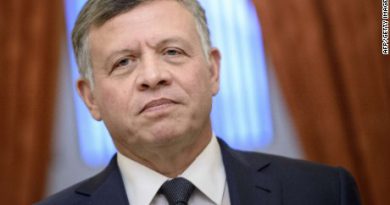 Can King Abdullah Keep Jordan out of the Fire?

March 23, 2016 Comments Off on Can King Abdullah Keep Jordan out of the Fire?