Home > Analysis > Americans are morally responsible for America’s war on Yemen – a series on Yemen, part 1 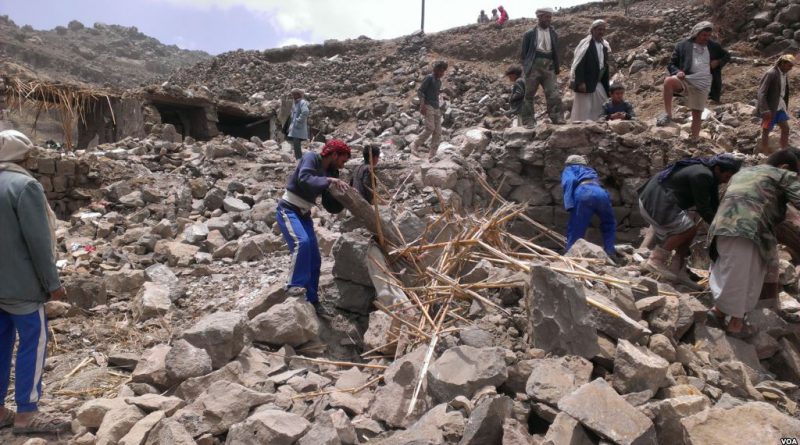 This is the first of a three-part series of essays on Yemen highlighting the magnitude and impact of the civil war on Yemenis. Part 2 , Part 3

Yemen continues to suffer in silence as the world turns away from its ongoing misery. Despite over two and a half years of war, the average American seems oblivious to the United States’ role in fueling the conflict in Yemen. While wealthy Arab states like Saudi Arabia and the United Arab Emirates bombard the Middle East’s poorest country, pushing the country toward famine and an unprecedented cholera outbreak, the US government (beginning with the Obama administration and continuing with Trump) has continued to fully support the Saudi-led coalition through the sale of weapons, mid-air refueling, targeting intelligence, and other logistical support.

While the root of the conflict traces Yemen’s own ‘Arab Spring’ moment, the current humanitarian crisis is a direct result of the Saudi intervention in Yemen, which began in March 2015. Months before the intervention, Yemen’s Houthis swiftly took over the capital Sana’a, prompting speculation that they had a helping hand from Yemen’s most powerful man and their historic enemy: ex-president Ali Abdullah Saleh. The unusual alliance between these two rivals prompted Riyadh to intervene in Yemen by launching a poorly-conceived bombing campaign, “Decisive Storm,” ostensibly acting at the behest of Yemen’s temporary president Hadi to restore his “legitimate government” to power. The architect of the intervention was the new king’s son, Mohammed bin Salman, Saudi Arabia’s then-Deputy Crown Prince and newly-appointed Minister of Defence. To protect US interests, the Obama administration provided immediate support to the Saudis, setting up a “joint planning cell” to coordinate targeting efforts. Now in its third year, it is clear that the intervention was anything but decisive. While it failed to curtail Houthi influence and reinstate Hadi to power, the campaign did succeed in achieving widespread suffering which has metastasized into the world’s worst humanitarian crisis.

Over the past three years, Yemenis have witnessed painfully as, time and again, the international community betrayed them. The US and various other countries continued to profit from the sales of weapons to Saudi Arabia, even as human rights organizations warned of potential war crimes. Saudi influence permeated the United Nations, as evidenced by Ban Ki-moon’s capitulation to Saudi threats by removing them from the list of child killers (a decision that was recently reinstated by his successor António Guterres). The international community even allowed Saudis to investigate (and clear) themselves from any wrongdoing. When an inquiry into Yemen war crimes was finally agreed upon in September, the word “investigation” was dropped, and it remains to be seen which “regional experts” will comprise the committee.

But has the American public also ignored its government’s involvement in Yemen’s destruction? Or do we simply not know about a war that is being carried out in our name? A war in which a land, air, and sea blockade has kept food and medicines out while trapping people in – people whom many consider the “forgotten”. Even when mainstream media outlets in the United States report on Yemen’s crisis, they fail to mention our government’s role in this conflict – a recent ‘60 Minutes’ report on the conflict and its dire consequences made no mention of the United States’ role in the crisis.

US citizens can no longer stand by and watch as Yemeni children die of curable diseases like cholera (with 900,000 cases and counting) because they cannot access clean water. Nor can we stand by and watch them die of hunger in a time of immense global wealth because their parents cannot afford what little food is available. We can no longer watch as Yemeni children, women, and men are killed by US-supported, Saudi and Emirati air strikes that target homes, schools, funeral gatherings, and hospitals alike. We must confront our government’s role in creating this “man-made catastrophe” that has pushed an already-impoverished nation to its utmost limit.

Over thirty  months into this aimless war, Congress had an opportunity to finally withdraw from Yemen and end its support for the Saudi-led coalition when Congressman Ro Khanna (D-CA) introduced the bipartisan bill House Concurrent Resolution 81. In another crushing blow to Yemenis, the bill, co-sponsored by 45 representatives, was stripped of its privileged status. A compromise was struck, and House Resolution 599 was instead debated and passed in the House. While it acknowledged that the war is taking place without congressional approval, the bill failed to put an end to the United States’ involvement in Yemen.

Still, we must repudiate our government’s role in Yemen. If we do not act now, the moral consequences may be damning. We must urge our political leaders to stop supporting the Saudi-led coalition. We have a moral and legal obligation to extricate ourselves from aiding an ally that has continued to commit what may amount to several ongoing war crimes in Yemen.

The most effective intervention is emailing and calling our representatives and urging them to introduce and support legislation that puts an end to crimes against humanity committed in our name. For the sake of Yemen’s tiniest victims, whose little bodies gave up fighting hunger and disease in the time it took you to read this piece, end the war on Yemen. 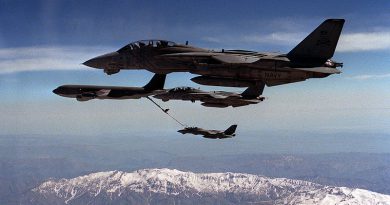 Looking to Syria: No-fly zones and political stability in Iraq and Libya 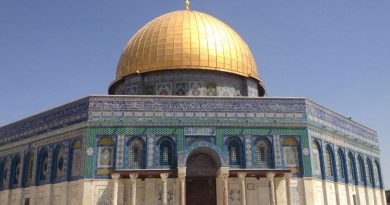