Home > Analysis > Another forever war: The US strategy in Syria 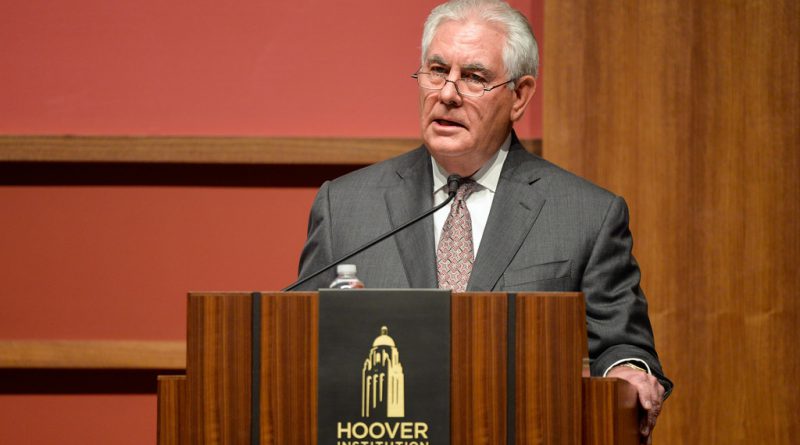 In a speech at the Hoover Institution on January 17, United States Secretary of State Rex Tillerson outlined a plan to keep US troops in Syria indefinitely, beholden to an unrealistic set of conditions. Currently, around 2,000 US troops are deployed in Syria, most of whom are engineers and Special Forces operators who train and fight with local militias. Secretary Tillerson said US forces will remain in Syria until five broad objectives are achieved, including countering Iranian influence in Syria and limiting the spread and use of weapons of mass destruction there. According to Tillerson, maintaining a US presence in Syria beyond the defeat of Islamic State will foster stability in the country, and the Secretary pointed to Libya as an example of the chaos American forces can avert. Although the new policy identifies areas of concern for the US and its allies in the Middle East, the goals Tillerson outlined lack specificity and are so broad as to be impractical. If the Trump administration does not narrow its goals in Syria, it risks turning Syria into a conflict as open-ended as Afghanistan.

Tillerson’s policy, notable not only for being the first Syria policy to emerge from the Trump administration, is also rife with mischaracterizations. Above all it demonstrates a failure to understand the state of the Syrian civil war and the war on Islamic State.

Comparing the Syria of today to Libya after the death of Muammar al-Qaddafi in 2011 was an inauspicious beginning to Tillerson’s comments. The situation in Libya has deteriorated since al-Qaddafi’s death, driven by an illicit economy thriving in the wartime chaos. Yet despite the preoccupation with Libya as a disaster of US foreign policy, and the justified accusations of mission creep exacerbating the conflict, the strong international support that backed the Libya intervention sets it apart from the Syrian case. By contrast, President Bashar al-Assad is still alive, and strong support from Russia and Iran allows him to maintain a strong position which al-Qaddafi simply did not have. Just as consequential was the confused nature of the Obama administration’s response to the Assad regime, and the international community’s inability to articulate a unified policy on Syrian intervention. The similarities between the Syrian and Libyan conflicts are entirely superficial, and the kind of ambiguous language Tillerson employed in comparing the two belies a dangerous unwillingness to engage with the specificity of each case.

While Assad may never again exert total authority over Syria’s north and southeast, he does have a firm grasp over the territory currently under his control. Assad is not likely to welcome American forces operating with impunity within his borders, and that means US troops will be largely restricted to operating in the territories where Damascus’s influence is weak. The Russian contingent in Syria will inevitably remain, both as a challenge to American diplomatic efforts and as an obstacle to American freedom of movement and operations. This patchwork map of control in Syria, and the myriad stakeholders in its future, compound the operational challenges US forces will face. Placing a token force in Syria, as Tillerson proposed doing, is not sufficient to overcome such diverse challenges on the ground. Tillerson’s policy is a political talking point meant to demonstrate action. But it lacks the substance to meaningfully degrade groups who will maintain footholds after the war, or to address the political challenges that the Assad regime poses to the international community.

Posting a limited force in Syria for an undefined period of time neither guarantees preservation of US interests there, nor does it meaningfully address diplomatic or humanitarian concerns. Countering Islamic State and other violent groups in Syria is an obvious element of the strategy, as is countering Iranian influence, though neither of them is possible under the terms outlined in the Secretary’s speech. One of Secretary Tillerson’s conditions is most puzzling: he called for a resolution to the conflict between Assad and his people. Despite this admonition and Assad’s centrality in the Secretary’s remarks, the US policy toward Assad remains unclear. Tillerson repeatedly referenced a post-Assad Syria, which indicates the expectation of a regime change in Syria, without detailing how Assad would be made to leave his post. This makes sense in the context of Tillerson’s logic, which analogizes Syria and Libya, but in reality the two could not be more different. More broadly, Tillerson called on adherence to UN resolution 2254, the latest in a series of internationally-accepted communiques that have proven toothless. The administration’s publicly-held views on the UN’s efficacy are less than laudatory, so it is odd that Tillerson relied so heavily on the UN as a vehicle to express American concerns on Syria. Whatever the intended purpose, it reads like American indecision thinly masked as international cooperation.

Without clearly defined objectives in Syria, the US risks repeating the mistakes of the war in Afghanistan. That conflict has become the archetypal conflict without an end, and the core problem of American military involvement in Afghanistan is policymakers’ indecision. Without a clear discussion of what the US is aiming to achieve in Syria or an awareness of what American forces actually can achieve there, Tillerson’s Syria strategy risks embedding American soldiers in another neverending conflict which exacerbates the very problems it was supposedly intended to solve.

Perhaps the most unsettling feature of the new policy is that it looks designed to justify American involvement in Syria  for the next several decades. Without a clear endstate, the inevitable bloodshed and resources wasted become exponentially more unjustifiable. Tillerson makes no mention of troop limits either, and without a central Syrian government to sign a status of forces agreement (SOFA), there is nothing to regulate or prevent a surge like Iraq or Aghanistan. Indeed, the uncertainty that Secretary Tillerson’s Syria policy evinces mirrors the continuing Congressional debate over the Authorization of Military Force (AUMF), the controversial source of legitimacy for all military force relating to counterterrorism operations on which the US government has relied since its passing after the 9/11 attacks (for a history of the AUMF controversy, see the National Security Law Podcast).

Despite testimony from Secretaries Mattis and Tillerson in August, the AUMF debate is mired in political uncertainty and reflects the deep divides in Congress over continuing American military action abroad, especially in the counterterrorism fight. Secretary Tillerson’s Syria policy exemplifies both the obstacles to articulating coherent security policy in Washington on the one hand, and Congress’s unwillingness to define America’s role in the Middle East. Even a narrowly-defined counterterrorism policy, as some suggest motivated the Obama administration and now guides the Trump camp, fails to account for the political and economic roots of terrorism. Secretary Tillerson and the Trump administration should look to resolve these controversies within Congress, but they should also recognize that embracing half-measures in the meantime opens the door to the kind of dangerous consequences America has witnessed in Afghanistan. Worse, the administration’s inability to articulate a clear strategy signals a failure to grasp the lessons we should have learned from protracted conflicts in both Iraq and Afghanistan.

Ultimately, US policy in Syria (and in the broader counterterror fight) cannot be strictly military, and must include integrated use of diplomatic and humanitarian policies to address the realities fueling nefarious actors in Syria. 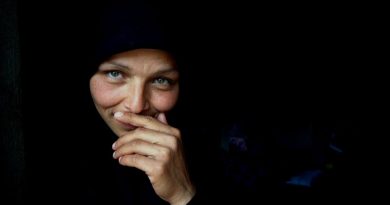 Art in Antep: An activist’s collaborative spurs creative connections on the border with Syria

August 25, 2016 Comments Off on Art in Antep: An activist’s collaborative spurs creative connections on the border with Syria 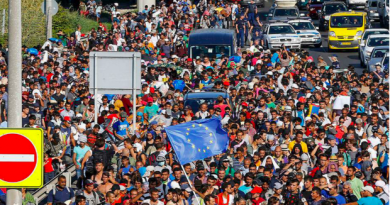 From Liberia to Syria: The Diaspora Project

November 24, 2015 Comments Off on From Liberia to Syria: The Diaspora Project