Home > Analysis > The cycle of crime and civil war in Libya 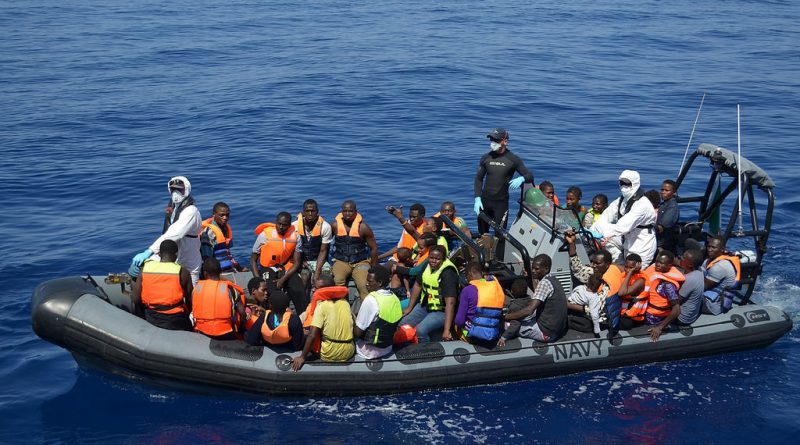 Since the fall of Muammar al-Qaddafi in 2011, Libya has become a hub of instability in North Africa. This instability impacts not only Libya but also has clear implications for the entire African continent, as well as Libya’s European neighbors to the north. The migration crisis is one such manifestation of this trend. Since 2014, Libya has been the gateway for migrants hoping to reach Europe. Hundreds of thousands of migrants from the Middle East and Africa  have reached Italy from Libya. However, in August 2017, arrivals from Libya dropped by a staggering 86 percent as a result of deal between Italy and the Libyan government.  This deal enlisted the assistance of the two biggest militia groups in the coastal city of Sabratha, a major departure point and hub for traffickers. These militias, the Anas al-Dabbashi brigade (also known as al-Ammu) and Brigade 48, had been heavily involved in the trafficking of migrants across the Mediterranean. However, under this deal, they would receive money, equipment, and boats in exchange for their help in preventing migrant boats from leaving the Libyan shore. The deal, and subsequent violent clashes, demonstrate the lucrative opportunities that insecurity offers for non-state armed groups, as well as the difficulty of divorcing militia engagement in criminal activities from ideological battles in Libya’s civil war. As the United Nations Support Mission in Libya (UNSMIL) seeks to strengthen policing and the rule of law in Libya, it is paramount that such efforts aimed at improving governance in Libya address the roots of instability that fuel both criminality and violence.

Militia participation in lucrative activities is a feature of Libya’s post-2011 political and security environment. Local militias formed along geographic, as well as familial, fault lines in the wake of Muammar Qaddafi’s ouster. Many militias were heavily armed from participation in the revolt against Qaddafi’s forces. Due to a weak transitional government, militias became the most effective local providers of security and, consequently, were reluctant to surrender their weapons.

Additionally, the transitional government failed to disarm and integrate militias into a national structure. The government formed umbrella security institutions, like the Supreme Securities Committees and Libya Shield, and paid salaries to militias that registered under these institutions. The provision of salaries and the absence of alternative economic opportunities resulted in a swelling of militias’ ranks. Yet despite registering under these security institutions, many militias maintained their autonomy and neither dissolved nor disarmed. According to some estimates, there are around 2,000 militias in the country, however the credibility of such external estimates is uncertain—while one can identify a handful of powerful militias, many of which are aligned with prominent Libyan cities or families, the proliferation of small arms in Libya has produced a more complex “constellation of tribal and regional militias.” Ultimately, Libya’s transitional government exported the maintenance of security to distinct armed groups, affording them a semi-legalized status.

Furthermore, the 2014 split between rival governments in the country’s east and west strengthened the position of militias. As a result of widespread insecurity, some foreign companies turned to militias to safeguard interests on Libyan soil. For example, in 2015 Libya’s National Oil Corporation (NOC) and the Italian oil giant Eni hired Anas al-Dabbashi, one of the militias involved in the Sabratha clashes in western Libya,  to guard the Mellitah oil and gas terminal, which NOC and Eni jointly operate. Such agreements conferred greater legitimacy upon the militias, provided them with geographic areas of authority, and delivered financing to enable operations.

Libyan militias also drew financing from illicit activities, such as arms trafficking and human smuggling. Militia clashes in Libya’s oil crescent in the spring of 2017 demonstrated how the seizure and control of oil ports could serve as an avenue for armed groups to assert political leverage. While some militias are aligned with Libya’s rival governments, others are simply taking advantage of the power vacuum and instability that emerged after Qaddafi’s downfall in order to boost their coffers and authority.

In Sabratha, for example, the smuggling economy offered militias critical financial returns. Notably, a June 2017 UN report identified the Dabbashi brigade as one of the main facilitators of migrant smuggling in the city. The August 2017 deal which enlisted Dabbashi to prevent smuggling threw off the balance of power in Sabratha. Dabbashi’s decision to shift its activities from smuggling to preventing departures was likely driven by more than just financial interests, as it greatly benefited from the smuggling trade. One Sabratha resident suggested the Italy-Dabbashi deal was attractive because it allowed the militia to garner legitimacy as “the only possible interlocutors to ensure city security and the only ones able to block human trafficking” from both Libya’s Government of National Accord (GNA) and Italy. Italy’s reported funneling of cash and logistical support to Dabbashi through the GNA therefore benefited all parties; the GNA appeared to exercise control over Dabbashi, the militia received political legitimacy, and Rome avoided accusations of direct engagement with armed criminal groups. In effect, the Italy deal turned “yesterday’s traffickers [into] today’s-trafficking force”.

However, while Dabbashi gained legitimacy from this deal, other militias engaged in migrant trafficking suffered. The prevention of migrant departures impacted the interests of the al-Wadi militia, whose smuggling activities and income were subsequently threatened. Al-Wadi and its allies reacted strongly to Dabbashi’s interruption of the smuggling trade; violence broke out, and al-Wadi succeeded in pushing Dabbashi out of Sabratha after several weeks of fighting.

The clashes are significant because they demonstrate the manipulation of national ideological narratives in local disputes in Libya. The fighting in Sabratha was not confined to Dabbashi and al-Wadi; alliances crystalized that reflected the broader ideological divide in Libya. Al-Wadi and its allies took advantage of an anti-terrorist narrative that is heavily propagated by strongman Khalifa Haftar, the key eastern leader in Libya’s east-west split. Haftar regularly labels his foes, including GNA officials, as “terrorists” in order to delegitimize their positions and bolster his credentials as a bastion against extremism.

It came as little surprise that al-Wadi, which has ties to Haftar’s forces, leveraged this anti-terrorist rhetoric against Dabbashi. Al-Wadi used the civil war narrative of a legitimate battle against extremists to counter the threat to its smuggling operation posed by Dabbashi and to undercut the rival militia’s legitimacy. As a result, the motivations behind the violence expanded from mere militia rivalries to ideological interests. The head of Sabratha’s Military Council summed up the clashes, noting that “this is a war that started between human traffickers, then snowballed into an ideological and political one”.

The clashes in Sabratha are symptomatic of the absent rule of law in Libya. The lack of policing and law enforcement has allowed powerful militias to proliferate and assume profitable positions through illicit criminal activity. The clashes in Sabratha are all the more notable because they reflect a dangerous convergence of criminal interests and the ideological battlespace. Libya’s conflict requires a political solution, a goal that UNSMIL has been working towards with limited success since 2014. Establishing an effective police force and responsible judicial system, is crucial. However, this latest initiative by UNSMIL must also work towards breaking down the profitable cycle of crime and violence that prompts international stakeholders like Italy to pursue deals with militias, thereby reinforcing their strength. Capacity building and policing services are necessary, but any progress will require a serious effort to address the burgeoning criminal incentives that have arisen from Libya’s ongoing civil war. 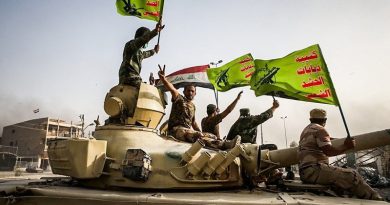