Home > Analysis > The IMF and economic injustice in Tunisia 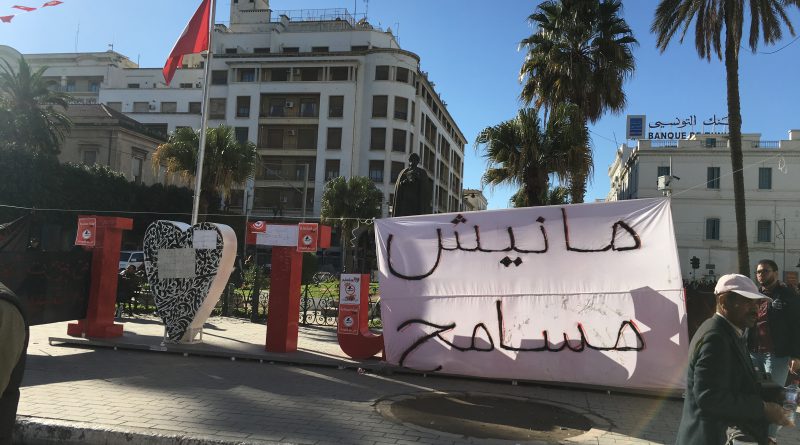 When Tunisians took to the streets in protest in early January, the target of popular anger seemed clear: the democratically-elected Tunisian government, which had voted in December to pass the controversial 2018 Finance Law that went into effect on January 1. Lower- and middle-income Tunisian families – already struggling to make ends meet in a suffocating economic environment – were hit hard by increases in taxes and the prices of basic commodities like food and fuel.

Protesters initially demanded the repeal of the Finance Law, which was perceived as the latest and most powerful symbol of economic injustice against ordinary Tunisians. At the same time, many protesters recognized that the roots of economic injustice in Tunisia stretch deeper than this law. Most saliently, the public was becoming increasingly aware that the Finance Law was not crafted solely by Tunisia’s elected representatives – the International Monetary Fund (IMF), which has loaned Tunisia massive sums of money since 2011, contributed heavily to the legislation. The three IMF loans to Tunisia have all come with “economic reform” requirements. In December of 2016, a $320 million tranche of the loan was delayed due to Tunisia’s lack of progress on these reforms, and was only paid out in April of 2017 following an agreement between the IMF and Tunisia’s finance ministers. Since then, the IMF has continued to play an active role in crafting Tunisia’s economic policy.

And so, a fierce disagreement has arisen in recent weeks over who is responsible for deeply rooted economic injustice in Tunisia, of which recent protests are a symptom. On one side of the debate are Tunisian experts on economy and public policy, led by the Tunisian think tank L’Observatoire Tunisien de L’Economie (Tunisian Observatory of Economy), who argue that the IMF reform requirements are suffocating Tunisia’s economy and placing an undue burden on its most vulnerable citizens. On the other side, IMF spokespeople are desperate to defend their institution’s self-defined role as the champion of economic growth and prosperity, with a neoliberal flair.

Does the Tunisian government have the power to simultaneously meet IMF loan requirements and restructure its economy in order to increase fairness and equity? Or are its hands tied by its commitments to the IMF and other international lenders? Are the goals of the IMF in line with the best interests of the Tunisian public? The disagreement currently unfolding in Tunisia raises fundamental questions about Tunisia’s autonomy, as well as the role of international financial institutions in developing world economies.

A brief history of the IMF and developing economies

The influence of the IMF in the global economy has increased significantly over the 73 years since its birth at the Bretton Woods Conference at the end of the Second World War (alongside its partner institution, the World Bank). The victors of the Second World War wagered that increased international cooperation would play a key role in regulating the kinds of economic shocks that had led to the Great Depression in the 1930s. In its own words, the IMF was designed to “ensure exchange rate stability and encourage its member countries to eliminate exchange restrictions that hindered trade.” More simply put, it was designed to regulate the international financial system.

In the 1970s, the IMF began to initiate programs intended to help the world’s poorest economies deal with their balance of payments by providing “concessional funding” – i.e., giving loans with a period of no interest rates. This policy marked the beginning of the IMF’s expanded role in crafting economic policy in developing economies, which is the same role we see the institution playing in Tunisia today. The most notorious of these concessional funding programs is the Structural Adjustment Facility launched in 1986, the name of which has become synonymous with IMF overreach into the domestic economic policies of developing world countries.

A key tenet of IMF concessional funding programs is their conditionality: funding is given in exchange for complying with economic policy reforms, which usually center on promoting a free market. Cutting public spending in order to achieve a balanced budget – also known as austerity –  is a standard condition imposed on a developing country receiving an IMF loan. Due to these conditions, structural adjustment programs (SAPs) have been heavily criticized for their negative impact on developing economies. While supporters say the reforms contribute to long-term growth and macroeconomic stability, critics question their effectiveness. (These programs are notoriously difficult to evaluate). Because of the power imbalance inherent to the relationship between the IMF and a developing country, it is understandable that SAPs would be considered tools of neo-liberalism and neo-imperialism.

Tunisia and the IMF

The Tunisian revolution of 2011 and ensuing democratic transition created an environment of uncertainty that was compounded by regional instability and several major terrorist attacks in 2015. In a context of economic crisis and major political transition, Tunisia was pressured into accepting massive loans from the IMF (in 2011, 2012, and 2016), with little realistic option for negotiating their terms. Each of these loans has come with requirements for reforms, such as cutting public spending in order to balance the budget, devaluing the dinar, and increasing the independence of the central bank.

In mid-January of this year, the widespread protests across Tunisia drew international attention to the ongoing economic struggles of lower-and middle-income Tunisians. Many of the protesters were affiliated with the movements Fesh Nestennew? (What are we waiting for?) and Manish Msamah (I will not pardon), the latter of which was formed in opposition to the controversial economic reconciliation bill passed this fall. Organizers and activists called for the repeal of the Finance Law and for the Tunisian government to take more measures to protect Tunisia’s poor. Frustration mounted as the government refused to reconsider the law, and many Tunisians began to see the extent to which the IMF was involved in shaping it.

On January 17th, Jihen Chandoul, an analyst at the Observatoire Tunisien de L’Economie, authored a searing opinion piece in The Guardian accusing the IMF of “choking Tunisia” with its reform requirements. Chandoul pointed to the IMF’s eagerness to loan money to Tunisia and the other so-called “Arab Countries in Transition” (Morocco, Jordan, Yemen, and Egypt) to guarantee their stability, and also – equally important to the IMF – to prevent them from “questioning the neoliberal model.” She writes: “The IMF and others took advantage of the unstable situation and the weaknesses of those countries” to force them to accept loans with heavy conditionality.

Chandoul’s accusations resonated with many Tunisians who resent IMF interference in their domestic politics. Beyond questions of autonomy, it is unclear whether IMF reforms – namely, the devaluation of the dinar – even constitute sound economic policy. The Observatoire had already published a report in October 2017 arguing that the falling value of the dinar was negatively impacting the national budget deficit, and thus contributing to a “vicious cycle” in which “each devaluation of the dinar ordered by the IMF leads to an increase in the trade deficit that in turn leads to a greater devaluation of the dinar.”

Tunisia is a net-import country. And thus, Chandoul explains in her op-ed, devaluing the dinar with the goal of encouraging exports at a time when Tunisia’s main export industries – tourism and phosphates – are in crisis significantly raises the cost of imported goods and therefore the cost of everyday living for Tunisians. The recommendation is clear: the IMF should stay out of Tunisia’s economic policy.

The IMF’s response to Chandoul

Chandoul’s op-ed – both her argument and her anger – resonated strongly. The next day, the IMF Head of Communications Gerry Rice responded to Chandoul’s argument, stating, “The IMF does not advocate austerity. We advocate well-designed, well-implemented, socially-balanced reforms.”

The claim that “the IMF does not advocate austerity” is confusing, if only because the cuts to public spending that the IMF required of Tunisia before it would pay out the second tranche of its loan installment widely fit the existing definition of an austerity measure. As prominent Tunisian social media commentator, Mohammed Dhia Hammami, Tweeted in response to Rice’s statement, “I wonder how they (the IMF) define austerity if it’s not about the reduction of the budget deficit and freezing salaries of thousands of people. This is how the IMF defines its goal in its last report. Backing #LF2018 is backing austerity.”

Will IMF reforms work for Tunisia in the long run? If history is any lesson, no. IMF and World Bank policy is notoriously hard to judge because of the counterfactual problem – it is hard to measure how economies would have fared without IMF/WB intervention. The most comprehensive study evaluating the effects of IMF policy was published in World Development in 2001 and pointed to major flaws in the programs, arguing that the IMF’s record is “not good,” and that while it would be unwise for the IMF to stop lending altogether, their programs need to be “redesigned and refocused.”Researchers Pamela Abbott and Andrea Teti recently published an article building on this critique: “In our view, Tunisia’s austerity has been counterproductive and will continue to be.”

A conversation worth having

The stakes of the debate over the IMF’s role in Tunisia’s current economic situation – from the perspective both of justice and of economic policy – are high for Tunisians. Public confusion about IMF orthodoxy has become a commonplace in development discourse. In recent years, the IMF’s seemingly omnipotent power over developing economies, as well as the gap experienced between their stated mission of macroeconomic growth and stability and the real impact of their policies, has led to increasing disillusionment. Beyond Tunisia, this story is particularly familiar to Greeks and to citizens of the many sub-Saharan African countries whose economies were hurt by austerity measures in the 1980s.

The debate currently unfolding between Tunisian economists and policy experts and the IMF has global significance as it taps into one of the root injustices of the neoliberal economic era. Right now, Tunisia’s domestic economic policy is being crafted with the primary goal of meeting the reform requirements of an international financial institution that controls the purse strings of international lending rather than addressing economic realities for Tunisians. Governments like Tunisia’s have little choice: were the IMF to stop lending to Tunisia it would likely dissuade other international lenders, leaving Tunisia isolated and vulnerable in a delicate moment.

How Tunisia would have fared without IMF support in the wake of the 2011 revolution is nearly impossible to say. For now, this is not the most relevant counterfactual, given the realities of the international economic system. But how would Tunisia have fared with a loan with less conditionality? This is a better place for policy experts to begin. Critiques of the IMF’s role in Tunisia are not “misplaced”, as the IMF has claimed: rather, they are realistic and well-informed calls for a reevaluation of its effectiveness and legitimacy in developing countries from the people its policies most directly affect. 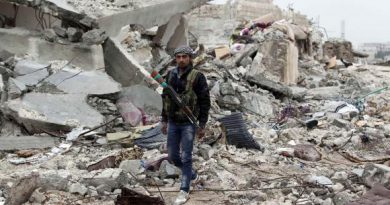 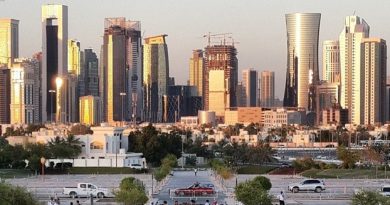