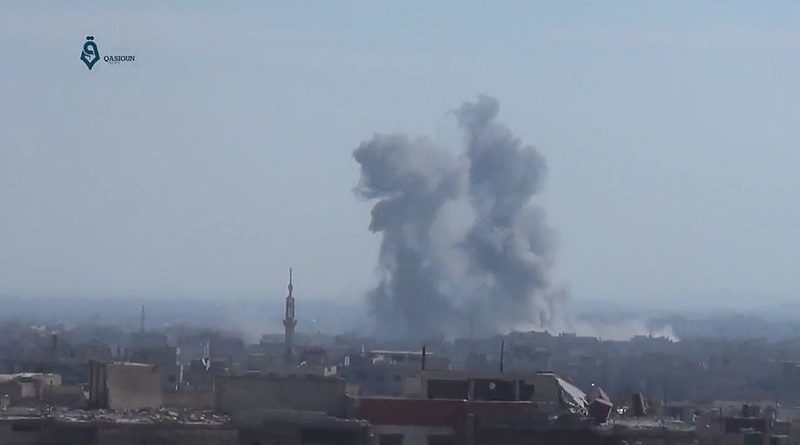 The battle for eastern Ghouta has reignited the debate over how to address the use and proliferation of chemical weapons in Syria throughout its civil war. The White House and U.S. Ambassador to the U.N. Nikki Haley have repeated threats to use force to deter Assad government-affiliated fighters from using chemical weapons. Damascus and Moscow are calling the administration’s bluff, calculating that public ambivalence, political fragmentation, and diplomatic turnover compromises the ability of the U.S. to act decisively in the international space.

In January, the Assad regime initiated the final stage of its campaign to eliminate rebel forces in eastern Ghouta, a collection of towns in the countryside outside Damascus. The brutality of the assault on the heavily civilian populated area flagrantly disregards international pressure to protect civilians and has prompted comparisons to the battle for Aleppo, a bloodbath rife with civilian casualties that culminated in the re-establishment of government control. Although fighters have been offered the chance to leave eastern Ghouta, as in Aleppo, there is no longer a clear safe haven to which they could flee. Combined with the regime’s systematic denial of humanitarian aid, the conditions there have become increasingly unlivable as the death toll continues to climb.

In the face of such destruction, largely carried out with conventional weapons, the assault on eastern Ghouta has again raised the specter of chemical weapons use. The United States asked the U.N. to initiate new inquiries into the use of chemical weapons after chlorine gas was deployed against rebels in civilian areas of eastern Ghouta in January and February (a practice which allegedly continues). The Trump administration was quick to follow up on the U.N. request with the threat of military force, including a warning from U.N. Ambassador Nikki Haley and stern comments from Secretary of Defense James Mattis. The threats allude to the White House decision to strike Shayrat Airfield in Homs last year after reports surfaced of an Assad regime sarin gas strike on civilians in Khan Shaykoun. In that case, the U.N. body charged with investigating chemical weapons use in Syria, as well as the U.S. intelligence community, found that the Assad regime was to blame for the use of sarin gas despite the regime’s protestations to the contrary. The difference in the eastern Ghouta case is the Russian factor. Moscow pledged a military response in the event of a U.S. strike on the Assad regime, highlighting Russia’s dedication to buying operational space for the Syrian government.

The use of chemical weapons evokes justified outrage from the international community. Chemical weapons are a tool of fear and intimidation, the devastating effects of which are felt most acutely by civilian populations and inadequately equipped, irregular forces like the Syrian opposition groups. Syria’s pursuit of chemical weapons dates back to its defeats at the hands of Israel in the 1967 war and the Israeli occupation of the Golan Heights. Syria’s existential anxiety grew stronger after the 1973 October War and the 1982 Israel-Lebanon conflict, heightening the Syrian regime’s perceived need to level the playing field with Israel. For the Syrian Army, chemical weapons – not to mention its biological weapons arsenal – were undoubtedly a step on the path to military modernization. At the same time, they may also have been motivated by a desire to redress Syria’s strategic imbalance with Israel, though such analyses remain speculative due to a lack of explicit commentary from the Syrian government. The Syrian Army may have hoped that chemical weapons would elevate the threat it posed to the Israel Defense Force (IDF), and certainly enhanced the threat of a Syrian chemical strike on Israel’s civilian population in the event of another defeat. Chemical weapons held a two-fold value for the Syrian Army – deterrence of internal dissent by irregular armed groups, and external intervention by a state actor such as Israel.

History has shed light on the shortcomings of the chemical weapons doctrine that the Syrian Army articulated in the 1970s and 1980s. Effectively trained and equipped forces, such as the IDF and the U.S. military, possess the gear and training to fight on in the face of chemical weapons (using specialized suits to protect from chemical exposure). The chemical weapons capabilities of the Saddam Hussein regime, for example, did not dissuade an American invasion. Nuclear capabilities, however, do confer a dramatic advantage to their holder, and represent a sufficient threat to justify intervention aimed at preventing their development – as witnessed in the Israeli strike on Syria’s covert nuclear facility in Deir Ez-zor in 2007.  Chemical weapons, therefore, only retain utility against forces that lack the resources and training to counter them. Their purpose, in such situations, is to break the will of the targeted population.

The Syrian government is now claiming to uncover caches of rebel-made chemical weapons intended to tarnish the reputation of government forces. Amid cries to hold the government to task for its use of chemical weapons on civilians, Damascus is continuing to muddy the waters and complicate the spread of information. Doing so aims to undermine the charges leveled at the Assad government, in the hopes that international scrutiny will descend into hearsay, leaving the regime free of consequences despite extensive documentation of the government-sanctioned chemical weapons program and the seniority of the officials involved in authorizing its use.

The Assad government and its Russian allies feel secure in pushing ahead with the eastern Ghouta operations and with the use of chemical weapons because they are both aware that the threat of American action is not likely to bear fruit. The practice of arms control is a highly delicate diplomatic endeavor, as demonstrated by the 2013 disarmament effort after an earlier chemical weapons attack on eastern Ghouta. In the current political climate, however, the threat of chemical weapons lacks the urgency that a fledgling nuclear program commands because chemical weapons do not confer notable battlefield advantage to their user. Without the direct threat to American forces, and without the need to clear space for U.S. or allied troops to operate, the White House is unlikely to authorize another punitive strike against the Assad regime. Even if it did, the experience of the American strike on Syria’s airfield in Homs taught the Assad regime that the U.S. will make a show of force, but will go no further to prevent chemical weapons use.

The Assad regime and Moscow are calling the White House bluff on chemical weapons use. The White House needs to recognize that arms control is a primarily diplomatic endeavor, one that requires sufficient political space to operate effectively. That is not possible in the midst of a bloody civil war, especially not where Damascus perceives Washington as its adversary. Seeking to address the use of chemical weapons before securing an end to the conflict places the cart before the diplomatic horse. Rather than making threats it cannot realistically enforce, the administration should expend the diplomatic capital necessary to foster and end to the conflict. 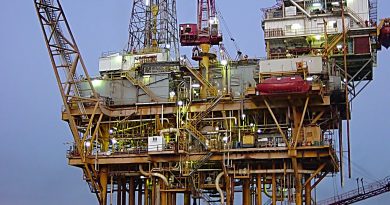