Egypt’s military says that its forced killed Naser Abou Zaqoul, a man they identified as the leader of ISIS  in the Sinai Peninsula. Colonel Tamer el-Rifai, a military spokesman, said in a statement that Zaqoul has been killed in a shootout with Egyptian troops in central Sinai last week. The news came days after eight Egyptian soldiers were killed and fifteen wounded when militants wearing explosive belts blew themselves up while attempting to infiltrate a military base in central Sinai.

A young teenage boy, Muhammad Ayoub, was killed by the Israeli Defense Forces (IDF) on Friday, April 20th in Gaza. His relatives and the Gaza health authorities initially said that he was 15, but his identification card showed that he was 14. Muhammad had tried to join the protests which have occurred in Gaza over the past four Fridays to bring attention to the continued 11-year blockade of Gaza and the Palestinians’ right to return to their homelands in what is now Israel, from which over 700,000 Palestinians were displaced in 1948.

American-Israeli actress Natalie Portman announced that she would not attend an awards function in Israel in protest of the presence of Israeli Prime Minister Benjamin Netanyahu, who was due to speak at the event. Ms. Portman, who is Jewish, had been selected to receive the Genesis Prize, an award colloquially known as the “Jewish Nobel,” for her “outstanding professional achievement [and] commitment to Jewish values and the Jewish people.” However she decided to skip the ceremony to avoid appearing to endorse Netanyahu and as a stand “against violence, corruption, inequality, and abuse of power.” Her stance provoked intense public debate in Israel, with some lauding the move, while others condemned it as anti-Semitic.

The Assad government continued its assault on rebel enclaves in the suburbs around Damascus, seeking to consolidate gains made in Eastern Ghouta. On April 22nd, government forces intensified their bombardment of the suburb al-Hajar al-Aswad, which is held by fighters allied with ISIL and Nusra Front. The fighting killed at least two civilians in the neighboring suburb of Yarmouk, a Palestinian refugee camp south of Damascus, and has trapped hundreds more. Syrian rebels continued to evacuate over the weekend.

Meanwhile, the United States continued to trade barbs with Damascus and Moscow after the April 13th joint American, British, and French strike on Syrian chemical weapons facilities.  On April 19th, US State Department spokeswoman Heather Nauert charged Russia and Syria of attempting to “sanitize” the chemical attack site in an effort to interrupt the efforts of international monitors to inspect the area.

The Organization for the Prohibition of Chemical Weapons (OPCW) reported that it has acquired a sample from the site of the chemical weapons attack in Douma, and will soon begin testing those samples. In response, Moscow announced  on April 20th that the American strike on Syrian facilities had removed Russia’s “moral obligation” to withhold advanced missile defense technology from Damascus. Russian Foreign Minister Sergei Lavrov said that Moscow will move ahead with plans to deliver the S-300 missile defense system to the Assad government.

Around 500 Syrian refugees have returned home from the Shebaa area in southeast Lebanon last week. Lebanese authorities organized 15 buses to the pro-Assad Beit Jinn district, southwest of Damascus without the involvement of the United Nations High Commissioner for Refugees. Some Lebanese politicians have called for more of the Syrian refugees to return to calmer parts of Syria, but the United Nations has said that no one should be forced to return against their will.

A parliamentary candidate, Ali al-Amine, who will compete against Hezbollah in Lebanon’s elections on May 6th, was assaulted in his hometown of Bint Jbeil, in the country’s Shiite south. The suspects in the attack are presumed local members of Hezbollah. Long the dominant political party in Southern Lebanon, Hezbollah is expected to face challenges at the polls next month, which some observers say is a result of the party’s overemphasis on war in Syria and deteriorating social programs. Other observers predict the Iranian-backed Hezbollah will be the primary beneficiary of the changes enacted by a new electoral law, which is  intended to reduce national parties’ monopolies over politics at the local level, potentially fracturing parliamentary blocs.

Over the weekend Iraqi F-16s struck ISIS targets in the Syrian city of al Bukamal, near the Iraqi border. The Iraqi government stated the move was conducted in coordination with “the Syrian side”, presumably the regime of Bashar al Assad including his Russian and Iranian backers. The move comes ahead of the May 12th elections, which are the subject of intense debate among Iraq’s political and religious leaders. The elections are also the local manifestation of a partial rapprochement between regional Sunni and Shia power brokers, best embodied by Shia cleric Muqtada al Sadr’s 2017 visit to Riyadh and Abu Dhabi. Al Sadr commands a large portion of the working class Shia vote, and has publicly criticized the Abadi government for allowing external actors (including Iran) to meddle in Iraq’s domestic political affairs.

On April 22nd, the Turkish Supreme Board of Elections (YSK) approved Meral Akşener’s nationalist opposition İyi (Good) Party to run in the upcoming snap elections after 15 members of the secular opposition Republican People’s Party (CHP) joined the İyi Party to allow it to qualify. The snap elections will be held on June 24th, and the opposition is scrambling to assemble a challenge to Mr. Erdoğan’s Justice and Development party (AKP) and its allies in the Nationalist Movement Party (MHP). The elections will take place under a continued state of emergency, which Turkey moved to extend on April 18th.

Ahead of the elections, Germany, Austria, and Holland have banned Turkish politicians from campaigning in their countries. The announcements echo previous decisions by European nationals to limit the ability of Turkish politicians to campaign for domestic Turkish elections among diaspora communities in Europe.

On April 23, a Saudi-led airstrike on a wedding party killed more than 20 people and wounded dozens of others, including the groom. Rescue workers struggled to reach the wedding party because of the difficult surrounding terrain and because fighter jets were still in the air, prompting fears that the strikes were not over. An official from the Saudi-led coalition told Reuters that it was taking the report “very seriously” and would investigate. The United Nations has criticized Saudi Arabia for its continued strikes on sites with many civilians, like weddings and markets.

Last week, Saudi Arabia opened a commercial movie theater for the first time in over 30 years for an invitation-only screening of the movie “Black Panther.” The V.I.P. guests included government ministers, social media stars and at least one princess. AMC Entertainment, which opened the theater, says that it plans to open at least 40 cinemas in 15 Saudi cities in the next three to five years, he said, and would like to open more than 100 in the next five to 10 years. 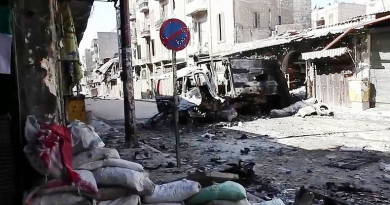