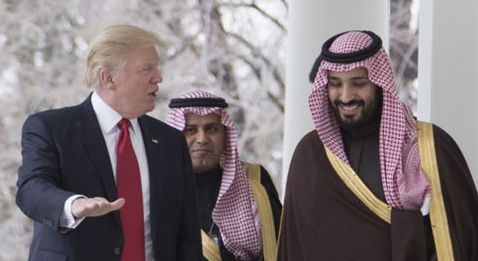 Op-Ed
December 4, 2018February 27, 2019
Adham Sahloul
Adham Sahloul is a Master's candidate at the Fletcher School studying International Relations and the Middle East. He tweets at @AdhamSahloul.

The murder of Saudi Arabian columnist Jamal Khashoggi on October 2nd in the Saudi consulate in Istanbul has been a clarion call for the Washington foreign policy community, one that is redefining the United States’ relations with the Saudi Kingdom and, by extension, US strategy in the Middle East. The Khashoggi affair will outlive President Donald Trump; the reputation of Saudi’s leadership is beyond repair, and with Global Magnitsky sanctions and the newly proposed bipartisan Saudi Arabia Accountability and Yemen Act, the US Congress appears ready to act where the executive has fallen short. The CIA has concluded that Saudi Arabia’s Crown Prince Mohammed bin Salman (MbS) ordered Khashoggi’s murder. Trump, who has threatened “severe consequences” for whomever is found responsible, seemed over the past month to be looking for a way out of naming, shaming, and punishing MbS himself. In his statement on November 20th, Trump confirmed many observers’ worst fears about this president’s worst instincts, saying that US security, economic, and political interests transcend this incident. For a sitting US president to balk at the notion of holding an ally accountable and making even a symbolic effort to address such a gruesome crime with clear chains of responsibility constitutes a new low in US foreign policy.

Trump’s statement on the murder of Jamal Khashoggi is worth examining for the baldness of its cynicism and perhaps unprecedented about-face on human rights. Since the Cold War, if at times only nominally, the US has emphasized human rights as a foreign policy tool to promote democratic governance and punish outliers. Beginning with “America First!,” the current administration yet again signaled to the people of the Middle East and elsewhere that for President Trump, the checkbook speaks loudest.

President Trump spoke about why his administration views Saudi Arabia as important, a view that does not differ overmuch from his predecessors. Riyadh is a major purchaser of US arms and an investor in the United States. Saudi Arabia has also cultivated its role as an ally to Washington in the fight against Iran, and is critical to the stability of the global energy market. At  the same time, Trump’s statement seemed meant to mislead and deflect through selective omission. Iran is indeed a rogue state that empowers the genocidal Assad regime in Syria and supports transnational crime and terrorist networks. It is also correct in connecting Saudi Arabia and the United Arab Emirates’ war in Yemen to the existential threat on Saudi’s southern border posed by Iranian-backed Houthi forces in Yemen. However, Trump makes no reference to Saudi Arabia’s responsibility for war crimes and for the humanitarian disaster that has befallen Yemen. It so happens that the Trump administration’s national security strategy, which emphasizes containing Iran, dovetails with Saudi’s geostrategy. But what Trump’s statement, which paraphrased the narrative of Saudi lobbyists in Washington, drove home was that the US should not go out of its way to hold allies accountable when they murder journalists and imprison women’s rights activists if said allies align with White House policy objectives.

Whataboutism is now a feature of White House communications and serves as President Trump’s knee-jerk reaction to any question about human rights. There is an argument to be had in good faith about how the US can claim moral standing in influencing other nations, such as Saudi Arabia or Iran, to observe liberal democratic norms while others, including the US, have violated human rights and undermined international law. The United States’ commitments as a great power make it an imperfect advocate for human rights, but the role of the United States and the multilateral institutions it helped foster continue to positively impact human rights and international development. President Trump, however, displays not even a nominal interest in the role the US plays in supporting these norms, opting for open clientelism as his foreign policy while resisting the kinds of investments and sacrifices that have advanced international human rights causes.

Trump also emphasized in his statement that Saudi Arabia has pledged billions of dollars to fight “Radical Islamic Terrorism.” However, through its global evangelism of the state Wahhabi ideology, Saudi Arabia is responsible for promoting a brand of Islam that opposes pluralism and democratic ideals. It has long been part of the problem on terrorism, with state-funded religious institutions providing theological cover for sectarian and anti-democratic indoctrination. The royal family’s support for counter-revolutionary suppressions during the 2011 uprisings in Bahrain and Egypt have done little to address the socioeconomic and political factors that  create the civil conflicts and security vacuums driving violent extremism. Public relations firms and Saudi-funded institutions push a narrative, particularly around MbS, aiming to rebrand the arsonist as a firefighter. While the Saudi government has cooperated with the U.S. on intelligence-sharing, terror finance regulation, and arresting supporters of Al-Qaeda and the Islamic State since 9/11, much of what constitutes Saudi counterterrorism attempts to construct a strategic narrative that ingratiates itself to US counterterrorism policy. The latest version of Saudi Arabia’s self-image as a champion of counterterrorism is the manufactured air of religious reform around the young crown prince, though it is unclear how the Kingdom’s much-hyped Vision 2030 economic diversification project will confront entrenched religious institutions, the relationship from which the royal family has historically drawn popular legitimacy. This message seeks to enforce a Saudi-led regional order, which its leaders market as favorable to bottom-line US interests. In that framing, it becomes acceptable for autocrats to maintain a lid on the region’s peoples in the name of stability.

The November 20th statement from Trump, therefore, was a godsend for MbS and his father, King Salman, because it offers them  political cover from the White House against punitive U.S. action , at least for now. It was also a reminder of how the Trump administration’s transactional view of international relations threatens global human rights.

The world in which Jamal Khashoggi was murdered did not appear overnight. Khashoggi wrote about that world in his last column, published posthumously by the Washington Post. Khashoggi described a new “Iron Curtain” draping the Arab world, characterized by the severe repression of political freedoms while the international community remains unwilling to intervene. The world has witnessed at least 85,000 Yemenis starve to death by the Saudi-UAE coalition, Bashar al-Assad use chemical weapons against the Syrian people, and Abdel Fattah el-Sisi crush dissent in Egypt, all with impunity. MbS believed that he could order the murder of anyone, even a US permanent resident and respected columnist, because he believed he had a loyal friend in Washington.

On November 28th, the US Senate advanced a bill that could end US support for the Saudi-UAE intervention in Yemen. The White House is clear on its stance, but Congress and the American people have an opportunity, through legislation and in the ballot box, to relay a different message. The current moment is a political opportunity for all in Washington to audit the US-Saudi relationship, and Congressional oversight on Khashoggi-related sanctions will continue to keep pressure on MbS. It is also a time in which Western human rights monitors, journalists, and concerned citizens can push for  press freedom and women’s rights in the Kingdom and scrutinize the humanitarian toll in Yemen. Imagine being a citizen of the Middle East waiting for your country’s moment in Washington. 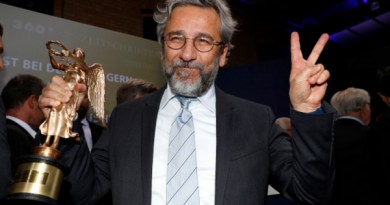 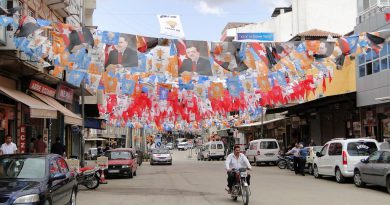 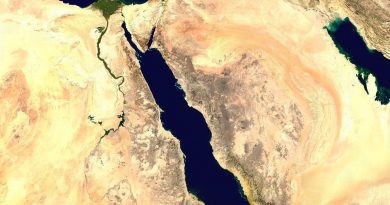 The glass half empty: Water in the Middle East

February 12, 2017 Comments Off on The glass half empty: Water in the Middle East