Home > Event Review > Event review: an ambassador without a country 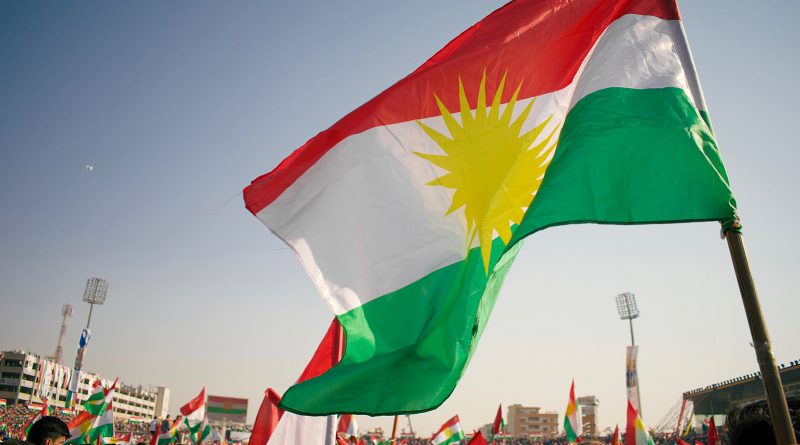 On November 30th, Kurdistan Regional Government (KRG) Representative to the United States Bayan Sami Abdul Rahman and HLS LL.M candidate Rez Gardi discussed the recent political dynamics in Iraqi Kurdistan. The two focused on the outcomes of the KRG’s 2017 independence referendum, as well as the current leadership dynamics between Kurdish officials in Erbil and the Iraqi federal administration in Baghdad.

The KRG achieved autonomy within the Iraqi state in 1970, and gained recent fame as a prominent U.S. partner in the fight against the Islamic State (Daesh). The Kurdish armed forces, also known as the Peshmerga (“those who face death”), successfully defended the KRG between 2014-2017, the years in which  Daesh posed the greatest threat to Iraq’s security. In 2017, the Peshmerga played a leading role in the liberation of Mosul, coordinating with coalition partners and Iraqi army forces to retake the city from Daesh fighters. As Iraq’s second largest city, Mosul is known for its oil rich areas – a key factor motivating Daesh to seize the city in 2014. Under Daesh occupation, the city’s diverse ethnic and religious groups suffered. Furthermore, as Rahman noted, the Kurdistan Regional Government hosted 1.8 million refugees and internally displaced persons who fled the conflict.

On September 25th, 2017, amid controversy and international disapproval, KRG President Masoud Barzani attempted to capitalize on the momentum of the anti-Daesh campaign to secure greater Kurdish autonomy before the central government could reassert itself in the wake of defeating Daesh. Barzani held an independence referendum that was roundly condemned by Turkey and Iran, both of whom feared that Iraqi Kurdish independence would fuel nationalist claims among their own Kurdish populations. Prior to the vote, the federal government of Iraq announced its own disapproval of the referendum, and Saad al-Hadithi, the Iraqi Prime Minister’s spokesman, openly opposed the KRG’s plan to hold a referendum. In al-Hadithi’s statement, the Prime Minister’s office pointed to Iraq’s constitutional provisions and declared that any decision to hold a referendum should be an Iraqi decision.

Of the three million Kurds who participated in the referendum vote, an overwhelming 93% voted yes for independence. In her lecture and discussion, Rahman emphasized the 93% vote more than once to show how strongly Iraqi Kurds desired independence. Still, the referendum suffered from shortcomings – despite high expectations from President Barzani and the Democratic Party of Kurdistan (KDP), the political party to which Rahman belongs, the voter turnout did not exceed 72%. More importantly, the voter turnout in Sulaymaniyah Province, a province controlled by the Patriotic Union of Kurdistan (PUK), was only 55%, thanks to opposition groups’ decision to boycott the referendum. The low turnout in Sulaymaniyah, a key constituency in KRG politics, points to the tension and power struggle between the KDP and PUK. It is evident that within the Kurdistan Region of Iraq, the population remains split between a multitude of political parties. Although it is not clear that a plurality of Kurdish voters opposed independence per se, crucial segments of KRG politics disagreed with the ruling KDP over the timing and implementation of the referendum. According to members from both the PUK and Goran parties, the timing was unacceptable for pragmatic reasons: proceeding as quickly as Barzani wanted would cause a delay in and reduction of government salaries, specifically for civil servants and teachers.

Just days after the historic referendum vote, Baghdad and its partners began to take retaliatory measures against the KRG. International flights to and from the KRG were shut down, and according to Rahman, the region was economically choked by its neighbors as the international community remained silent.

On October 15th, 2017, Iraq launched an operation to retake Kirkuk, a city that many Kurds consider to be the cultural and historical capital of Kurdistan, and a city that Kurdish Peshmerga liberated from Daesh. Iraqi forces and Iranian-backed militias successfully seized Kirkuk, and then retook other disputed territories. By the time fighting ceased on October 25th, 2017, the KRG had lost almost all of the disputed territories, partly due to an agreement between the PUK and Baghdad, with significant Iranian pressure. Although the details remain murky, Iranian pressure proved decisive in convincing PUK-aligned Peshmerga units to abandon their posts and withdraw. The PUK agreed to withdraw from Kirkuk without notifying the KDP, unexpectedly leaving units of KDP-aligned Peshmerga fighters to fight against Iraqi government forces. Shortly thereafter, tensions between the KDP and PUK increased, and KRG President Masoud Barzani stepped down from his position.

In their discussion at Harvard, Rahman and Gardi discussed the consequences of the independence referendum for the current relationship between Kurdistan’s government in Erbil and the federal government in Baghdad. Since the 2017 operation in Kirkuk, Baghdad elected a new government. Iraq’s new Prime Minister, former Minister of Oil Adil Abdul-Mahdi, seems more willing to negotiate with the Kurds. On November 22nd, former Kurdish President Masoud Barzani and Mahdi met to discuss a new deal on Kirkuk’s oil, and according to Rahman, the two addressed pertinent issues, including the allocation of the Iraqi budget.

President Masoud Barzani is no longer President of the Kurdistan Region, but he does retain a great deal of influence there. Barzani continues to hold discussions about Kurdistan’s government formation, and his family members occupy top political posts, including the post of Prime Minister. According to Rahman, Barzani remains the leader of the KRG in all but name. That statement is hugely controversial in the context of the KRG’s fractious political landscape, which stands at a critical juncture in the aftermath of the failed independence referendum. Iraqi Kurdistan has witnessed a proliferation of opposition parties, some of which have made a significant impact in the region’s political scene. Under the leadership of Shaswar Abdulwahid Qadir, the leader of the New Generation Movement, many Kurds have moved away from the traditional KDP-PUK binary. Shaswar is known for his populist approach, and openly criticizes the KDP and PUK for corruption and human rights violations. The KRG opposition parties have also accused the KDP and PUK of voter fraud.

Due to the heterogeneous political arena, unity is vital for pushing Kurdish interests. Projecting unity is essential for fostering constructive dialogue between the KRG and Baghdad, which currently represents the only viable path to guaranteeing Iraqi Kurdish autonomy. Without this combination of internal Kurdish unity and transparent dialogue with Baghdad, the KRG will likely remain divided, and will continue to suffer from political and economic marginalization. If Masoud Barzani and the KDP do not embrace the growing political diversity of the KRG and engage with newcomers such as Shaswar, the KRG will struggle to define its own identity and protect its interests. 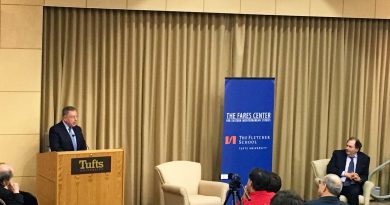