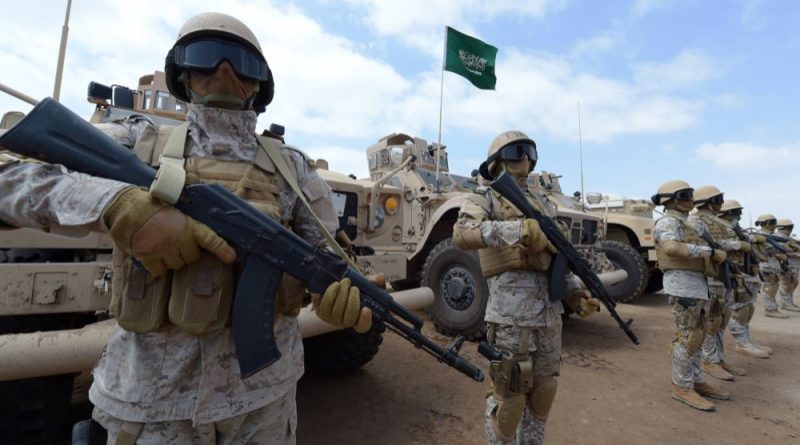 This is the first of a three-part essay series on the different paths the U.S. Congress might take to limit Washington’s support for the Saudi-led coalition in Yemen. Part 2, Part 3.

Congress is considering a range of options to express its displeasure with Riyadh after Saudi agents murdered prominent Saudi journalist and critic Jamal Khashoggi at the Saudi consulate in Istanbul in September 2018, and journalists and NGOs around the world continue to highlight human rights abuses perpetrated by Saudi-led coalition forces in Yemen. Of these options, the most notable is the Saudi Arabia Accountability and Yemen Act of 2019. Congress has already voted to condemn President Donald Trump’s unequivocal support for the Kingdom of Saudi Arabia: the Senate voted March 13th to end US support for the war in Yemen, echoing a measure that passed the House in mid-February. But, the Saudi Arabia Accountability and Yemen Act would go further still, sanctioning those in the Saudi government responsible for Khashoggi’s death and curtailing U.S. arms sales and military aid critical to the Saudi-led coalition’s war in Yemen. The White House vehemently opposes the bill. If it passes, President Trump is expected to veto it, just as he is expected to veto the Senate’s March and House’s February resolutions.

If Congress faces a Presidential veto, it will have two options: to try to override the veto by obtaining a two-thirds majority in both the House and the Senate, or restrict U.S. support for the Kingdom by enforcing current domestic law that the President cannot veto. Post 1 of this three post series looks at the origin and contents of the Saudi Arabia Accountability and Yemen Act. Post 2 identifies and describes the other laws Congress might use to restrain the Trump administration’s actions if the President vetoes the bill and Congress is unable to override the veto. Finally, post 3 analyzes how Congress could enforce the laws discussed in post two.

Taken together, these three posts show that passing the Saudi Arabia Accountability and Yemen Act of 2019 or similar resolutions is the best way Congress can sanction Riyadh. If the President vetoes this action, Congress’s next best option is to obtain the two-thirds majority necessary to override the veto. That is no small task. However, even without a two-thirds majority, Congressional representatives determined to hold Saudi Arabia accountable for its flagrant violations of international law could dodge the veto and limit the President’s actions by enforcing existing laws that nominally prevent the U.S. from supporting states that violate human rights.

Text and context: Congressional resolutions and the Saudi Arabia Accountability and Yemen Act of 2019

The origins and text of the Saudi Arabia Accountability and Yemen Act of 2019 are critical for understanding Congress’s goals. The bill enjoys a degree of bipartisan support that evidences Congress’s desire to rebuke Saudi Arabia. Re-examining the bill’s emergence also contextualizes how the Khashoggi murder became intertwined with the Saudi-led coalition’s war in Yemen in the eyes of Washington lawmakers.

On May 20th, 2017, President Trump announced a “historic” 110 billion dollar arms deal with Saudi Arabia that included a prolonged U.S. commitment to support Saudi Arabia’s defense needs. Despite skepticism surrounding the deal’s actual size and scope, the President claimed it would create thousands of new jobs. The U.S.-Saudi agreement also coincided with an economic forum hosted by the Kingdom, where U.S. business leaders made investment commitments to Saudi Arabia potentially worth more than 200 billion dollars over the next ten years. Investors were somewhat spooked when Crown Prince Muhammad bin Salman initiated a far-reaching corruption crackdown in October 2017 — many interpreted the crackdown as a thinly-veiled excuse for the Crown Prince to undercut potential rivals — but financial and political support for the Kingdom held firm.

That steadfast political and economic support for the Kingdom came under renewed pressure when Saudi agents flew to Turkey and killed and dismembered Jamal Khashoggi in the Istanbul Saudi Consulate on October 2nd, 2018. The Kingdom’s decision to kill Khashoggi shocked media outlets and observers around the world. In response to the killing, Germany suspended its arms sales to the Kingdom and joined France and the United Kingdom in a statement cautioning Saudi Arabia that they were treating the case with “the utmost seriousness.”

Khashoggi’s death also renewed public and international interest in the Kingdom’s military action in Yemen. Since 2015, Saudi Arabia and the United Arab Emirates (UAE) have led a military coalition of Gulf States against the Iranian-backed Houthi rebels in Yemen. Numerous credible reports have highlighted the catastrophic effects of the Saudi coalition’s bombing campaign, prolonged economic blockade, and torture of detainees. Specifically, the UN Office of the High Commissioner on Human Rights reported that it had “reasonable grounds to believe” the Saudi government (among others) has been responsible for human rights violations including rape, child recruitment, torture, and enforced disappearance, and may have also conducted attacks constituting war crimes.

Unlike its European allies, the United States did not take any significant actions or make any statements holding Riyadh accountable for Khashoggi’s death. The Senate pressured the White House to cool its relations with the Kingdom and restrict U.S. arms sales to Riyadh, but the President said canceling any arms deals would be “foolish” and issued a formal statement supporting Riyadh.

In response to the White House’s refusal to act, the Senate passed a bipartisan bill on December 13th, 2018, forcing the President to end American military assistance to the Saudi coalition’s war in Yemen. In order to become law, the bill had to pass the Republican-controlled House, which chose to bar a vote until the year’s end. However, the Democratic party won a majority in the House after the 2018 midterm elections, and the Senate Foreign Relations Committee promptly opened discussion on an identical bill: the Saudi Arabia Accountability and Yemen Act of 2019.

Title I of the proposed bill requires the Secretary of Defense and the Secretary of State, along with other key officials within the Trump administration, to develop a strategy to end the war in Yemen, present that strategy to Congress, and regularly report on the U.S.’s progress. Title I also suspends all arms sales to Saudi Arabia, prohibits the in-flight refueling of Saudi coalition aircraft, and demands that the executive impose sanctions on persons hindering humanitarian access and individuals supporting the Houthi rebels.

Title II of the act directs the President to impose sanctions on any Saudi government official or member of the royal family that the President determines, based on credible evidence, ordered or materially assisted in Khashoggi’s murder. Title II also instructs the Secretary of State to submit an unclassified report to Congress on Saudi Arabia’s human rights record.

In addition to trying to pass the comprehensive Saudi Arabia Accountability and Yemen Act, the newly Democrat-majority House passed H.J. Res. 37 on February 13th, 2019. The resolution directs the President to remove U.S. Armed Forces from hostilities in or affecting Yemen within thirty days by invoking the 1973 War Powers Resolution, a law that requires the President to remove U.S. armed forces from hostilities after 60 days unless Congress authorizes a later withdrawal date. The Senate also passed a parrell resolution with the same verbiage, S.J. Res. 7, on March 13th. H.J. Res. 37 is now waiting on a vote from the Senate and S.J. Res 7 a vote from the House, before they move to the President’s desk to be either vetoed or signed into law.

Congress moved to limit arms sales to the Kingdom and end military support, notably mid-air refueling services, to the Saudi-led coalition in Yemen for three reasons. First, the coalition’s atrocities in Yemen have been well documented, as has U.S. support to the Saudi armed forces. By banning military support and mandating that the Secretary of State, among others, present a strategy to end the Yemen civil war, the bill distances the United States from the war. Second, U.S. military aid and assistance is vital to Saudi Arabia’s war in Yemen, and continued U.S. arms sales are critical to the Kingdom’s overall military readiness. From the perspective of Congress, refusing to sell these arms and banning U.S. military assistance in Yemen signals that the U.S. does not unconditionally support allies that flagrantly violate internationally-recognized human rights standards and the laws of war. Finally, by passing laws that unequivocally ban arms and aid, Congress aims to prevent the President from mitigating the pressure it wants to place on Saudi Arabia. A Congressional ban on arms sales and aid to the Kingdom is a red line that the executive will have to obey. Conversely, if Congress tasks an unwilling executive with implementing complex financial sanctions, the Trump administration might use the executive’s Constitutionally-granted discretion to limit who and what these sanctions effect.

If Congress passes H.J. Res. 37, S.J. Res. 7, or the Saudi Arabia Accountability and Yemen Act of 2019, President Trump will likely use his veto power. Congress would then need two-thirds of its members to vote in favor of these bills to override the veto and pass these laws.

However, in the likely event that two-thirds of Congress cannot agree to pass any of these laws, the legislature’s hands are far from tied. While passing a law directly limiting arms sales to the Kingdom is the cleanest option, Congress can still use existing laws to express its displeasure with Saudi Arabia’s killing of Khashoggi and pressure the Kingdom to seek a peaceful resolution to the war in Yemen. This strategy requires Congress to show that selling arms or providing aid to the Saudi coalition violates the War Powers Act, the Arms Export Control Act (AECA), the Foreign Assistance Control Act (FAA), or the Leahy Laws, and that the U.S. courts enforce these laws. 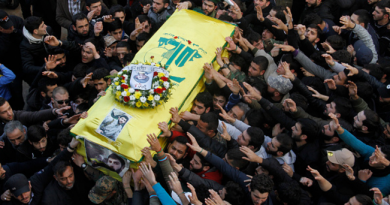 Hezbollah in Syria: a gamble too far? 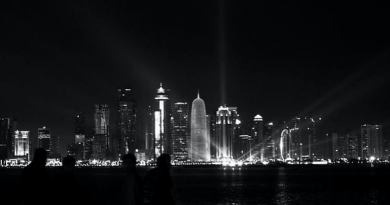 May 21, 2016 Comments Off on What’s Holding Up Labor Reforms in Qatar? 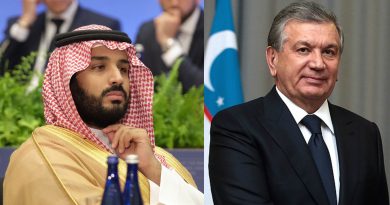 Reform or reshuffle? A comparative glance at Saudi Arabia and Uzbekistan

May 10, 2019 Comments Off on Reform or reshuffle? A comparative glance at Saudi Arabia and Uzbekistan