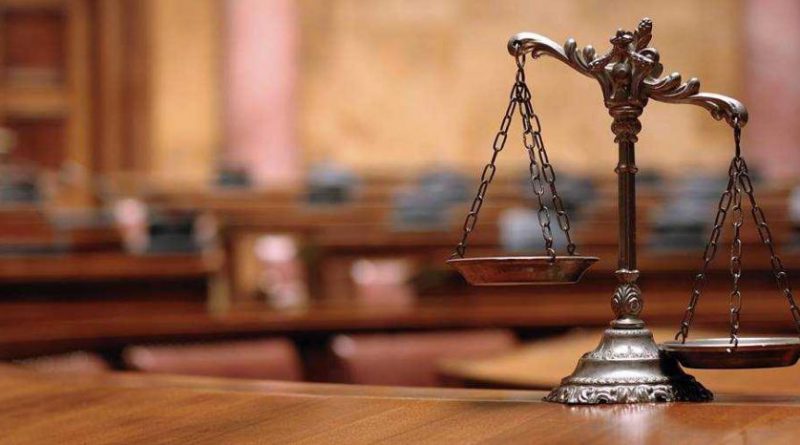 “Why a Traditional Austerity Plan Would Exacerbate Lebanon’s Woes” is a piece from and first preview of JMEPP’s Spring 2020 Edition, Arab Uprisings: The Second Wave, written by our Managing Editor for Political Economy and Security, Mounir Mahmalat.

ABSTRACT Following the eruption of mass protests in autumn 2019, Lebanon’s economy sled into a deep financial and economic crisis. Given the magnitude of Lebanon’s contemporary economic woes, a bailout program with participation of the International Monetary Fund (IMF) appears unavoidable. However, while a bailout program could avoid formal default and cushion the immediate effects of financial impasse, the austerity measures that will come attached are unlikely to achieve their goals. This article argues that in clientelist polities with weak states such as Lebanon’s, austerity programs carry the risk to leave unaddressed the underlying inefficiencies that led to economic decline in the first place. Instead of prioritizing budgetary measures and spending cuts in a conditional reform program, international donors should seize this novel window of opportunity to legitimize a reform plan with popular demands. Measures to increase judiciary independence and political accountability in particular bear a larger potential than austerity measures alone to change politics and finally create a sustainable economic model.

Virtually every contemporary analysis of Lebanon’s perennial economic woes focuses on its high level of government debt. Currently amounting to more than 150% of GDP, interest payments consume more than a third of the public budget each year. Such high levels of debt crowd out important investments in social services and infrastructure and eventually risk default when financial conditions deteriorate and tax revenues drop.

Today, this risk is greater than ever. The accelerating deterioration of economic activity and governmental tax revenue combined with declining external support start to cast doubts on the treasury’s ability to repay maturing Eurobonds. Fearing a formal default and its unpredictable political and economic repercussions, former Prime Minister Saad Hariri turned to the International Monetary Fund (IMF) to explore options of “technical assistance”. Although no official request is yet pending, any bailout program without the IMF seems unlikely. Such programs grant assistance in the form of concessional loans and similar financial instruments in return for the implementation of “structural adjustment policies”, which include measures such as austerity and fiscal adjustments in the form of the reduction of government spending, privatizations, and debt restructuring programs.

But while a traditional bailout program based on austerity measures might save the country from formal default and cushion the immediate effects of financial impasse, the austerity measures attached to it are unlikely to achieve its targets. Instead, they will exacerbate the country’s political and economic challenges.

Because at the end of day, the problem is not borrowing itself. The problem lies in what is being done with the money.

Although recent IMF strategy papers indicate a shift toward granting social spending higher priority, recent programs in Egypt, Jordan, and Tunisia exemplify that IMF programs in the Middle East still follow the old neoliberal textbook of prioritizing austerity measures to salvagepublic budgets.[1]Not only is this philosophy criticized for a number of important normative reasons. In clientelist polities with weak states such as Lebanon’s, austerity measures—including major budget cuts in public administration and on state personnel whose details are left at the discretion of elites, the reduction in government spending on social services and infrastructure, or the further privatization of state assets such as the telecommunication sector—carry the risk to leave unaddressed the underlying inefficiencies that led to the dilapidated state of state finances in the first place.

For one, austerity would further depress economic activity. Government spending on personnel costs, comprising roughly a third of governmental expenditures as well as the fastest rising expenditure item over time, constitutes a major contribution to aggregate economic activity, which is relying to roughly three quarters on consumption and services. Rural areas in particular, largely deprived of the few remaining contributing companies to productive industrial activity, heavily rely on government spending on policemen, teachers, and other state personnel.

Cuts to their salaries and pensions, let alone lay-offs, would thereby further contract the purchasing power of thousands of Lebanese, many of whom are located in areas void of alternative sources of income. The absence of a productive base that could sustainably finance imports via non-remittance foreign currency (or reduce the reliance on imports all together) will come to exacerbate this trend should the Lira continue its devaluation and make imports more expensive. The result would be a significant reduction in consumption expenditure, which will put additional pressure on companies’ already heavily strained balance sheets as well as the large informal sector, which contributes roughly 30% to national GDP and comprises more than half of total employment, depends to a large extent on spending on consumption.

In the absence of functioning social protection mechanisms, cutting the salaries of public employees would therefore expose many Lebanese to further economic vulnerability. With people unable to repay housing and business loans or the education of their children, inconsiderate austerity has the potential to accelerate the development of a contemporary financial impasse into an intergenerational disaster. Tens of thousands of families have already been forced to take their kids out of private schools, while universities face financial pressures arising from their students being unable to pay their tuition fees.

Furthermore, budget targets that are externally imposed and unspecific tend to fail to generate the necessary ownership in politicians to implement reform.[2]Lebanon’s experiences with past reform programs are a striking example. Such ownership, however, is a central prerequisite to structural reform and to realize the much-needed efficiency gains in service provisioning in particular, a central reason for the ongoing protests. If the quality of the public administration and the services it offers would be commensurate to the size of the public sector, high personnel costs would not be problematic per se. However, Lebanon’s elites have proven to be remarkably resilient to induce efficiency gains as the size of most public institutions reflects purely clientelist considerations. To get a job in the government, sectarian affiliation trumps merit.[3]Any meaningful way to improve the efficiency of public service must thereby start from reviewing hiring procedures, rather than simply cutting expenditures on public administration,[4]to ameliorate the ratio of public expenditures to the quality of services they offer.

Even more importantly, however, further austerity would increase both economic and political inequality in a country that already exhibits one of the highest rates of income inequality worldwide.[5]Privatization of, for example, the telecommunication sector would further concentrate economic wealth in the hands of few. Moreover, a reduction of purchasing power, as outlined above, would foremost hit those sectors of the economy in which political elites have little to lose. Recent research with LCPS shows that elites gain their economic wealth and subsequent political power from connections to companies in sectors that are relatively protected from economic downturn. Combined with the low quality of public services and social protection, these patterns will further exacerbate the dependency of the poor—and increasingly the vulnerable middle class—on their communal elites for the provision of jobs, healthcare, and education.

That way, such a program would not only fail to deliver on its targets. It will facilitate the game of the elites.

Besides, it is these ingredients—increasing inequality, dependency on elites that aim to maintain their popular support, and decreased opportunity costs of violence due to economic vulnerability as well as a reduction of purchasing power—that generally fuel violent opposition and possibly armed conflict.[6]

Instead, and despite all of the legitimate reasons to lose trust in the ability of Lebanese elites to deliver on their promises, Lebanon’s donors and partners should concentrate on formulating a set of conditions that give room for a positive economic shock for the economy. Such a positive shock could prevent businesses from shutting down, retirement plans being cut, and public employees being laid off in the absence of functioning social protection mechanisms. Granted, the Capital Investment Plan attached to the CEDRE conference was meant to provide precisely that: An investment program into Lebanon’s dilapidated public infrastructure that could have generated thousands of jobs and other efficiency gains.

Yet, political bickering and inertia have prevented the Lebanese from realizing the programs’ potential. By adopting a more long-term vision, conditional assistance programs, if led by the IMF or other donors, should nevertheless seize this novel window of opportunity with a new government and a vigilant civil society and prioritize reforms that can eventually facilitate a qualitatively different formation of political will in the future. For economics to improve, politics must change. These measures include some of the present day’s central popular demands, in particular a reform of the judiciary to ensure its independence as well as other accountability enhancing mechanisms that increase politicians’ exposure to their citizens’ demands. Such reforms would change the game of elites much more than any austerity plan could.

All of this is not to say that structural reforms would be dispensable. There is no way that Lebanon can avoid adjusting its fiscal policy and restructuring its inefficient public sector—a sector that drains on public resources, crowds out necessary investments and still fails to deliver essential services—if it ever wants to escape the vicious cycle of debt and confessional politics and therefore adopt a sustainable and prosperous growth path. Yet, reforming the public sector and cutting back expenditures should not be dominated by austerity but emanate from a positive idea for Lebanon’s future and a larger plan to restructure the economy to make it sustainable.

To legitimize these reforms and increase political pressure on elites, international assistance programs should seize the present day’s window of opportunity and make financial assistance conditional on a reform program that reflects citizens’ demands. It should abstain from prioritizing to salvage budgets above measures to increase political accountability, electoral incentives, and administrative productivity to restructure political life. Because if these underlying inefficiencies are not addressed, no austerity program will achieve its targets. Instead, it will exacerbate Lebanon’s woes.

This article has previously been published be Le Commerce du Levantand Lebanese Center for Policy Studies.

[1]United Nations (2019) “Arab Human Development Report – Leaving no one behind”, Available at: arab-hdr.org 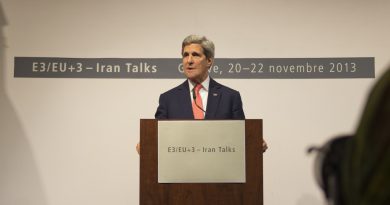