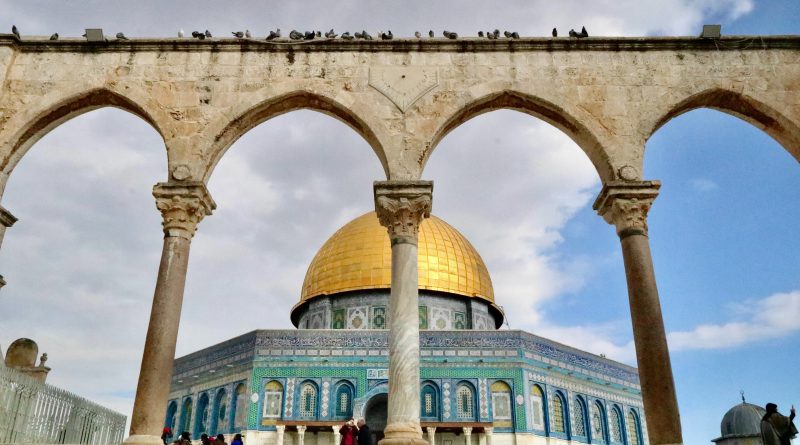 Undoubtedly, Waste Siege is a fresh perspective on the state of Palestinians under occupation. It converges anthropological investigations of waste and infrastructure to ponder on the excesses and materiality of capitalism where it aligns with the processes of the Israeli state’s colonial regime. Sophia Stamatopoulou-Robbins describes the status of the individual in the context of the Palestinians, who on the one hand are surrounded by unprecedented amounts of waste they are unable to escape, and on the other, live and work under brutal occupation. Stamatopoulou-Robbins states that waste exerts pressures on the everyday lives of Palestinians, forcing them to implement creativity through improvisations. The book presents a series of examples of waste as experienced by Palestinians including that of landfills (Chapter 1), used goods (Chapter 2), the phantom state (Chapter 3), unwanted bread (Chapter 4), and sewage (Chapter 5), in a shared environment between the Israeli state and the pseudo-Palestinian state. For the purpose of this book review, the former three examples of waste will be discussed.

Stamatopoulou-Robbins frames the term waste siege as the necessity of engaging with that which is unwanted in one’s effort to escape it. The book focuses on “waste and waste management in the absence of a state” (p. 3). It presents the term waste siege as occurring in the absence of the indigenous state of Palestine and in the presence of the belligerent Israeli state. Because people’s experiences of waste are created by the state’s facilitation of resources to waste management, the uneven distribution of these resources points to the lack of sovereignty and provision of public goods by Palestinian governance.

With reference to the state, Stamatopoulou-Robbins’ provides a well-written analysis of what she calls the phantom state (shibih dawla) – where the state is a symbolic entity that does not provide the necessary public goods to its people. In the context of her book, the phantom state is the Palestinian Authority. In the municipal waste zones and designated landfills, the Authority has been undertaking the construction of landfills to reduce Israeli control over Palestinian waste infrastructure (p. 60). The Authority must therefore provide the necessary centralized control to facilitate waste. Yet, their lack of facilitation in these zones is in part because of life under occupation, which consequently renders control to the occupational Israeli forces. As a result, Stamatopoulou-Robbins makes the point that waste is yet another factor that makes the Palestinians aware of their existence in the modern colonial oppression espoused by the Israeli state. Stamatopoulou-Robbins even describes the process of burning trash as another way the Palestinians are subjugated to the oppression under occupation because they are breathing in the dioxins that are being released, which can result in lethal medical conditions (p. 41). Landfills are also presented as a temporal time frame for waste burial.  By constructing landfills, Palestinian governance is undertaking yet another modernization project to develop a more ideal future. Simultaneously, the construction of landfills reduces the habitable land that Palestinians live on, which is already being rapidly reduced under occupation. Once the landfill reaches capacity – which tends to happen rapidly – a new one must be constructed. Moreover, Stamatopoulou-Robbins states that this is a phenomenon where Palestine is both upwardly mobile and stuck (p. 56).

Stamatopoulou-Robbins’ exemplary analysis of Jenin’s rabish market (or flea market) is another facet of the impact of waste on Palestinian agency. The items that Palestinians are purchasing from the rabish market are used goods from Israel, and their movement from the hands of Israelis to the hands of Palestinians serves as an open checkpoint from one side of the border to the other. The rabish elicits a convergence between modes of governance, class mobility, state-to-state separation, and political aspirations. These goods not only emphasize the displacement of the Palestinian people because of the flow of goods from the hands of the occupational regime to the hands of those under occupation, but they emphasize a contradiction. Stamatopoulou-Robbins raises a controversy surrounding a social aspect of Palestinian society: cleanliness. The rabish items are considered to be dirty because they are used. For this reason, it is socially dangerous to place them in one’s home or to wear them on one’s body. Yet, Palestinians purchase them as part of a culture of renewal, where items in the home and clothing are constantly being renewed. The purchase of the rabish is also symbolic of the consumption of waste from the colonial regime. Palestinians become agents of Israeli colonialism by consuming the items that they no longer need.

Stamatopoulou-Robbins raises necessary questions about the agency of the Palestinian people through the political formations of statehood and Israeli occupation. The former sheds light on the disenfranchised Palestinians concept of the nation and the state, and the latter discusses the everyday obstacles that require them to repeatedly remake their goals and movements. As she explores the modern nation, Stamatopoulou-Robbins sees the state through the eyes of Palestinian engineers and waste professionals, and the projects they undertake to facilitate waste as “national” (watani) work or a “national project” (mashru’watani) (p. 34). The Palestinian citizen (muwatin) is rallied by the local authority under both Palestinian governance and Israeli occupation. Hence, the projects that are being undertaken in the name of the Palestinian nation are being undermined by the Authority’s lack of sovereignty. The phantom state therefore suggests that the Authority’s lack of non-sovereign governmentality presents the unspoken acknowledgment of Israel’s sovereignty (p. 135).

Waste Siege is a captivating book on the impact of the global inundation of waste, and waste infrastructure, on the lives of Palestinians. In a sense, Stamatopoulou-Robbins carves out the constellation surrounding waste, and in a bigger picture, a global economy of inundation. Waste Siege invites its readers to consider both the absence and the abandonment by the state, which “can actually be lived as inundation” (p. 212). Waste Siege also demonstrates the disenfranchisement of the Palestinian people as a result of their close proximity to the different types of waste and waste infrastructures. This inherently remakes the way waste serves as a political actor for the Palestinians and it aggravates debates surrounding environmentalism, the provision of public goods, property, and the potency of the Authority’s governance. This book is a fantastic read for anyone interested in the lives of Palestinians under occupation from a refreshing perspective on the nation, and the nation-state. It is a wonderful analysis of Palestinian statehood and the ensuing debate on the Authority’s success as a governing body. Waste Siege could also be an exceptional read for students and scholars of environmental policy and planning, and in particular, how these fields take shape in the modern Middle East. 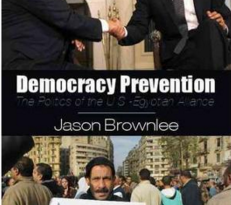 November 9, 2015 Comments Off on Democracy Prevention: The Politics of the US-Egyptian Alliance